Adventure game fans have waited patiently for Obsidian Entertainment’s The Outer Worlds to come to Nintendo Switch. Unfortunately, it’s going to be just a little longer. Private Division, the publishers of the critically acclaimed adventure, recently announced on Twitter that the Switch version will not make its previous release date of Mar. 6.

“We’re delaying @OuterWorlds on Nintendo Switch due to the coronavirus impacting the Virtuos team working on the port, to provide them enough time to finish development,” it said. Virtuos is based in Singapore, where some cases of the spreading disease were previously reported. Fortunately, no one on the team has fallen ill.

“To clarify, the team at Virtuos is ok, but their office has remained closed during this time,” the publisher explained in a follow-up tweet. “We’re working with the team to determine an updated development timeline, and will share more regarding a new launch date shortly.”

There is some good news to come from the delay. First off, Virtuos has done amazing work on its Nintendo Switch ports in the past, including Spyro: Reignited Trilogy and Dark Souls Remastered, so The Outer Worlds is in very capable hands. These recently leaked screenshots show just how well it’s progressing.

The second is that the game will no longer go to retail with a download code inside. Instead, it will have something that Switch game collectors will truly savor: “We’ll now be releasing the physical version on cartridge,” the Twitter post said.

While this delay might bum out a few hardcore players, the final release should be worth the wait. 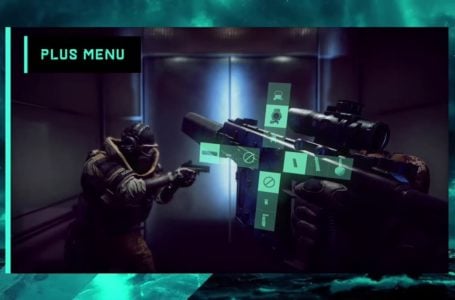 What is the plus menu in Battlefield 2042?