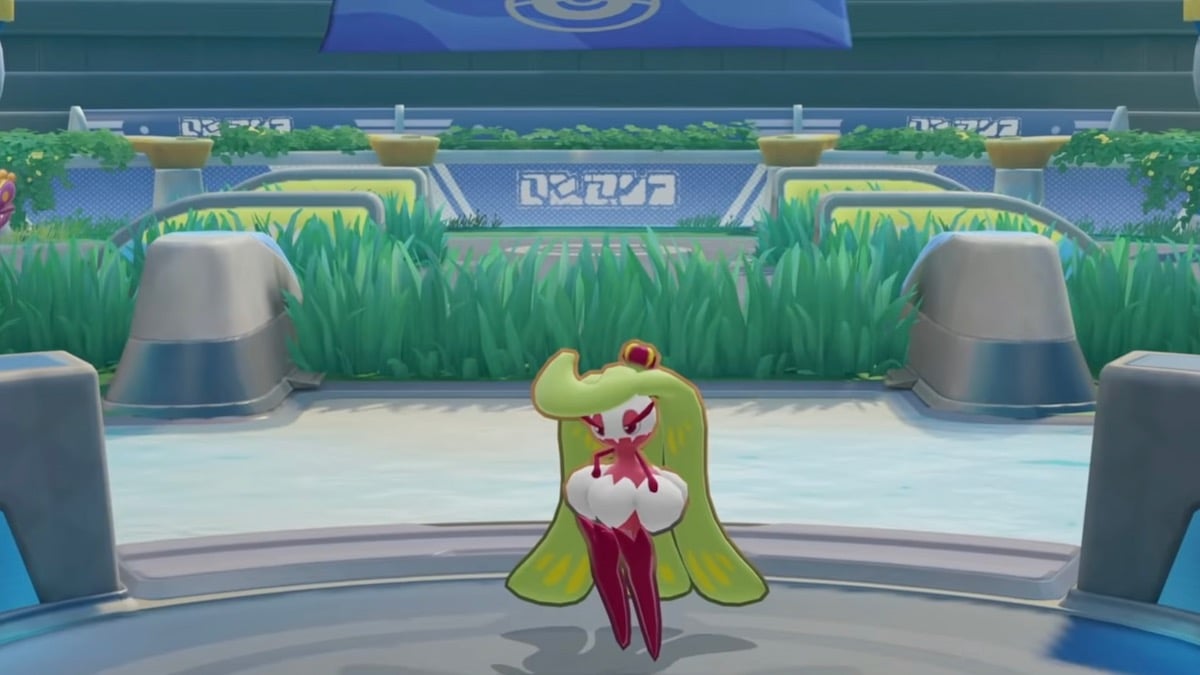 Tsareena will join Pokémon Unite’s roster on December 9, as announced on the game’s Japanese Twitter account on Thursday. Additionally, its Unite License will be free to obtain upon logging in following an update on the same day, confirmed the game’s developer.

The tweet also shared a trailer depicting the new all-rounder in action. Tsareena looks to be a fairly quick fighter boasting some close-to-medium-range options. Its Unite move, Queen Aerial, sees the Pokémon launch its target upward before delivering a strong midair combo capped off by a devastating downward strike.

The trailer makes Tsareena out to be a competent one-on-one fighter, but it remains to be seen how it’ll fare against crowds. Tsareena will be Pokémon Unite’s fifth all-rounder, joining the ranks of Charizard, Lucario, Machamp, and Garchomp.

Tsareena’s inclusion was first leaked back in November, when dataminers unveiled promo art and text files indicating that the Pokémon would arrive on December 9 for free. With this announcement, the dataminers’ claims have been confirmed.

Tsareena isn’t the only thing Pokémon Unite is handing out for free this month. The game is also rewarding players with thousands of free Aeos Tickets in celebration of Pokémon Unite being voted the best game on the Google Play Store in 2021.