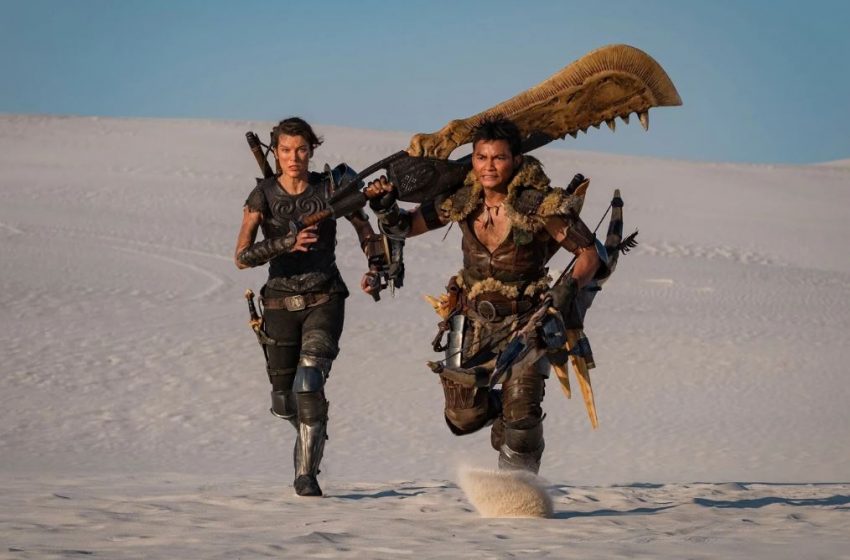 The Monster Hunter movie, which is set to release on Sept. 4, now has two new posters. They were revealed on IGN, and both posters include the main characters from the film holding weapons taken from the game.

On the first poster, actress Milla Jovovich, who plays Lieutenant Artemis, shows off a Great Sword from the game, the badass Giant Jawblade. The second poster features Tony Jaa, The Hunter in the movie, holding the Great Hunter’s Bow. The background of the posters, a desert setting, bears resemblance to the Wildspire Wastes in Monster Hunter World.

The posters will be available in mini-print at the Monster Hunter Festa event at PAX East on Saturday, Feb. 29. PAX East takes place in Boston, so if you’re at the convention or in that neck of the woods, grab yourself one.

Monster Hunter director Paul W.S. Anderson, who is known for directing the Mortal Kombat and Resident Evil film series, stated that the plot will stick closely to that of the game, just altered. Lieutenant Artemis and her unit, which is filled with elite soldiers, fall into a portal and find themselves in a world filled with monsters. They then enlist the help of The Hunter to find a way home, back to our world.

Anderson has also assured fans that all of Artemis’ costumes, weapons, and equipment are based directly on those from the games. The movie will be rated PG-13.