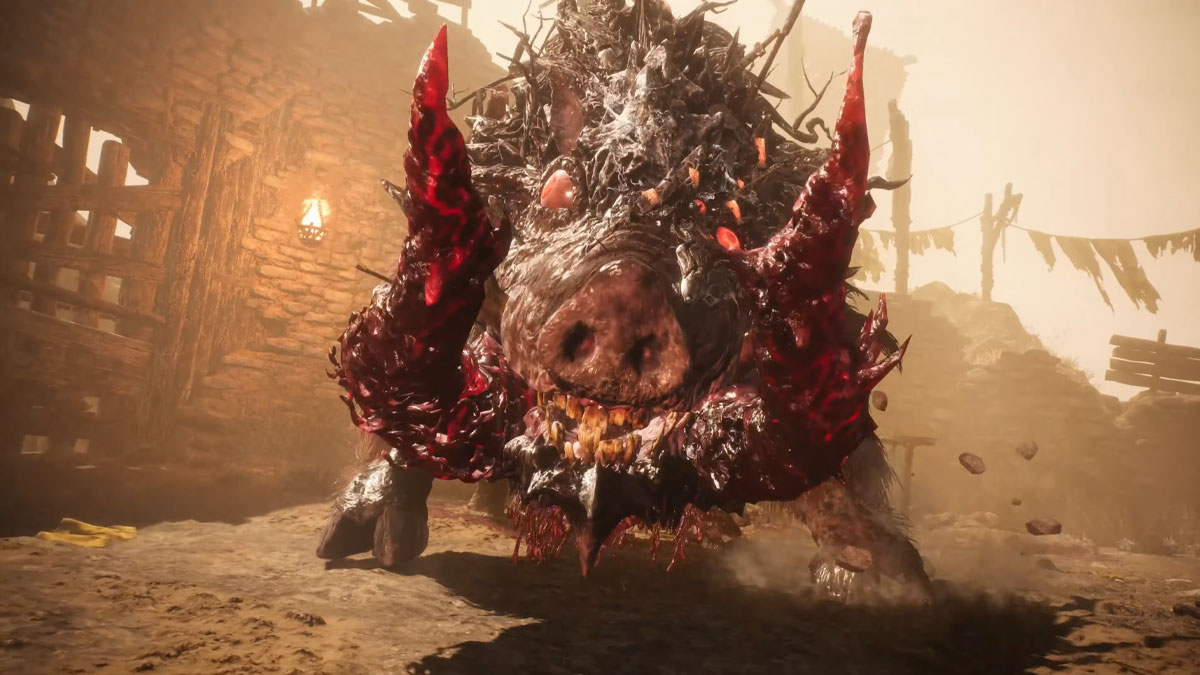 Team Ninja spent time in samurai-era Japan with the Nioh series, but the studio’s next game is taking the action to China. Wo Long: Fallen Dynasty is set during the time of the Three Kingdoms, all of which are being attacked by demons. The latest action-packed trailer shows off a few of those monsters, including a terrifying plus-sized pig.

Wo Long’s latest promo video is called the Action Trailer, and it’s a fitting name. Over the course of two minutes, we’re treated to a ton of fast-paced, action-packed moments. Giant apes, alligators, and the aforementioned pig all get some time to shine, but the pig is shown off more like a boss fight. It seems there are going to be a lot of plot-centric battles against these super-sized beasts. Opposing generals and soldiers from the Three Kingdoms also serve as enemy encounters.

From the reveal of Wo Long: Fallen Dynasty, the game was shown to be a faster-paced experience than its Nioh predecessors. If those games had combat akin to Dark Souls, then it’s fair to say Wo Long is closer to Sekiro: Shadows Die Twice. Fast and acrobatic weapon attacks, counters, and spells are all part of the combat system. Magic is tied into the Five Phases, a system of philosophy that likens a lifetime to five elements. Fire, water, wood, metal, and earth spells are all at your disposal in Wo Long.

The trailers have looked promising so far, but we’re still left with some questions. First and foremost, what is the release date of Wo Long: Fallen Dynasty? The game comes to PlayStation 5, PlayStation 4, Xbox Series X/S, Xbox One, and PC on March 3, 2023. The PlayStation version is important to confirm since the marketing for Wo Long has been done through Xbox channels so far. Yes, that does mean that the game will be playable on day one on Game Pass for Xbox and PC.