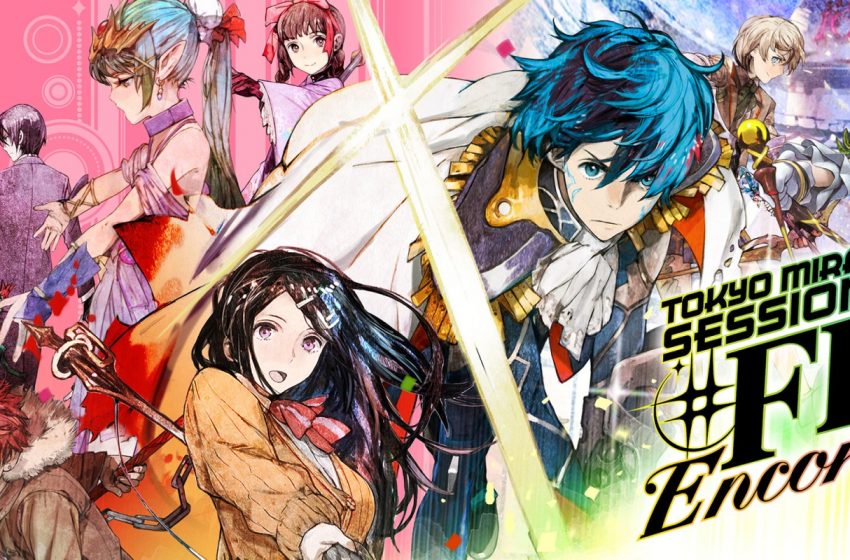 Nintendo has been pretty focused on porting over its Wii U titles since the Switch came out a few years ago, with nearly its entire library of Wii U games including Mario Kart 8, New Super Mario Bros. Wii U, and a string of other games (apart from the eye-raising omission of the insanely popular and well-received Super Mario 3D World) currently on the system.

In 2020, Nintendo is delighting fans with the weird and wonderful Tokyo Mirage Sessions #FE, now with “Encore” slugged onto the title, likely to keep fans entertained and their pockets drained before Animal Crossing: New Horizons comes out in a couple of months.

While we could discuss aspects of the game that players of the original will already know and love, and rehash a lot that has been said already about the game, we want to instead focus mostly on the new additions within the title while briefly touching on what made it a great game to begin with.

Tokyo Mirage Sessions #FE, a crossover competitive role-playing game made by Atlus, was released in 2015 for the Wii U and bought together the Shin Megami Tensei series and Fire Emblem.

You play as a band of humans fighting against hostile beings known as Mirages, who seek to steal an energy source known as Performa from residents of Tokyo. The story revolves around a group of teenagers who ally with friendly Mirages (who take the name and forms of famous Fire Emblem characters) to become Mirage Masters.

Only by working together in colorful RPG turn-based battles, and scouring the lairs of the evil Mirage, can you save Tokyo and find out the mysteries surrounding the disappearances of humans, and exactly what is going on.

The game is split up several gameplay elements. You walk around real-world locations of Tokyo to move the story forward, while also diving into areas known as Idolaspheres (essentially dungeons), were the nitty-gritty battles and RPG grinding takes place. You also have returning features, like the Unity and Battle Systems, that fans of the original game know and love.

Think of a mixture of Shin Megami Tensei/Persona battles with classic Fire Emblem leveling and stats (as well as jingles) in a world focused on idols, performances, and mystery, and you can almost come to terms with what the game is about.

Onto the New Stage

Just like with previous Wii U ports, Nintendo and Atlus have added a few, albeit smaller, extras into this rerelease.

The Switch version has a handful of small things to tide you over, such as a brand new EX Story, a new dungeon, a couple of new allies in battle, and a host of new tracks, but apart from that, you are mainly playing the same game as before.

There are a few extra costumes, too, and all the previous DLC from the Wii U version has (mostly) been packed into the Switch version. There are even nods to recent titles in the Fire Emblem series, such as new threads inspired by the Three Houses universe.

Without going into spoiler details on what all that is, there are at least a few new things to tide people who played the original over. In mostly remaining the same, many of the previous problems also see a return.

Tokyo Mirage Sessions #FE Encore is something we could only class as an imperfect game that brings together two beloved franchises that really shouldn’t have been bought together in the first place. What sounds like a fan’s dream on paper was always going to be challenging to put into a game, but the devs over at Atlus really did outdo themselves with their choice of direction for the title.

The combat is fun and is Shin Megami’s battle system in all but name. But the exploration and puzzle-solving sections are still pretty bland, drawn-out, and dull at the best of times.

The story is also your typical JRPG story, either, with a lot of question marks and poor explanations that don’t really come together until the end. Everything just seems to happen, and we and the characters are meant to accept what is happening simply because, narratively, it’s “destiny.”

Frankly, it can be quite a bit of a mess at times.

In short, the Switch version of #FE is the same game you knew on Switch, with a few extra snippets to bring long-term fans back.

It likely won’t be the last of the Wii U ports, but it is still one of the best Wii U games from the previous generations. Fans of the older games looking to come back might find a kick from playing it again, but the game is really for those who never played the original and are looking to experience the game for themselves.

Disclaimer: Our Review copy was provided courtesy of Nintendo UK.