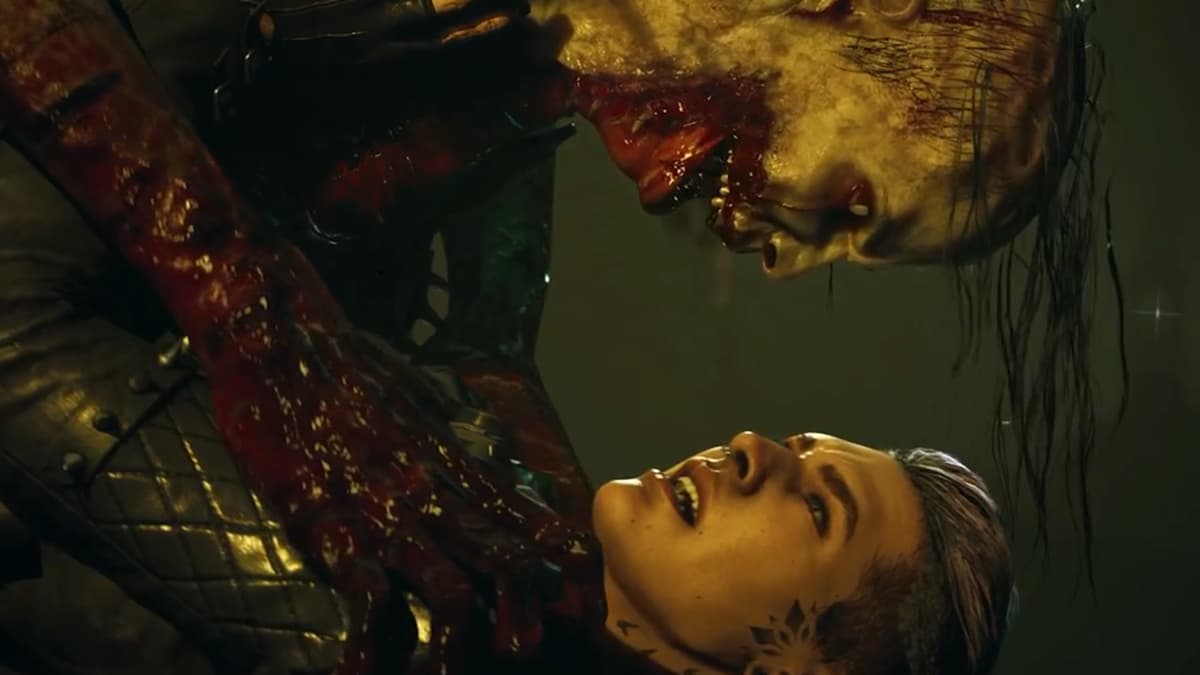 When Back 4 Blood was officially revealed last December at The Game Awards, it quickly became my most anticipated video game of 2021. I have always been a massive fan of the Left 4 Dead games and I consider the second one to be one of my favorite games of all time. Knowing that Turtle Rock Studios were returning to their roots and bringing that cooperative zombie action to the present gaming landscape was incredibly exciting to me. Many others have attempted it, but most aren’t worth more than a single game session.

With all of the above in mind, I can gladly say that Back 4 Blood mostly meets my expectations and in some cases, even surpasses them. However, some questionable decisions pull this down from absolute greatness.

There has been plenty of discussion since Back 4 Blood’s reveal about its similarities to Left 4 Dead. Turtle Rock Studios developed the first game before splitting off from Valve and making Evolve (a game we all desperately try to forget everyday). The idea starts off simple. Four people work together to fight off hordes of undead that include special mutated versions that have unique abilities. To add to it, Turtle Rock brings in tons of features and functionality to make the experience feel better than ever. A ping system, a vast array of weapons and attachments, an expanded list of offensive and medical items, and even aiming down sights are examples of how Back 4 Blood feels like an evolution of what came before.

The evolution I love the most is the new campaign. At launch, there are 32 levels total. While some of them borrow the same ideas from others, I love the variety of locations and objectives here. You are doing more than just trying to reach the safe room each time. New objectives include: delivering supplies, saving survivors, and defending an area. In fact, a level where you fight an endless horde in a bar to distract the Ridden away from buses full of survivors might be my favorite level/moment of the year. It was intense high action that had my blood pumping until the end.

What made that sequence so special are the entities you will run into plenty in this game: the Mutated Ridden, essentially the special infected of Back 4 Blood. For most of the Mutations, you will run into three classes that each have three variants. The Tall Boys can Slam on the ground or the Crusher variant can grab you and squeeze the life out of you. With them being so large, they take up a large chunk of screen estate and can require multiple teammates to take down. Hockers can spit gunk at you to trap you. The Stalker variants jump on you and pull you away. Add in the Stingers that shoot you from a distance and you have to be wary of the entire vicinity to take these guys out. It really makes you pay attention to the physical features of each enemy. Every one has a weak spot and you will need to prepare for dealing with them in a different way. Now add in boss Ridden like the Ogre and the sneaky Sleepers and you have enemies that require your full attention at all times.

To keep things simple, the gameplay is everything you love about Left 4 Dead. Focused teamwork and fun enemies to shoot. For the best experience, play with a friend.

Continues are a terrible design choice for this game

While the general gameplay feels great and modernized, there are still certain areas that just don’t feel right. For starters, no matter what difficulty you play on, you will always be restricted with a certain number of continues. This means if your whole team fails multiple times, you will be kicked out of the game. When you play on the harder difficulties,this becomes an annoyance beyond all comprehension. As you move up in difficulty, you lose the ability to choose certain levels as your starting point and have less continues. If there is a particular level you enjoy but it’s not in the starting point list, you are stuck either lowering the difficulty or playing through another level to reach that one.

Game overs are annoying because even though you have proven more than capable of reaching that level, you are kicked out of the game and reload something you’ve already mastered. In Left 4 Dead, you could constantly retry a level and not be kicked out. If you were stuck on a spot, you were given as many opportunities as you needed to complete it, even on the toughest of challenges. That is how Back 4 Blood should handle levels. Give the players as many attempts as they need to complete the objective and get rid of the ridiculous starting point systems not having full access to all levels on tougher difficulties. It harms the replayability the game strives so heavily for.

If you consider how everyone is a newbie right now, then this continue system just feels bad in general. This has led to some very frustrating game overs for me. While three of our members are working together, the fourth runs off and gets himself killed. If you played Left 4 Dead, you know anyone missing from your team drastically affects your chances at survival. This usually leads to us being killed eventually. Because we had that weak link on our team, we have only one more chance to complete the mission. If we fail, we are tossed out of the game and have to start two chapters back. Of all the ways to handle a campaign that has so many randomized elements, this is one of the worst I have ever seen.

A cinematic side and enjoyable characters bring back good feelings

Cinematic cutscenes are one of the most surprisingly awesome additions for the campaign. Many of them we have seen snippets of from various trailers, but they are all intense and shine a light on the Cleaners you will be playing as. It helps bring more life to the characters that I didn’t really know I wanted from this game. There is something to love about all of the Cleaners. The voice performances won’t win any rewards, but I enjoyed listening to their banter while going through each level. It never gets too annoying, which is important with them constantly by your side.

Order Back 4 Blood on Amazon

Another change I really enjoy in Back 4 Blood from Left 4 Dead is each character is actually different. Back then, it didn’t matter who you chose to play because they all played exactly the same. Now, each character starts with a different weapon and has a special ability unique to choosing them. Want an extra life before you die and instantly pick up a teammate once in a level? Choose Mom. Maybe you prefer having the increased stamina and regeneration of Holly. There is so much to love about this cast on both story and gameplay standpoints.

While I love the characters and their differences, the card system introduced in Back 4 Blood is a little disappointing overall. I love the idea that the Game Director plays Corruption Cards that change the game up each time, but the cards you get for your deck are simply kind of boring. On one hand, I can appreciate how the developers give you a chance to dictate certain buffs you want for your character. On the other hand, I just want to shoot the Ridden and play the game. I don’t really care about getting an extra 15 health with a card. Cards feel negligible in most situations.

To this point, I have edited my deck twice to throw in a couple cards better than the standard ones the game gives you, but even then none of them really ever have excited me. Outside of the Corruption Cards, I just don’t really care that much.

I don’t want to end this review too negatively, but looking at the potential Back 4 Blood has and Turtle Rock Studios’ past makes me think this team can’t get out of their own way. For example, Evolve was hyped up as one of the next big things in gaming for years. A number of questionable business practices and lackluster gameplay led to one of the most disappointing games in the last decade.

Now look at Back 4 Blood. As I mentioned, Back 4 Blood brilliantly revives and evolves the Left 4 Dead formula. That brilliance is accompanied by a multitude of smaller issues including a completely forgettable PvP mode in Swarm instead of Versus (which was a beloved mode in Left 4 Dead). The game actively discourages playing this game solo by cutting off progress if you choose to do so. The only way to play the game is to have an online connection. It works in an unneeded and unwanted continue function. The game doesn’t support mods. No splitscreen support is a massive departure from an area that many loved about Left 4 Dead. Everything continually piles up. These issues don’t ruin the overall experience at all for me, but they are mostly small issues that should not be there because of the precedent Left 4 Dead left behind.

I want Back 4 Blood to do so well, but everywhere I turn I feel like there is an easily avoidable mistake that past games have proven are beneficial to avoid. Sure, every game has its issues and it’s not required for a developer to include every fan-requested feature. I just don’t see a reality where ignoring or not understanding your playerbase is a good move, especially if you want to make a game that lasts for years.

Overall, Back 4 Blood is a great game with glaring flaws that bring it down a little. Maybe as time goes on Turtle Rock can address the issues and elevate this to a perfect game for me. I am so happy to have a Left 4 Dead successor that feels current for this gaming landscape and is genuinely a blast to play. The characters and enemies are fun, the shooting feels good, and they do try something new in multiple areas. On the other hand, certain choices will have you tearing your hair out. In short, Back 4 Blood stands apart from Left 4 Dead for better or worse. 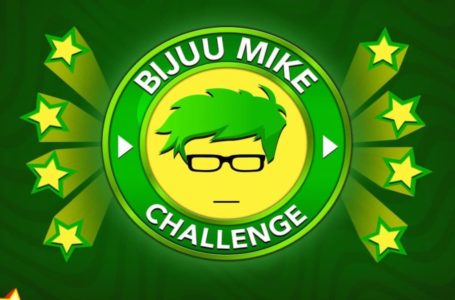 How to complete the Bijuu Mike Challenge in BitLife 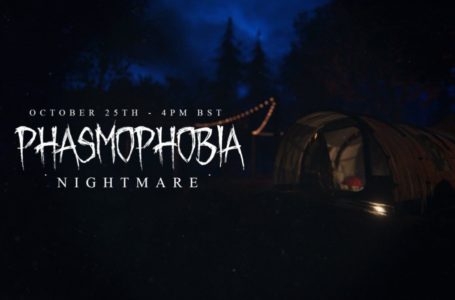 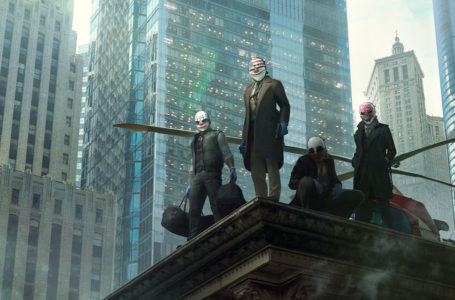 Payday 3 is taking the original crew to New York and into the digital age, as revealed by the developers

All premonitions in The Dark Pictures: House of Ashes