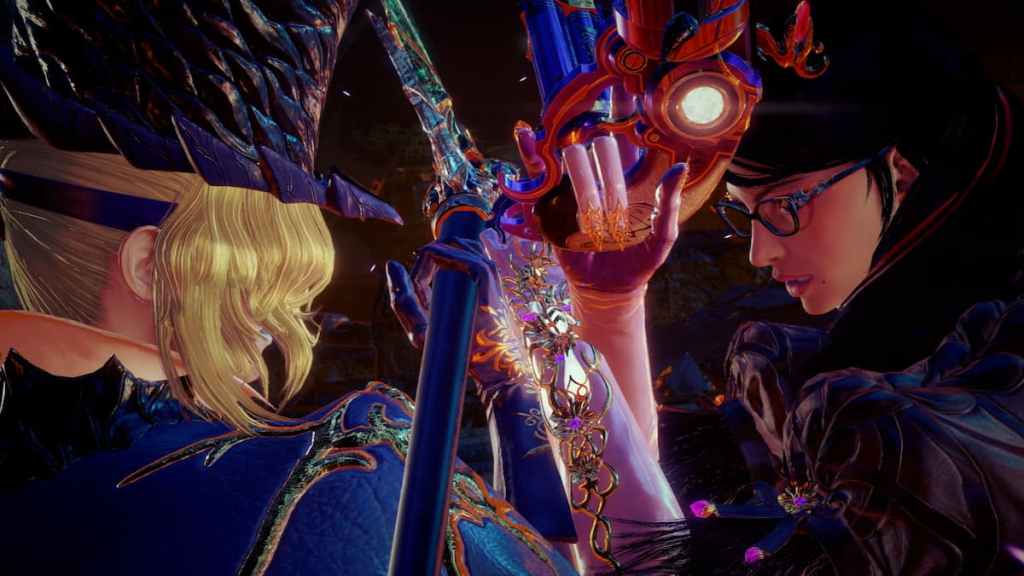 “Now it’s time to be naughty.” The opening moments of Bayonetta 2 laid the foundation for what would become an all-time action classic. The lengthy absence of Bayonetta has been felt in the years since Bayonetta 3’s reveal in 2017, with the character action genre chock full of lackluster sequels or watered-down spin-offs. Bayonetta’s brand of action would ultimately go dormant for several years, and character action would evolve into thoughtful adventure games rather than intense finger-blistering action.

As Bayonetta 3 continued to elude us, I wondered how it would fit into the modern gaming landscape. Would it feature a sprawling open world or try to dive into games-as-a-service elements? Luckily, Platinum Games decided to keep it old school and deliver a fun, if safe, action experience. Spearheaded by the reliably provocative Hideki Kamiya, Platinum Games set out to make a more extensive and bolder narrative and ramp up the action to try and keep pace.

Bayonetta 3 doesn’t necessarily pick up immediately after Bayonetta 2 but instead occurs alongside it. The game opens with Bayonetta sporting her debut costume and hairstyle, battling a force known as Singularity. This opening immediately thrusts you into the fray, where the controls and gameplay feel as familiar as Bayonetta’s classic attire. In an early game plot twist, Bayonetta is killed while a mysterious woman named Viola watches on. Shortly after this sequence, we are thrown into New York City with Bayonetta on a shopping spree with her old pal Enzo playing chauffeur.

While most of the intro sequence replicates its predecessors tried and true bombast, the balance between over-the-top cutscenes and intense action is out of wack. Short fights get interrupted with set pieces that take the controls out of your hand. The problem in the opening sequence is a microcosm of how I felt while playing the game’s 14 chapters.

Later in the first act, Bayonetta and some of her oldest friends meet at Rodin’s bar. Viola is also present, and it’s at this point that the story goes off the rails. Viola presents the Marvel Cinematic Universe’s favorite parlor trick and details a multiverse that has existed since the original Bayonetta game. This facet of the overall story is its weakest element, and Bayonetta as a heroine suffers as a result.

Lights, cameras, and lots of action

The underlying premise of the multiverse isn’t necessarily flawed, but the multiverse concept and its use in this story undermine one of the best heroines in all gaming. The thought of endless universes, with Bayonettas in each, cheapens the character and lessens the relationships she has with her friends. The overall story suffers as a result, as the core concept of endless Bayonettas needing to be saved by somebody else affects years of character development.

Due to the circumstances surrounding Bayonetta’s fate, you play as her trusted companion Jeanne and newcomer Viola for extended sequences. These segments are designed to give players a break from the action— instead, they take the best parts of the game out of your hands. Jeanne’s sequences play out in awkwardly designed stealth sidescrolling stages, which are neat, albeit clumsy in their execution.

Related: Who is Viola in Bayonetta 3? Answered (Spoiler Warning)

Viola fairs much better, sporting short white hair with a sheathe and katana fighting style channeling her best Virgil from Devil May Cry impersonation. Her combat style forgoes dodging and opts for parries instead. While simple, this change creates a nice contrast of styles between her and Bayonetta. Playing as these other characters, in addition to Bayonetta herself, is still the root of the core problem I had during my playtime: frequent breaks in the action.

While you’re playing as Bayonetta, the action sings. It is some of, if not the best character action I have ever played. Her abilities are extensive and varied, and every new weapon is unique and different. I would anticipate each addition to the arsenal to see how they try to top the weapon before it. The Umbra Witch is sassy, fierce, and an absolute joy to control and master. But when the momentum is at its peak, you’re forced into a mini-game or a chapter where you play as somebody else, and the pace comes to a crashing halt.

The strains of the system

All of the high-intensity action and massive set pieces come at a cost. In almost every chapter in the game, the Switch can feel like it’s taking more punishment than the enemies you’re facing. Frequent framerate dips and muddy resolution hampers the visual ambition of what Bayonetta 3 is attempting.

Bayonetta can summon her trusted Infernal Demons during standard combat sequences and use them as flashy quick time event finishing moves. The scale is awe-inspiring, and this technique can lead to a spectacle you rarely see in character action games. On the flip side, each time you use one of these creatures, the framerate will drop and the picture quality will suffer.

These performance hits don’t necessarily impact the action or diminish the fun it provides, but it is unfortunate. All I could think of during some of the game’s big moments was how it would all look and run on better hardware.

Bayonetta 3 can be a frustrating experience. When it focuses on Bayonetta herself and lets you build a nice flow and use your knowledge of her abilities, the gameplay is some of the best in the business. It’s intense, demands player skill, and rewards your expertise and execution.

The two-headed monster of the multiverse ending sequences and the pacing issues caused by taking action out of Bayonetta’s hands diminish what should be the triumphant, near-perfect finale that Bayonetta deserves. I enjoyed Bayonetta 3 far more after beating it, exploring chapters at my leisure, and avoiding all the sequences that take her out of the equation. Bayonetta 3 is a great action game, worthy of experience for anybody who is into the genre. It’s just not the flawless action experience it could have been.