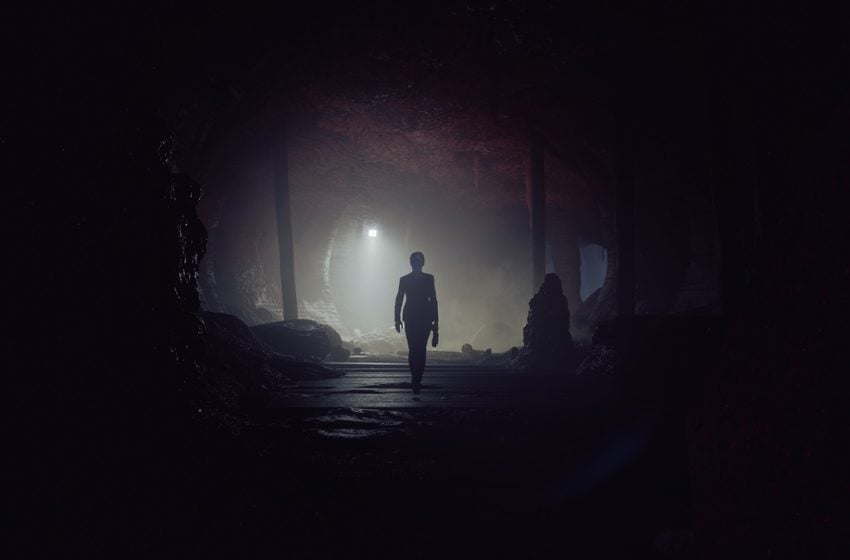 How do you make more content for a multi-award winning and fan-favorite game that both lives up to its lofty heights and continues to flesh out the world it is set in? For Remedy Entertainment, that question could not have been more pressing when it came to Control’s first expansion.

The Foundation, which picks up straight after the end of the main game, could have gone two ways. It could have been filed under ‘must do better’ as an overpriced, sub-par piece of DLC. Alternatively, it may have been viewed as a strong expansion that enriches the core experience and leaves players wanting even more from the action-adventure title.

Thankfully, The Foundation falls into the second category and, in its own way, shines where portions of Control didn’t. With a new overarching mystery to solve, intelligently designed side quests, and new combat mechanics to master, The Foundation provides a sturdy structure for AWE, Control’s second expansion, to build off of later this year.

With a name like The Foundation, it will be unsurprising to learn that Control’s first DLC takes place beneath The Oldest House, the Federal Bureau of Control’s global headquarters where research into paranatural phenomena takes place. Despite stopping the Hiss — Control’s antagonistic force — from infecting the world at the end of the main game, protagonist Jesse Faden’s work as FBC Director isn’t over.

Summoned to the Foundation by the eponymous, alien Board, Jesse finds an otherworldly object known as the Nail, a conduit between the Oldest House and the Astral Plane, has been badly damaged. With the Astral Plane colliding into our reality with potentially devastating consequences, it’s up to Jesse to locate missing Head of Operations Helen Marshall, eradicate the Hiss threat, and restore the Nail to its original form.

Unlike the Oldest House, the Foundation isn’t a shape-shifting landscape. There are areas that require platforming and puzzle solving to progress, such as when the Astral Plane bleeds into the Foundation or when Jesse needs to access a new area. For the most part, though, the Foundation’s various sectors don’t alter the ground beneath your feet, which is a welcome change from Control’s ever-shifting terrain. It allows you to concentrate on the task in hand, rather than worrying about how you’re supposed to navigate its underground passages if they were to suddenly rearrange themselves.

While your surroundings aren’t trying to kill you — apart from the Foundation’s endgame, which we won’t spoil here — new enemies are. Hiss Sharpened, foes that can move rapidly across short distances, can slash you with their axes at short and long range. Astral Copies and Astral Mimics, stone-based humanoids that appear to be the Nail’s protectors, see Jesse as a threat and are easily able to take you down if you’re not careful. Other Hiss enemies and Astral entities return too, and deciding which enemy type to prioritise during frenetic combat scenarios — especially when the odds are against you, which is most of the time — can be the difference between life and death.

Luckily, there are three new abilities for Jesse to master. Fracture is a Service Weapon feature that allows you to destroy crystals that form parts of the Foundation’s floor and hold up heavy structures. Shape enables you to use your telekinesis ability to “grow” these crystals in certain areas to make temporary barriers, crystal spike formations, or protruding wall platforms. And Shield Rush, meanwhile, combines your Shield and Evade abilities to let you rush your enemies, knocking them back, and then throwing your rock-comprised shield at them to deal decent amounts of damage.

Using Fracture and Shape, after luring enemies over crystal-covered pits or spike formation areas, is a delight, and it comes in handy in battles where enemy numbers can easily overwhelm you. They blend well with your other abilities and give you more creative ways to dispose of your foes, so you’ll never tire of ways to fight them off.

Of the two, Shape demands more accuracy. It can occasionally feel frustrating when you telekinetically pick up a small rock instead of raising a spike trap if your reticle isn’t accurately trained on the latter’s formation. For the most part, though, both abilities work seamlessly and add something new to the gameplay mechanics.

Shape and Fracture are useful in decoding particular puzzles and platforming sections too. Making and breaking crystal structures isn’t an overtly difficult process, but it adds a fresh twist to certain areas of the Foundation and makes you think — even if only for a second — about how to chart your path to the next objective. Destroyed crystals can grow back, so timing your shots, levitation, or rush abilities is another skill you need to master here.

Seek and you will find

The Foundation, like the main campaign, is full of secrets. There are a number of side quests for you to discover if you look hard enough, and each one — whether it’s a new Altered Item or world-building collectibles — is as challenging as it is stimulating. The Foundations’ best moments come when you find a hidden location accidentally, or solve a puzzle from seemingly innocuous objects lying around. It was gratifying to be rewarded for your curiosity in Control, and the same feelings are elicited here.

If there is a complaint to be made about The Foundation, it’s that its boss battles are a tad too easy. Control was an unforgiving game with difficult, frantic boss encounters. The Foundation has three — if you count the two you’ll find as part of secret side missions — but none are as challenging as the main game’s toughest foes. It’s a shame, particularly when you consider that you can be killed easily by the overwhelming numbers of the Hiss but not their superiors. The endgame boss felt particularly effortless and, if you find the right rhythm during the battle, it’s easy to cheese your way to victory.

The Foundation is a solid expansion that builds upon Control’s main game. It still offers up as many questions as it answers, but there’s a lot to unpack in its 8-to-10-hour playthrough, and it’s all worthy of your time.

It’s an intriguing, rewarding experience before the eagerly awaited AWE expansion— the Alan Wake-focused DLC — that lands later in 2020, even if the second expansion needs tougher boss fights to make for The Foundation’s trouble-free big dogs.

The Foundation does scratch that Control itch that’s been present since its initial release, though, and gives you bang for your buck if you’re willing to stray from the beaten path to explore every inch of The Oldest Houses’ deepest section.