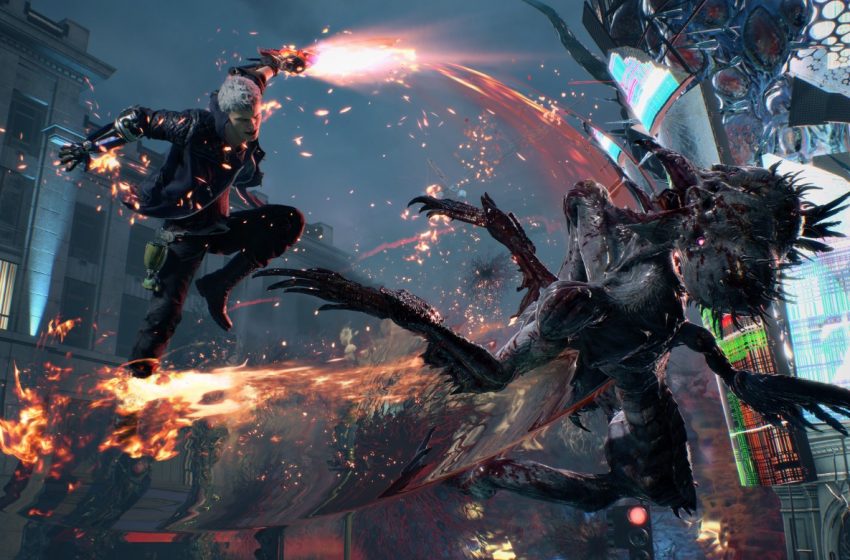 No one knows when the redemption arc of Capcom is coming to an end, but gamers aren’t complaining. After reviewing their stable series such as Monster Hunter and Resident Evil, Devil May Cry was naturally up next. Everyone thought that the 2012 reboot would be the final entry into the franchise, but here we are in 2019 with Devil May Cry 5. And unlike previous entries into the series, Devil May Cry 5 wasn’t held back by any budget/time restraints or taken in any drastically different directions. This is Devil May Cry distilled into its purest form!

So what have the demon hunters been up to lately? This latest entry takes place after the events of Devil May Cry 4 and sees Dante, Nero, and the mysterious V, facing off against their greatest threat yet. The overall story of Devil May Cry 5 is exactly what you’d expect and want from the series. Wacky/over the top characters are tasked with defending the human world from the demon world. This entry jumps straight into the action as if the extremely long gap between games never existed.

Characters such as Nico and V are awesome editions to the cast while Dante and Nero remain just as cool as you remember. There’s also an extreme amount of lore and fan service that fleshes out the world of Devil May Cry like never before. Usually, fans would have to depend on external sources for their backstory, but the game does a great job with Nico’s journal entries.

The overall plot is admittedly generic at first until certain reveals are made. Although some of them are predictable, they’re the kind of reveals that fans have been dying for. Strangely enough, this is perhaps the most feel-good Devil May Cry game. There’s a sense of closure by the time you reach the credits, and the game has fun with what it’s trying to do.

Comparing the game to its original anime influence style is offputting at first, but Capcom’s RE engine truly does shine throughout the game. The fact that the same engine that made Resident Evil 7 and Resident Evil 2 can facilitate the imagery of Devil May Cry 5 is astonishing. Never before has a Devil May Cry game felt as realistic as it does here and the characters are photorealistic. This is definitely a game that had hours of love and effort poured into its art style, and it perfectly merges technology and art. My only true gripe is that the color pallet of some levels can feel very similar but not enough to ruin the experience by any means.

As for the sound, it’s exactly what you’d expect from a Devil May Cry game. Swords clash with a piercing sharpness and enemies all have unique sounding attacks. The voice acting is also top-notch, and every actor knocks it out of the park. Even Nico’s unique accent is something that I grew to love throughout the game. As for the music, I’d be lying if said I didn’t hate “Devil Trigger” at first. But its definitely one of those songs that you go from mocking to singing unironically eventually. While I personally would never probably listen to any of the featured songs in my spare time, they definitely fit and don’t feel out of place. Everything just melds well to create an exciting presentation.

The gameplay of Devil May Cry 5 is…well this may sound hyperbole, but its… well, it’s literally the greatest character action gameplay ever designed! The gameplay is varied enough for casuals to have fun but deep enough that the skill level is infinite. Not only that but characters such as Dante have so many options that a separate character can be built from one of his many weapons. You literally can not buy every move in the game on a single playthrough without grinding for orbs here and there.

Players returning from Devil May Cry 4 will feel right at home with Nero. Most of his original combos return with a few new ones, but his new Devil Breakers are what set him apart. Due to some unfortunate events, Nero loses his arm at the start of the game and has to use Nico’s Devil Breakers. Essentially these are arms that allows him to punch enemies with a rocket arm, slow down time, propel himself in the air, and numerous other abilities. You can even escape enemies attacks by destroying your current Devil Breaker or use an extremely powerful attack that will also destroy your current Devil Breaker. Overall, the systems add enough variety to Nero to make him feel fresh again.

Next up we have everybody’s favorite emo boy; V. At first I hated V’s character based on principle but his arc in the game made me really appreciate him over time. Nevertheless, his gameplay one where you let your minions do the work for you. V can send out his pet demons that use long-ranged and close-ranged attacks that must be timed properly for huge damage. The only way that V can finish off enemies is with a killing blow where he teleports in and stabs them.

His entire playstyle is something new to the series and one that requires more patience and positioning. My first experiences with him were filled with frustration because I used to always getting in close and personal to enemies. However, once you purchase more moves for V and get into a certain rhythm, he’s perhaps the easiest demon hunter to use at face value at least. He wasn’t my favorite character to use, but I appreciated his inclusion in the game because it really switched things up during the campaign.

Finally… we have the legendary Dante who has too many abilities to name here. Dante’s gameplay is all about style switching and using all of your weapons. Sure you can get SSS ranks by using one style/weapon at a time, but the game really wants you to experiment with all of his tools. Honestly, the number of options I had was overwhelming but in a good way. Dante is made for players that plan on making those epic Youtube montages or those players that want to push the game to its absolute limit. Overall, I loved his gameplay even though I’m far from mastering everything he can do or even purchasing all of his moves yet.

Even after you beat the campaign, there are countless other modes to go through. On higher difficulty modes, enemies gain new moves and new enemies appear in certain locations. To truly even say you “beat” the game, in my opinion, you should clear the campaign twice. Even then, The Bloody Palace mode was just released for free and more DLC is on the way. Similar to how you replay a fighting game to get better, Devil May Cry 5 demands that you learn the intricacies of its varied cast of characters. For those of you that love slaying demons and eating pizza, Devil May Cry 5 is out now for PS4, Xbox One, and PC! 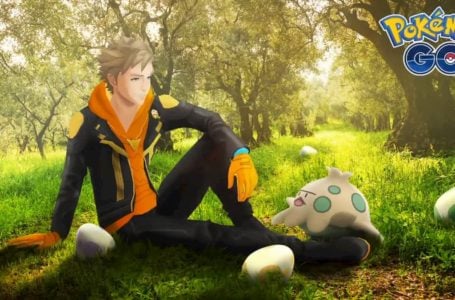 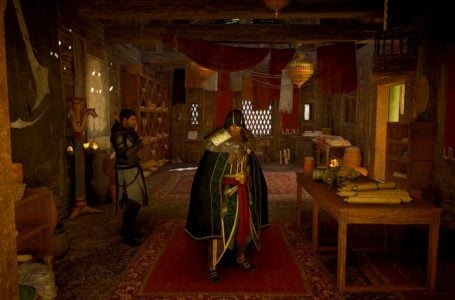