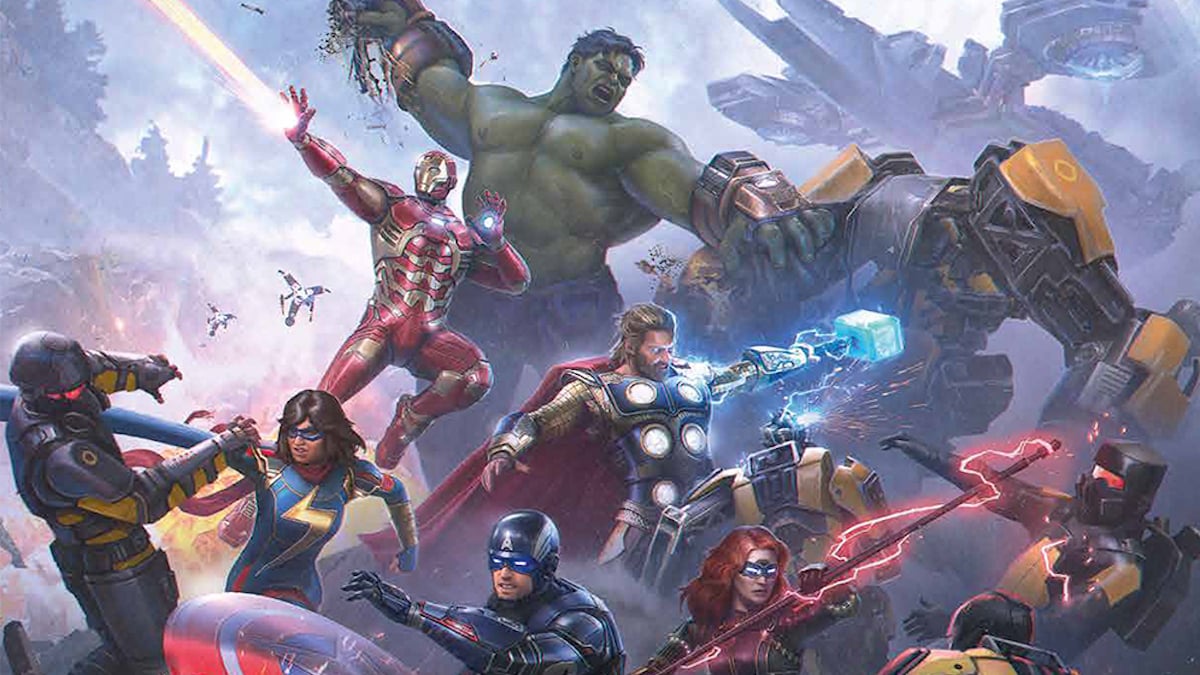 If you take enough time to deconstruct any piece of popular media, you will eventually reach the conclusion that it is derivative to some degree. Of course, this is natural in art and entertainment, as everything has its influences and creators will not be afraid to invite comparisons.

It would be impossible, then, to make a AAA video game based on a multi-billion-dollar franchise in a complete vacuum, but developer Crystal Dynamics’ efforts for the online multiplayer game Marvel’s Avengers feel imitative to the point where the end result is a Frankenstein’s Monster with an identity crisis.

Marvel’s legendary characters have pervaded comic books, film, and television for decades. Meanwhile, this game contains loot and live-service systems that are growing tiresome, and combat mechanics that fail to inspire.

If you squint hard enough, you will find original bits and pieces. But they are bogged down by concepts and elements that simply do not feel compatible with each other. To combine a game genre where customization, cosmetics, and social interaction are vital with an intellectual property that has a strict corporate eye over it is almost non-sensical.

There can still be fun gained from playing Marvel’s Avengers, but it may give you a headache — existential or otherwise — long before you reach that point.

Tales to (not) Astonish

Undoubtedly, the wisest creative decision in Marvel’s Avengers was framing the story with Kamala Khan (Ms. Marvel) as the protagonist. From a metacontexual perspective, Kamala is a fresh and exciting character, particularly for marginalized comic book fans, and her already-rising popularity will only grow thanks to her role in this game. Within the story, this young and wide-eyed aspiring superhero is the perfect character to reunite the disassembled Avengers, who are each carrying heavy emotional baggage after a disaster five years prior.

On the other hand, the legacy roster of Iron Man, Hulk, Captain America, Thor, and Black Widow isn’t nearly as exciting. It is difficult to create new versions of these overly-familiar characters, but their depictions in the game feel like distilled caricatures. The story supplies them some potentially interesting themes to play with, such as regret, guilt, and self-doubt, but the writing never gives the classic Avengers new life. It all sounds like it comes from someone who saw the trailer for the 2012 movie once and based their characterizations on that alone, eventually leading to voice performances that sound like impressions instead of efforts to truly embody the characters.

This is what gives the single-player campaign a sense of whiplash. Kamala’s coming-of-age arc, her relationship with her father, and her general idealism in the face of a much darker world help to ground the story, and there’s something special there. Likewise, the original Avengers might have had something to work with thematically, as the idea of beginning this story with the Avengers’ fall from grace is an original premise. Unfortunately, there is instead a sense that the story cuts corners, with sudden and bizarre plot developments and a general lack of rhythm. And for the most part, the dialogue is corny as hell, with repetitive, eye-roll one-liners that sound less like something from a modern Marvel movie and more like 1960s Batman.

The combat in Marvel’s Avengers is fairly straightforward — each of the six base characters has a light attack, a heavy attack, a ranged attack, a support ability, an assault ability, and an ultimate. The most interesting and original of these is the intrinsic ability, which gives a meter to each character for a different gameplay purpose. For instance, Ms. Marvel, Thor, and Hulk can boost their basic attacks when the player holds the right trigger, which drains their meter. The characters are all different enough that players will gravitate toward one or two of them over the others — but that creates a unique problem for a live service game.

Comparisons to Destiny are inevitable because Marvel’s Avengers suffers from a weird uncanny valley where the general systems, user interface, and social spaces are eerily similar. Destiny has different classes for players to choose from, and there are a number of opportunities for them to make their character their own. Avengers has pre-set characters, and none of them will feel like they belong to you. Gear will not change these characters’ appearances, and you’ll have to choose between some unremarkable skins and palette swaps if you don’t want to pay for anything in the online marketplace. And in multiplayer sessions, there can be no more than one of each character, so you’d better master at least two of them if you ever want to matchmake.

I ended up liking Captain America and Ms. Marvel the most out of the original six — Cap’s melee combat is fluid and snappy with some real combo potential, while Kamala has both power and mobility; plus, her stretchy powers make her the most fun and well-realized character from a visual standpoint. Iron Man’s gameplay is a tangled slog in comparison — flying around may be great, but the combination of hovering, shooting, and melee combat is clunky and confusing. And Hulk never plays like the powerhouse that he should be, presumably in order to balance him with the rest of the cast. I left Hulk, Iron Man, and Black Widow out to dry, while the Power Levels of my Kamala and Cap have skyrocketed.

Even so, I don’t feel like I can call them my characters. Despite having branching skill trees and a number of cosmetics to choose from, there’s no real way to differentiate my Cap from anyone else’s. It’s as though these characters are being loaned out to you, rather than giving you the ability to mold them into your own vision.

Save for the bulk of the single-player campaign missions, most missions will have you in a Strike Team of four. The Quinjet will drop the Strike Team into an open environment, and there will be a main objective to follow and a number of points of interest to check out if desired. With no kind of ping system present, playing with friends over voice chat is the only reasonable way to navigate multiplayer sessions. Without communication, it’s fairly easy to get lost in these worlds, as everyone carries out their own agenda for completing challenges and looting.

To further salt the wound, matchmaking with random players in the first place is a completely hopeless cause. At most, I could match up with just one or two players, and even then, there were issues with disconnections, never-ending loading screens, and the occasional hard crash. There are just too many quirky technical hitches to list in Marvel’s Avengers: character model glitches, poor lip-synching, game-breaking moments where enemies you’re required to defeat have clipped through the floor, and so on. There are also typos in the subtitles, moments where the subtitles do not match what is actually being said, and gems like a character named “SHIELD_Agent_Male_5.” There is a sense that there were last-minute script changes and rushed implementation, and it’s disappointing to see that show in a AAA production at this level of prestige.

Even when the game works as intended, it isn’t pretty to look at. This isn’t due to the art design or graphical fidelity, even though both are about average in quality, but rather due to everything the game throws at the screen at once. There are simply too many enemies, too many particle effects, too many turrets shooting lasers, too many UI warnings and indicators — not to mention your own allies crowding around near you as you all pummel the same enemy. It’s a visual stimuli overload.

Base consoles will surely struggle through all of this, but my eyes and head suffered the most. The action becomes indiscernible, and your characters, the metallic robots you face, the environments, and the effects all bleed in together.

This game is a bizarre package of mish-mashed elements, but what confuses me more is why I keep coming back to it. Despite all of my grievances, complaints, and many instances of trading funny glitches and stories with peers and fellow reviewers, I still came back to playing after completing the campaign. Perhaps it was just my mind slowly getting accustomed to the Destiny-like rhythm of maintaining and upgrading my gear, checking vendors, seeing how the missions and challenges have cycled. Through all of the technical messes and story gripes, this game has tapped into an addictive part of my brain, and my growing play habit is directly contradictory to how I feel about it as a critical consumer of gaming.

The existence of Marvel’s Avengers as a whole is a contradiction. This genre is usually for games that are versatile and ever-evolving, while this IP is populated with characters and properties that are fixed and inflexible.

Like previous service games that stumbled before it, it’s entirely possible that Marvel’s Avengers will be a better game a year from now, with more characters, story arcs, and (hopefully) plenty of patches and technical fixes. But, besides the obvious factor of corporate greed, I still question why it needed to be this type of game in the first place. 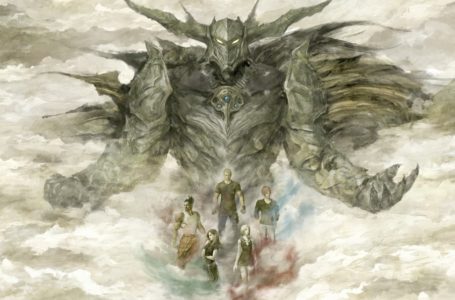 When is the release date of Stranger of Paradise: Final Fantasy Origin Trials of the Dragon King DLC?

What is the Shrine of Secrets in Dead by Daylight? (June 30)