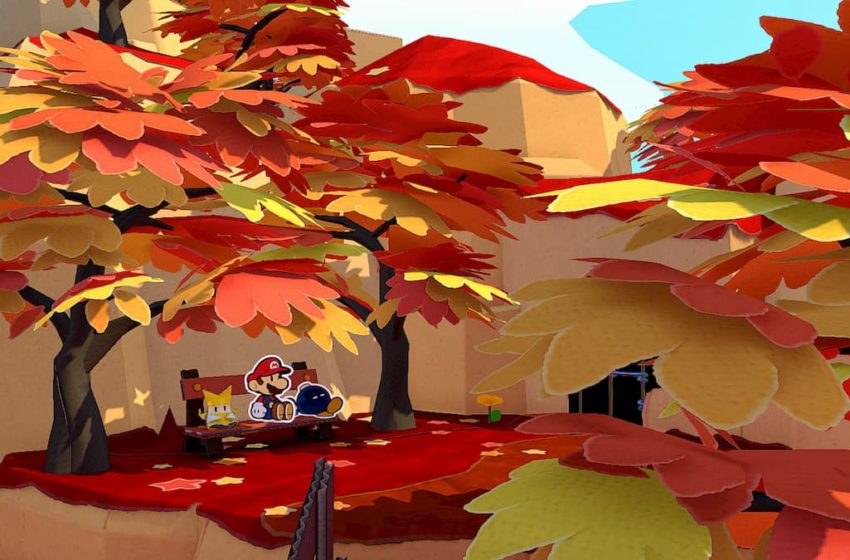 The Nintendo community has been let down time and time again by subpar Paper Mario titles like Colored Splash and the easily forgotten Sticker Star, with fans crying out for a return to what made the series so special back in the N64 and GameCube era.

The original Paper Mario, released 20 years ago next month, and The Thousand-Year Door, which came out in 2004, are renowned titles due to interesting stories and characters, fun gameplay systems, and a charm that seems to have gone astray since Nintendo began experimenting with the series.

But how does the latest entry, Paper Mario: The Origami King, out for the Nintendo Switch on July 17, stack up? Thankfully, it’s a lot more Thousand Year Door than Sticker Star, and it could be one of the best titles to ever carry the Paper Mario name.

In The Origami King, you play as Paper Mario as he is once again tasked with saving the Paper Mushroom Kingdom from a new evil force — this time the Origami Folded Soldier Army, led by the self-proclaimed Origami King, Olly.

The king’s play is to fold the entire paper world into origami that will be under his control. He has folded Princess Peach, uprooted her castle, and sealed it shut with five paper streamers. It’s up to you to stop him by venturing across various locales, undoing the streamers, and racing off to save Peach and the world.

To do this, you team up with new origami companion Oliva and use your (and her) newfound Origami powers to shape the world, face off against foes in new tactical puzzle battles, and find neat and interesting collectibles as you venture off to realms unknown.

The duo won’t have to do it alone, though, as the series sees the return of companions (with some familiar faces, such as a regular old Bob-Omb) that will aid Mario not only in battle but also in the overworld, helping him gain to access new areas, discover treasures, and beat a multitude of bosses across this vast open explorable world.

Paper Mario: The Origami King does a lot of things differently than games in the series’ past. For starters, the open world is vast and massive in scale and reminds me more of something from the Mario & Luigi RPG series than a Paper Mario entry.

The game also uses a new puzzle-based battle system that places Mario in the center of the enemies. Line enemies up or get them into a group of four to attack them either with a hammer or with Mario’s signature jump, with bonus multipliers for solving different puzzles each time. The puzzles are varied and different enough that they present a challenge, and it’s something unique that we haven’t seen before. Battles are reminiscent of the classic Paper Mario but with a twist, and it works surprisingly well.

The game also does away with experience points, with health being the new way to increase your power level. You can find additional HP by scouring the world and completing puzzles, which in turn increases Mario’s attack power. You could technically finish the entire game with the same amount of health you started with, but it would be quite a challenge to do so.

There are plenty of other new things and surprises to look forward to, but revealing them tilts toward spoiler territory. Just know that there is a bunch of other fun stuff on the horizon.

That’s not to say everything is new, though. Companions make a welcome return to the series, and there are some moments of comedy gold that genuinely made me laugh out loud at times.

Whether it’s a new feature or a returning one, it all builds on top of the core Paper Mario formula, in particular on things that the original and The Thousand-Year Door had, to elevate the series to new heights. It feels like the direction the series should have taken back in the Wii era.

Two steps forward, but one back

Even though the game is fun and I’ve sunk more time into it then I care to admit, it’s not without its faults. And the faults are big ones.

The biggest issue is the amount of backtracking required in some of the later levels. You’re constantly going back and forth between zones in search of an item that will allow you to progress, with few hints to help. It’s like the game is punishing you for not knowing where to go, despite the lack of direction, making you feel bad that you didn’t find a certain random Toad in a singular location to open up the next pathway. Frankly, it sucks.

Fast traveling does exist, to a certain degree, but it’s rarely good enough. You can never go exactly where you want, and this forces you to come up with a path to optimize your fast traveling, which in turn just adds to the tedium of the backtracking. It really does become a chore.

While it is good to see companions return, I have mixed feelings about how they have been handled this time around. For starters, companions are locked to Worlds. They all have their part to play in and out of battles, but since they are split up by location, there isn’t a lot of time to get invested in them. That said, their individual stories are fulfilling, and it doesn’t feel like they were slapped into the game for the hell of it.

Finally, there is a sense of confusion in some areas of the game. There is no hand-holding here, and some puzzles do genuinely leave you stumped, which can lead you to mashing about or crying that you missed an item. I expect players to invest a lot of time into finding guides to help them through certain sections of the game.

It’s hard to say that The Origami King is anything but a step in the right direction for the series. After years of lackluster titles, it finally feels like we are getting back to what made the games so popular and beloved in the first place, with a few unique twists.

Of course, The Origami King won’t appease fans who are stuck in the past, clamoring for something exactly like “how things used to be,” and that’s fine. This game is a great achievement, and it doesn’t need to appease those clinging to the past.

The Origami King is fun and, arguably, even better than The Thousand Year Door when it comes to gameplay, humor, and overall enjoyment, even with its few obvious flaws. It goes its own way without worrying about trying to be better than any past game, leaving its own stamp in the history books.

Disclosure: Our review copy of Paper Mario: The Origami King was provided by Nintendo U.K.

Brawl Stars Buzz guide – matchups and how to play

What is the release date of The Sims 4 Cottage Living