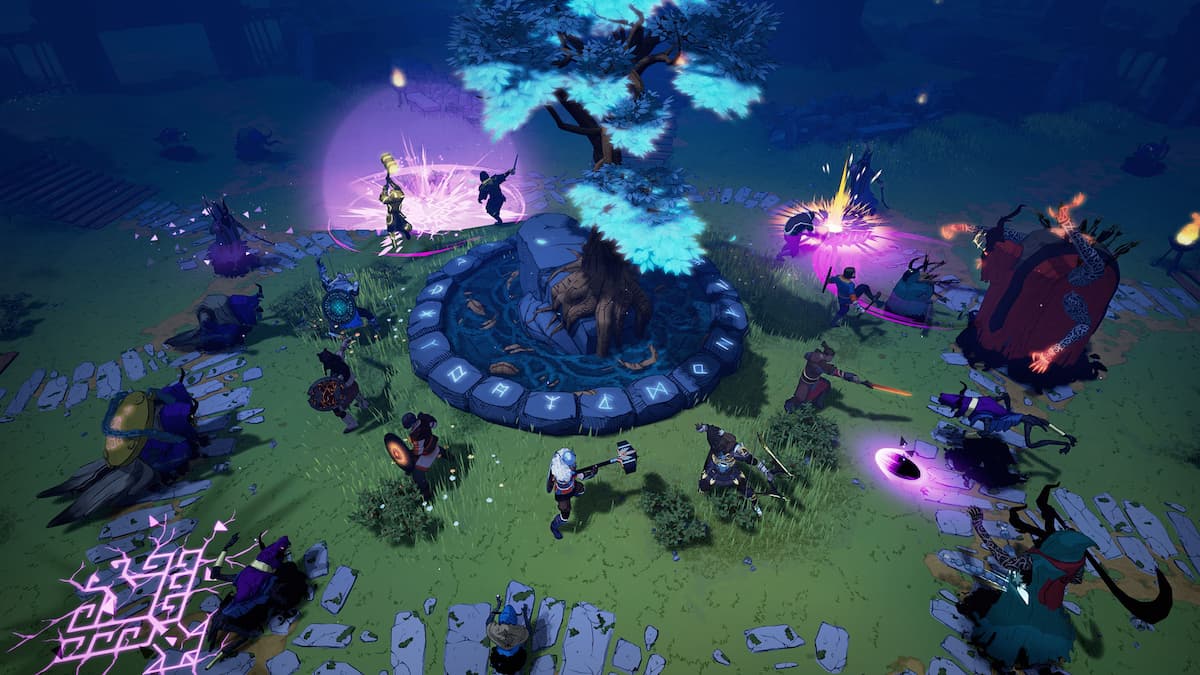 Tribes of Midgard from developer Norsfell is a challenging survival game where teamwork is essential and stretching yourself too thin is expected. There’s seldom enough time to gather enough resources for your village and prepare it for the final days of Ragnarök. Thankfully, everything remains doable by using the powerful skills from your character’s equipment and through coordinated planning with your teammates.

The gameplay cycle in Tribes of Midgard is consistently rewarding. Each day in the procedurally generated world feels fresh enough that things don’t feel like a consistent repeat when you fire up a new session. Much like a warming ale, Tribes of Midgard keeps you invested in the game just long enough before it becomes lukewarm. You can play this by yourself, but the experience is best enjoyed with a group of four players.

In each game, you and your group will gather resources to provide your characters with enchanted gear while generating defenses for your village. You’ll be defending the center of your town, where the tree of Yggdrasil resides. When the tree falls and the souls stored in it reach zero, you lose. Every night, the forces of Helheim arrive to besiege the town with the intent of destroying the tree. Eventually, Fimbulwinter comes on day 14 and brings with it an eternal night, allowing countless Helheim forces to attack until your defenses crumble.

Every few days, a fearsome Jötunn arrives in Midgard and spawns somewhere on the edge of the map. It takes the massive giant several days to reach you and your village, forcing you to face it eventually — hopefully sooner rather than later. They can devastate your tree in a matter of seconds, making them a consistent threat throughout the game.

Defending the tree at night and attacking the invading Jötunn take away from the demanding time spent gathering precious resources, forcing you to choose between the tasks. Additionally, some of these resources only spawn at night. Teamwork is critical to ensure everyone is on top of at least one task with so much going on. The presence of the sun and moon become key characters in each session, changing the tone on their arrival.

The randomly generated world you have can make specific resources seemingly more difficult to find than others. Thankfully, the random generation is offset by the traders and sorcerers you can barter with to receive any hard-to-find items. It’s a mechanic that doesn’t leave you wholly forsaken if things don’t go your way closer to the end of the game.

Some RNG mechanics can be frustrating, such as when a higher-level region spawns closer to the village. It can block off entire parts of the maps until you come back with much better gear, and that can easily be an hour later. However, there are ways around it, such as simply running through it to the other side to activate fast travel points.

All players have access to an open-world building system to craft ramps to reach bridges or create platforms to walk across bridges. While the platforms are fine because they’re a flat surface, the ramps you use to access cliffs can become much more complex because of the pathing and the limitations of laying them down. We primarily avoided those as they offered more headaches than rewards.

What felt really rewarding for me was whenever I focused on a specific task and watched how it assisted everyone else in a team. There’s quite a bit to do during a Tribes of Midgard session. Without someone working on village maintenance, Jötunn duty, resource management, or night defense, it’s easy to watch an entire team crumble, and the Yggdrasil becomes dust.

A task could be as small as running from the center of the map to the other, unlocking all of the fast travel points along the way. These make it easier for your entire team to jump across the map, hunting the resources they’ve been looking for and placing any finishing touches on a gate or arrow tower. Unfortunately, a Tribes of Midgard session only lasts a few days before a Jötunn arrives without proper team management.

This system makes it difficult for games to perform well in a single-player or two-player session. You can make a small amount of progress, but you’ll always feel like you’re drowning without a chance to reach the surface. You can stuff 10 players into a game, and while the enemies do scale, the sweet spot is four players.

A standard Tribes of Midgard session will have you playing for a little over two hours. That’s the perfect amount of time from start to finish for the gameplay loop to never overstay its welcome. It’s easy for survival games to feel overly daunting when they last for multiple hours and more so when you jump in and out with friends over a series of days.

While the RNG elements can lead you into trouble, they’re quickly handled by adapting to the situation. However, you’re likely going to run into more issues with the building mechanics, which could use a bit of a polish.

The best way to play Tribes of Midgard is with three other friends, and should you manage to bring a group together; it becomes a rewarding experience that never gets stale. Skol!

When is the next Genshin Impact Banner coming? – Kokomi 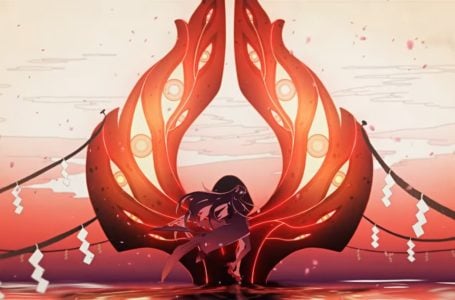 Where to get Hellfire Butterfly in Genshin Impact