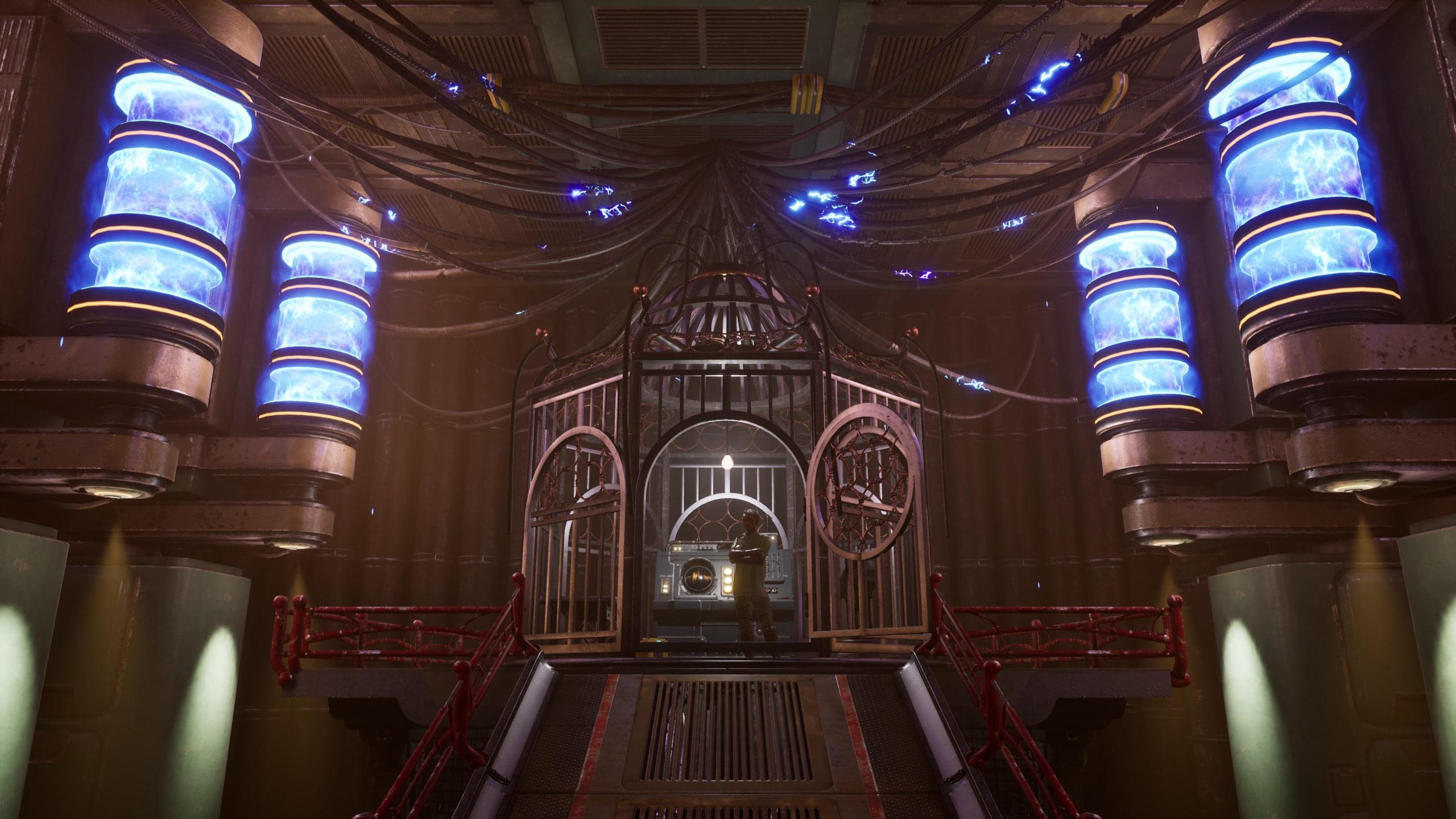 As someone who has been playing games for three decades, I stand by the fact that high-quality, fun, and enjoyable games have never been as common, easy to find, and easy to play as they are right now. The downside to this is that we always seem to be moving on from great gaming experiences toward new great gaming experiences. This is when DLC shines, giving us a reason to go back to a game we enjoyed months back and jump into the fun all over again.

It boggles my mind a little to realize that it was less than a year ago that I first got to play The Outer Worlds. I fell in love with it, as the game just appealed to me in all the ways that games with similar settings and aesthetics had not. It also had Parvati, one of the most endearing video game companions in years. But this isn’t an article about Parvati being fantastic; it is a review of Peril on Gorgon, the new DLC for The Outer Worlds, a great reason for fans to get back into the game.

The DLC kicks off with a grisly arrival on your starship. As you zip through space in the magnificently titled Unreliable, you get a docking request from a space courier. He has a package for you, and when you open it, you discover a severed human arm and a message. Thinking the Unreliable was still under the control of its previous owner, Hawthrone, a friend of his called Lucky Montoya has made a request for Hawthorne to finish the contract that appears to have ended Lucky’s life. Hawthorne is dead, and now so is Lucky, and it is up to you to find out what is going on.

Our investigation begins at the Sprat Shack, the last saloon before Gorgon gets truly dangerous. You are given a brief sanity check, which is your first clue that things will not be as simple as they seem. People on Gorgon tend to go insane, becoming violent psychopaths, so the bouncer needs to make sure you are not going to pluck out any eyeballs while you have a drink at the bar. We will leave the rest of the story alone as the spoilers start to come thick and fast.

We can, however, happily discuss the themes of the Peril on Gorgon DLC. The story centers around the downsides of capitalism, corporate responsibility, and family ties, all familiar ground from the base game. Truthfully, there are few redeeming characters to meet in the main story, although some side quests provide a bit of heartstring-tugging.

What Peril on Gorgon does very well is provide more of the same strengths that you may have loved in the base game. The writing is great, and you will need to spend plenty of time at terminals to discover the true depths of evil that happened on Gorgon. Because most of the major players in this particular disaster are dead or out of reach, you will be relying on old communications to piece it all together.

The only downside is that because the DLC is designed to kick off just after the Free Radio Monarch mission in the original release, the end feels like it lacks impact on a broader scale because nothing can really change in the overall game state. The base game must remain intact for people who don’t purchase the DLC, after all.

Narratively, Peril on Gorgon is very much its own thing, which is understandable, but also a little bit of a shame. There are also few new features or mechanics introduced; this is predominantly a story-focused DLC, which is fine because the story and writing are the standout parts of The Outer Worlds anyway.

Fans of the writing in The Outer Worlds won’t be disappointed with Peril on Gorgon. The dialogue is still childish and funny in some places and deep and meaningful in others. You have plenty of important decisions to make that allow you to play your preferred style of Captain, and as usual, everything wraps up with you needing to pick a side between opposing forces. You can bring your preferred companions with you, who may provide their own benefits for the challenges that you will face during your investigation.

There are also some new monsters to fight, in the form of some mutant super simians that you can find on Gorgon’s surface and the poor souls who were caught up in some of Spacer’s Choice poorer decisions. This really is a story focused DLC, however, providing extra main missions and side ventures on Gorgon that center around world-building and discovery.

Will fans of the game have fun here? Absolutely. Getting to the bottom of what exactly went wrong on Gorgon and the horrible people behind it all is an enjoyable experience. Still, the untethered nature of the story itself, designed to slot into the game whenever someone happens to experience it, does detract slightly from the tale’s impact when it all wraps up.

It speaks volumes about the game, and Peril of Gorgon, that what it really did was make me want even more weird tales of human hubris with the gloriously pulpy ‘50s science-fiction aesthetic that Obsidian does so well in The Outer Worlds.