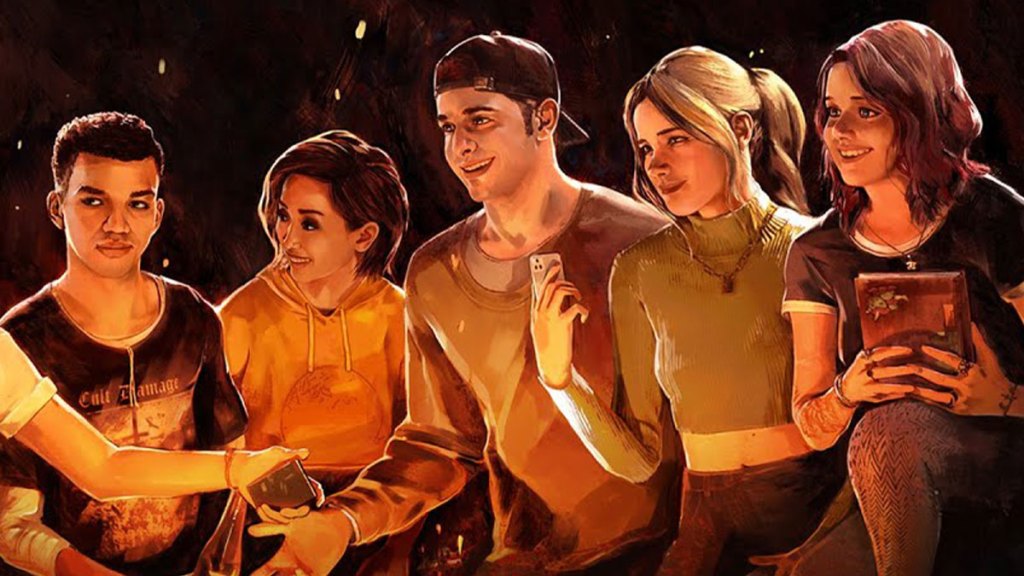 “What doesn’t kill you will make you stronger.” That’s the motto of Hackett’s Quarry, the summer camp where The Quarry is set. It’s a philosophy seen moment to moment while playing the game, and it embodies what developer Supermassive Games has achieved. Thanks to a stellar cast, meaningful choices, and attention to detail, The Quarry is thrilling, chilling, and every other VHS horror movie adjective you can think of, rolled into one brilliantly crafted adventure.

The Quarry’s whole vibe is 80s video nasties, and that starts with a killer cast. The roster includes horror movie veterans like David Arquette and Lin Shaye, alongside popular actors from younger generations like Brenda Song, Justice Smith, and Ariel Winter. There isn’t a weak link in the bunch.

The performance quality from the cast meets technical prowess in a way that makes everyone look and feel very real. Every little expression and gesture sells what our heroes are experiencing in the moment, be it fear or flirtation. Thanks to their lifelikeness, I found myself genuinely wanting to know more about what happens to them after the credits roll. They’re not one-dimensional people either: our lead characters play into common slasher movie tropes but are shown to be much more by the end of the game. One of my favorites is Dylan, a jokester who also has a technical aptitude for broadcast equipment and machinery.

The cast is a big part of what gives The Quarry a cinematic feel, but it’s not the only contributor. While you walk around the different areas of the camp, the camera moves to new positions as you round corners and enter new rooms. It’s almost voyeuristic, which plays into the VHS motif. The only part of the presentation that didn’t work for me was the music. With few exceptions, the soundtrack is very on-the-nose with its sound and lyrics — it’s very eye-rolling when it starts up, and it starts up too often. When juxtaposed to a script that’s genuinely funny and heartwarming, it sticks out. The lyrics you hear when certain characters first enter the story or gear up for a dangerous situation are very corny by comparison, and they end up ruining the moment.

While there are opportunities to freely explore parts of camp like the woods and lodge, the majority of the gameplay involves making binary choices. These have drastic effects on how a scene plays out, changing everything from dialogue to whether a character lives or dies. It’s not always so dire, but The Quarry’s “path” mechanic ensures that you can’t make any decision lightly. Actions taken during the game’s opening chapters can be the saving grace during the climax.

What’s exciting is how paths are not made clear until after you’ve made the decision. A “path chosen” message will appear on-screen to let you know that what you just did will set off an entire chain of events in the future. This is where the writing shines even more. I experienced some scenes entirely differently on subsequent playthroughs, even walking through totally new parts of the map. It was very worthwhile to replay the game to see the moments I missed. Each path is also represented on the menu as a VHS tape, keeping the retro video theme going with imaginative art on the sleeve.

Beyond single scenes, different characters lived and died based on what I decided. There’s a challenge in getting everyone through the night alive (or killing them all off), and a handy life system offers a limited-use safety net for each run. If a key character dies, the game will pause, allowing you to spend one of three lives to rewind to the moment where the key decision was made. It’s a far less punishing approach than previous Supermassive titles.

Devil in the details

Another boon for the player is the abundance of collectibles scattered across camp. Clues covering the camp itself, the history of the Hackett family, and the story of the circus that burned down in the nearby woods all help to fill in the gaps and illustrate just how much attention to detail was put into The Quarry. I picked up so many obvious moments of foreshadowing on my second playthrough that made me appreciate the writing even more.

The most crucial of these collectibles are Tarot Cards. There’s one for each of the Major Arcana, and they’re cleverly hidden in every chapter. You won’t see a card on the ground to pick up. Rather, standing or walking past the right spot will trigger a different camera angle. This allows you to see the card hidden in the background or foreground, where you — the player, not the character — can collect it. Once found, Tarot Cards can be read by the fortune-telling Eliza, giving you “glimpses of a possible future” to help better inform your decisions. Their murky nature raises the stakes of each path decision even higher.

The clever hiding spots for all these pick-me-ups result in serious satisfaction as you start finding them all. You’re rewarded for paying attention during scenes and thoroughly exploring each area, and you’re well incentivized to go back for a second run to scoop up anything you missed.

The Quarry feels like the game that developer Supermassive has always wanted to make. Starting with Until Dawn in 2015, the team has been building upon its trademark choose-your-own-adventure style horror games with each standalone release in The Dark Pictures anthology. If Until Dawn is The Legend of Zelda, then The Quarry is A Link to the Past or Ocarina of Time: the next evolution of a great idea, presented in a new and exciting format.

The cast is killer, your choices matter, and the more time you spend at camp, the more you’ll learn about this fleshed-out world. No matter who survives your first run, there’s a reason to jump right back in once the credits roll. Entire scenes and fates can change, and the only way to see it all is to go again. It’s one thing to have a game that’s worth playing — it’s another when that game is good enough to play over and over again.