This review is technically a review in progress. But I am deep enough into the game to speak happily about upgrade systems, combat, world design, a large chunk of the story, how the game runs, and various other important factors. If it helps, it’s because there is quite a bit of exploring and killing to do in the game. I have been enjoying myself so much that I didn’t want to hammer the game’s content as fast as I could. Instead, I wanted to play the game at a pace more natural to me for this genre, where I explore and investigate and generally enjoy the ride. With that said, let’s get stuck into the review-in-progress.

After a weird storm brings down your plane, killing everyone on it but you, you eventually awake to find yourself in the medical wing of a detention center. Jericho City is crumbling to dust around you due to a deadly nanite disease. Weird machines now own the streets, and different factions and government units are up to all sorts of shenanigans. You set out to find out what is happening, but most importantly, you set out to stomp on as many necks as possible while you find out what that truth is.

Let me preface the meat of this review by saying that the story is not the Surge 2’s strong suit, but neck stomping is. If you like fighting things and chopping them up, then using their bloody bits to make yourself stronger, there is a lot of fun to be had here. 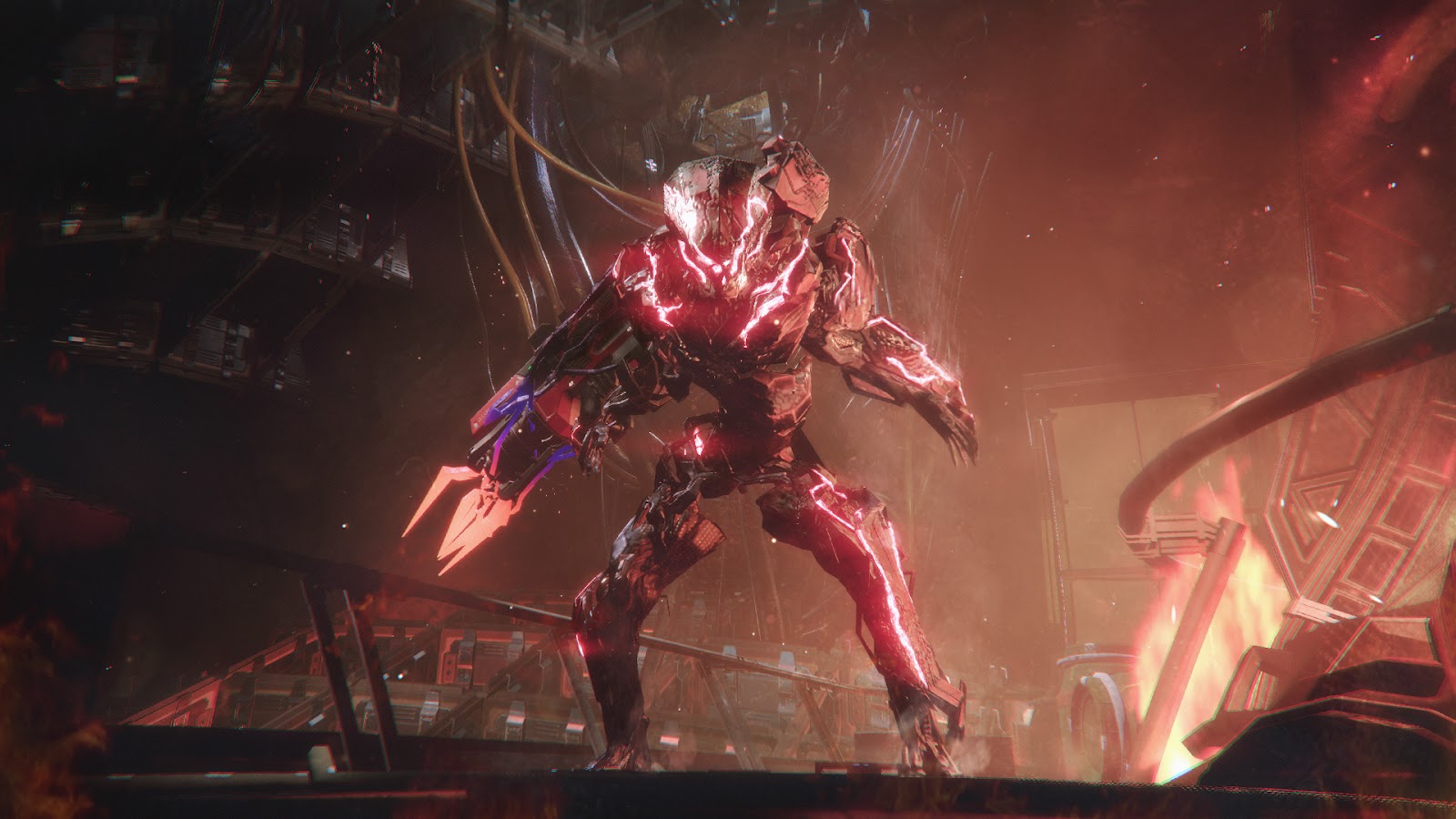 In The Surge 2, you play a character who has been blessed by every writer’s favorite plot devices: amnesia, and ignorance. You can’t remember anything due to your crash, and you probably wouldn’t know anything even if you did. You run around a sprawling and dangerous world, finding audio logs to do some worldbuilding, talk to characters who hand out quests, and put everything together in a piece-meal fashion. Characters, story beats, and narrative arcs are all pretty standard fare for this type of science-fiction adventure. There is some mysterious child you need to find, a mysterious disease you need to learn about, and all sorts of plots and plans you need to uncover. There is a power struggle that you don’t care about because you are too busy jamming seven feet of pointy steel into something’s face.

Even still, I don’t want to spoil the story for those who wish to play the game. But it is a part of the game that I would rate as “fine.” It did the job and gave me a reason to move around the map and kill things. The good news is the world you move through, and the way you kill things is where the game shines.

The Routes Of Happiness 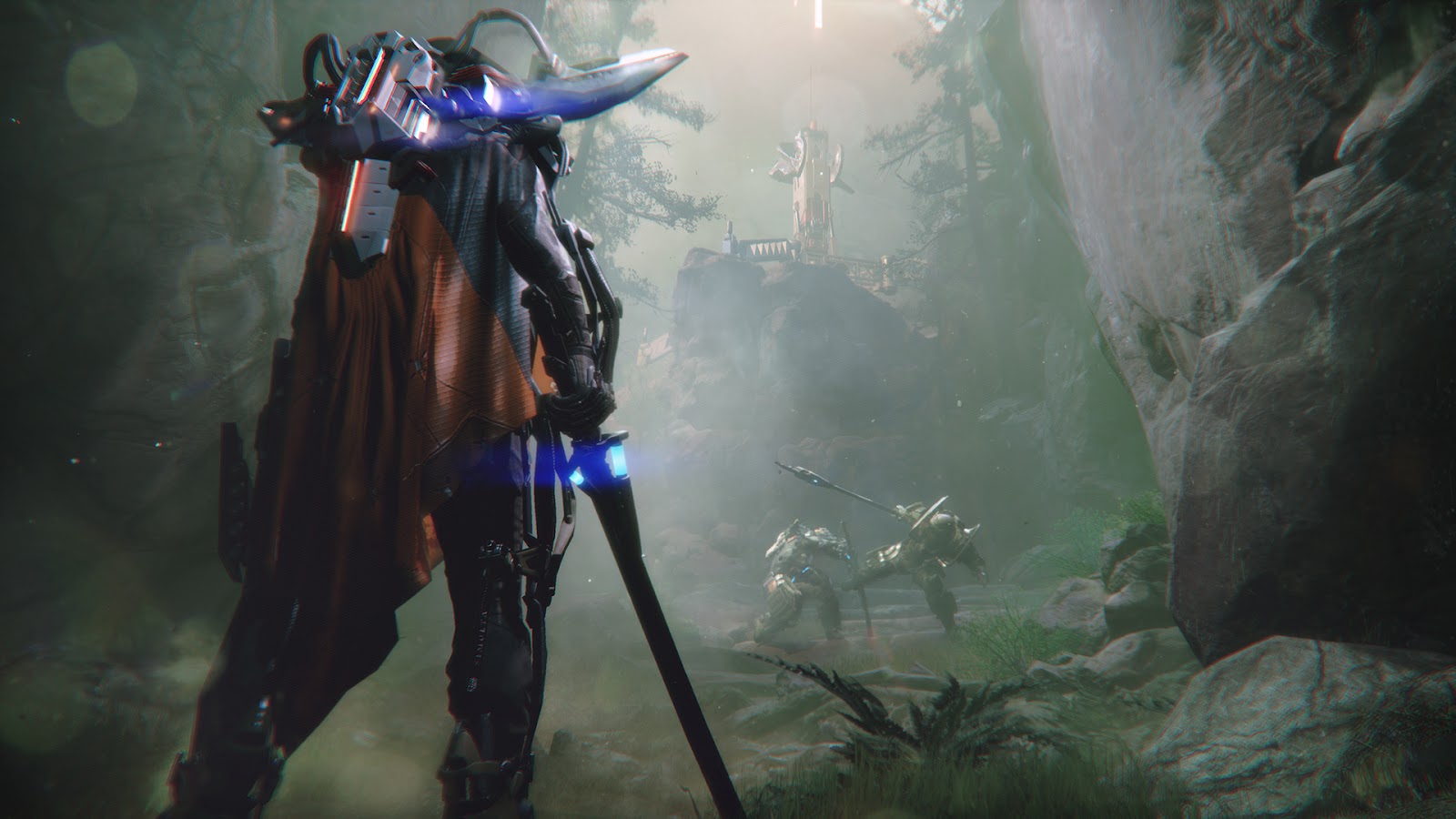 I love the world design of The Surge 2. I honestly didn’t think I would. It doesn’t look particularly spectacular in any sense, graphically. Playing with all the options cranked up to the max doesn’t put The Surge 2 anywhere near the top of the list for how good others games look this generation. What makes the game special is the way isolated streets become interconnected. Areas warp over, under and around each other, and hidden pathways are unlocked to create one more extensive space.

Some of them are incredibly surprising when you find them, A new passageway or a freshly opened gate could lead you back to an area you spent the previous two hours. It’s what I liked about the world design in games like Dark Souls but dialed up, in a contradictory more focused way. Areas become warren-like as all the shortcuts slowly open up, routes to and from important locations change all the time depending on your priorities at the moment. Do you need to rush? Do you need to farm a certain level of an enemy for resources? Do you need to drop in on an NPC, or make your way back to a boss fight? There is a route for all occasions, and they all feel natural.

At first, I wasn’t a fan of the area design. Singular streets and little variation were driving me in one direction, but then you discover why. Shortcuts and new routes do exist but are generally under the control of something you need to get past before you can open them. Exploring a dark tunnel or a smashed hole in the wall brings you to a locked gate that looks strangely familiar. On the other side you discover an area you already visited. It may even be where you set out from, and you spent sixty tense minutes exploring, fighting and looting, desperate not to die, and your reward is a haven and a snappy route back to the farming grounds. The former singular streets slowly expand into an area that feels natural, full of shortcuts that feel like they once supported commerce and community. It was a real highlight of the game for me.

The game is also much larger than you initially anticipate. New areas get discovered all the time, and the lovely sense of being lost with no idea where to go never turns terrible. You know there is something new to learn, but you’re not there yet.

What Are You Gonna Do, Stab Me? 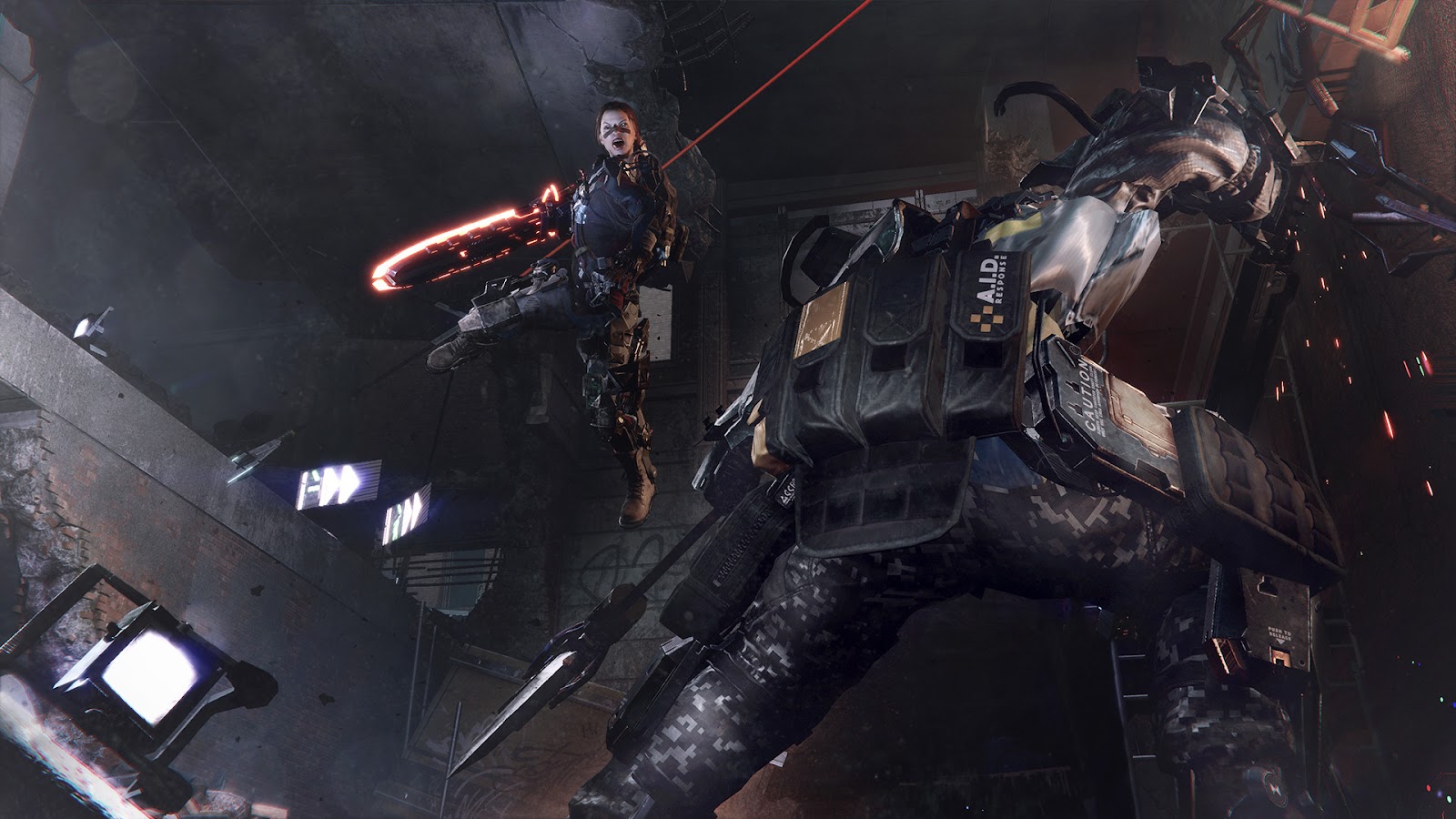 Combat is the other standout area of the game. Fighting is fun, really fun. There is a vast array of weapons with different benefits and attributes, movesets, and combinations. Enemies need to be studied and learned, engaged with care, and then dismantled surgically.

You can target individual body parts doing enough damage to them during the fight and you then cut them off, harvesting the parts and equipment for your use. There is a constant need to balance your desire to get more things with your need to live. Pack fights are brutal, terrifying things until you figure out what each enemy is prone to do. When you come back a little stronger and better equipment, watch your character fly from enemy to enemy in a whirlwind of destruction.

Combat is stamina based, and the ability to heal is driven by fighting. Hitting enemies builds up battery charge which goes into implants heal you. But battery charge also has to be used to chop off body parts. It is an excellent combination of needs you must balance. You can’t spam parry at enemies because each parry attempt costs stamina, leaving you with no way to follow up if you drain the bar. Sometimes you need to decide between a charge to a healing Implant or a chance to harvest some parts. It makes you think, not merely react, and in way to make the combat feel fresh.

Boss fights vary between humanoid enemies and weird monsters and machines. Once again, some of them can be quite demanding, requiring well thought out approaches to how you plan on taking them down rather than spamming attacks and dodging, although those types of bosses are in the mix as well.

What stands out about the combat is that there is always a decision to be made. Do you bypass an enemy, take him out for parts, carefully engage him to build up some implant charges, or do you use them as a subject for study, slowly chipping them down and studying all their attacks and animations? Each weapon has its array of surprises, and you might often be shocked at how fast a previously slow-moving enemy can move, and how hard an enemy that looks light can hit.

We Can Rebuild Him 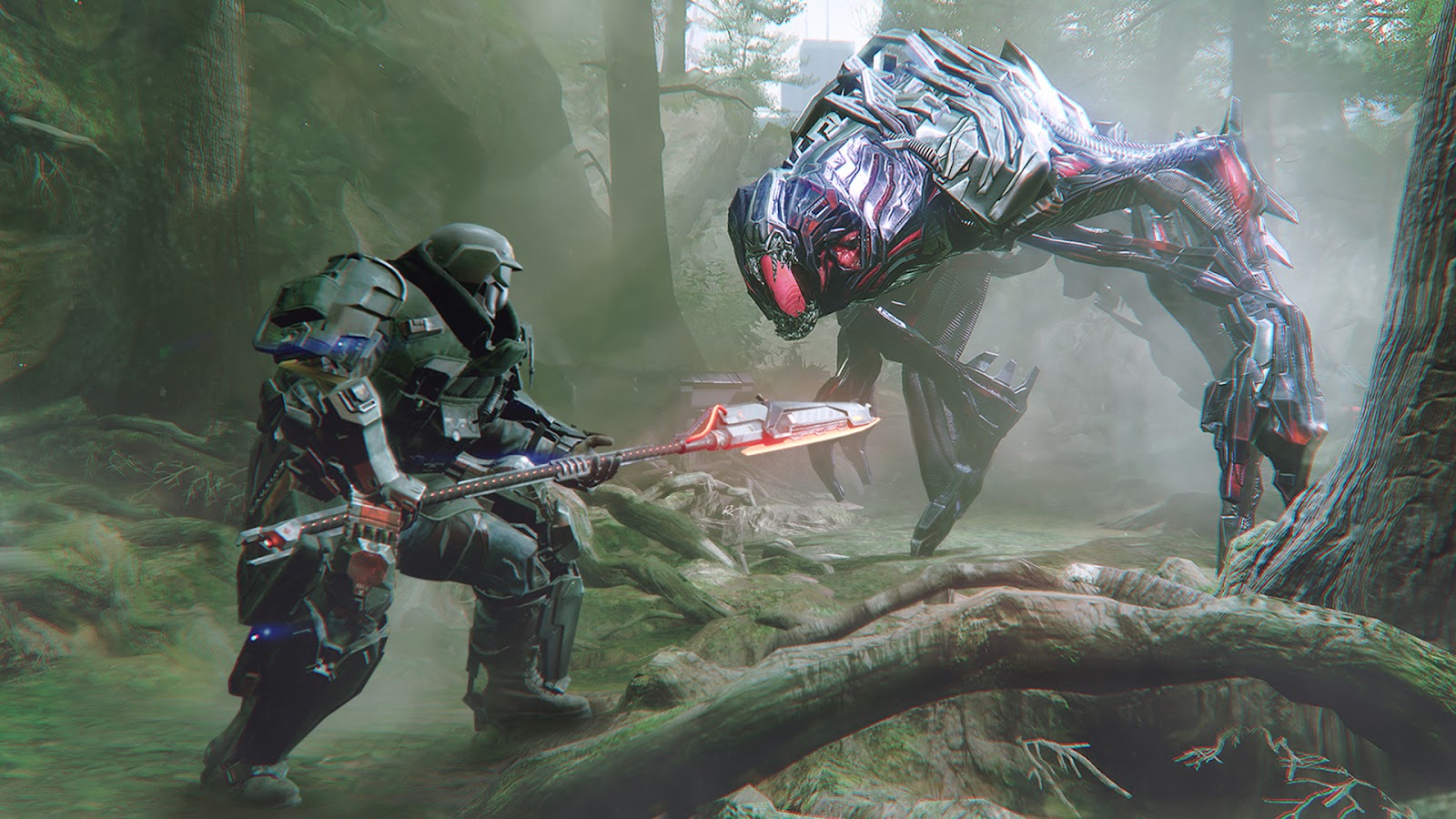 One this I sincerely enjoy about The Surge 2 is your combat rewards are cut directly from your dead enemies. Finish a fight after doing enough damage to a body part, and you can chop it off with an execution-style animation. This mechanic is how you get new armor, weapons, and implants. Chop the same bits off again and you get upgrade materials. All enemies have levels, which you can see if you have the right Implant active. That level corresponds to the level of the loot you get. It’s a simple system but feels great in practice. The original games proficiency system is gone, and the fact loot drops at the same level of an enemy makes it easy to pick up and try out new weapons without feeling like you are taking a power hit.

Maybe the enemy you were going to run past turns out to be a level higher than you, making a fight with them have great value. Or perhaps the enemy you were going to charge is two levels higher, making it a much riskier engagement than you want at the moment. If you would prefer to play blind, you can do so by switching out your implants. Tying so much of the game back to combat should be a risk. How you heal, how you get materials to upgrade gear and level up, it should add too much strain to the combat system, but it works marvelously. It keeps the tension high at all times, and you can never blow through enemies. You can get good enough at the fight to survive mobs, but it’s not because you one-shot people. Instead, it’s because you buy space, manage stamina, ration your battery and heals, and have learned the nature of the foes you face.

I was pleased with how The Surge 2 has run on my PC. Not a single crash over dozens of hours of play, and it has been glued to 60FPS at 1440p with everything maxed. That is running on a 3700x and an RTX 2070, so yes there is some grunt powering it, but I have seen new titles perform much worse this year. In a game with a delicate combat system like this, the last thing you want to be dealing with is stuttering frames. Graphics options are about what you would expect, and the FOV slider is a godsend in games like this.

Unfortunately, I didn’t get much experience with the multiplayer aspect of the game, where you can summon other players into your world, or join theirs. I did get a brief time as both a host and a quest, but the limited player pool prevented me from doing so, due to it being pre-release. I did really like the ability to leave notes around the world for other players and found it to be a surprisingly expressive system.

While I am not quite finished with The Surge 2 yet, everything I have seen of it has been a real pleasant surprise. It’s not going to turn anyone who doesn’t like this formula into a fan, but it brings a lot of fun to the table for people who do. I consider Deck 13 to have a trilogy of the game’s that fall into the Soulsborne mold, Lords of The Fallen, The Surge, and now The Surge 2. As a big fan of the genre, this is the best work that they have done in it to date. It still doesn’t reach the heights of the games that inspired it, but it brings more than enough to the table in world design and combat to appeal to people who like that type of thing.

The Surge 2 makes some knowledgeable choices to help players deal with some of the more painful aspects of the genre while maintaining the vital tension that should seep through every moment of gameplay. It won’t pluck away at your emotional strings the way they expect the genre-leading Dark Souls games to do. But you will be so busy chopping off limbs and finding new parts for your Rig that I suspect you won’t notice.