Mario Kart has been a spinoff series for almost 30 years, and it has made eight main series titles, four arcade titles, and a new mobile game that will be out on the 25th. What makes the games a fun challenge, whether with friends or not are the track courses. There are a ton of race tracks that are memorable to this day. Whether it is the course itself or the music, they are iconic in the Mario series.

We gathered ten tracks that are the best when it comes to impact and memorability. If there is one that has more than one track with the same name, we will refer to which title we are talking about. Even though we’d love to add more, these ten are what makes Mario Kart such a fantastic and slightly frustrating game when playing against others. 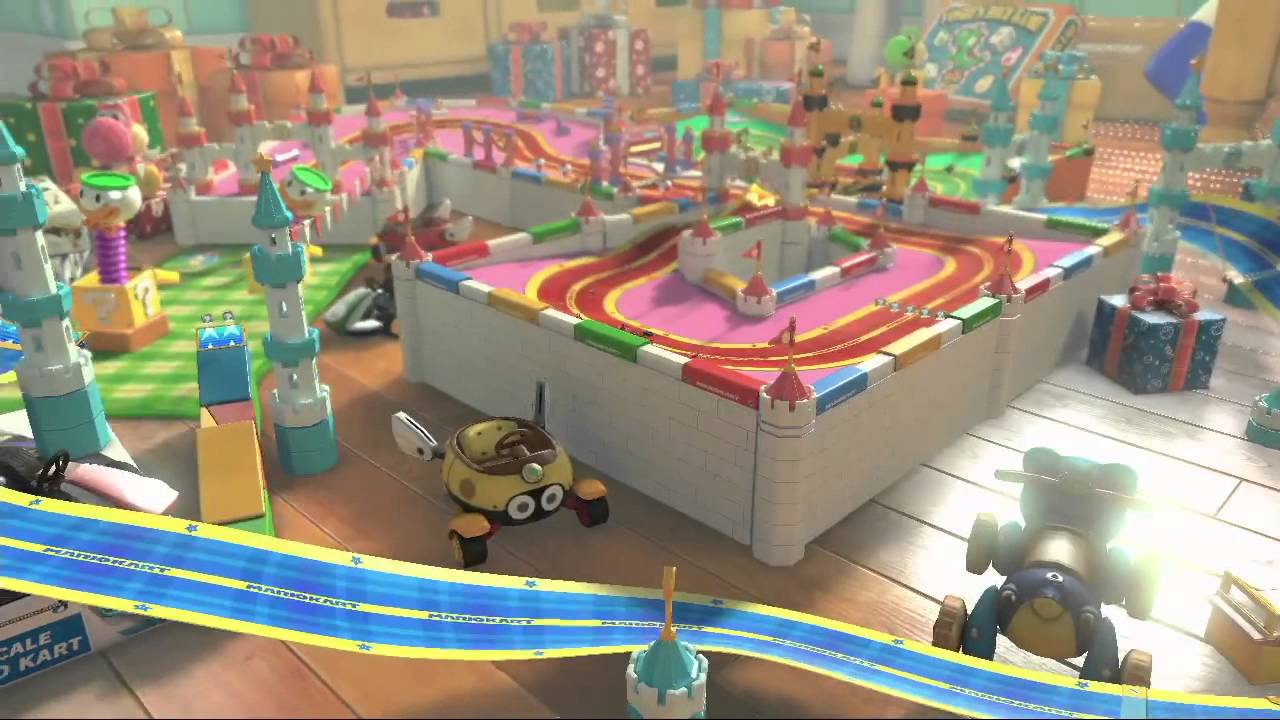 Appearing in Mario Kart: Super Circuit, Ribbon Road is a bright and colorful track, to put it. But what makes this a unique track in the Game Boy Advance game is that the entire road is made of one single ribbon. Once it returned in Mario Kart 8, it expanded in detail. It stayed true to the original course while providing a background of a child’s bedroom filled with toys. Out of design alone, Ribbon Road is one of the breathtaking tracks in the Mario Kart series. 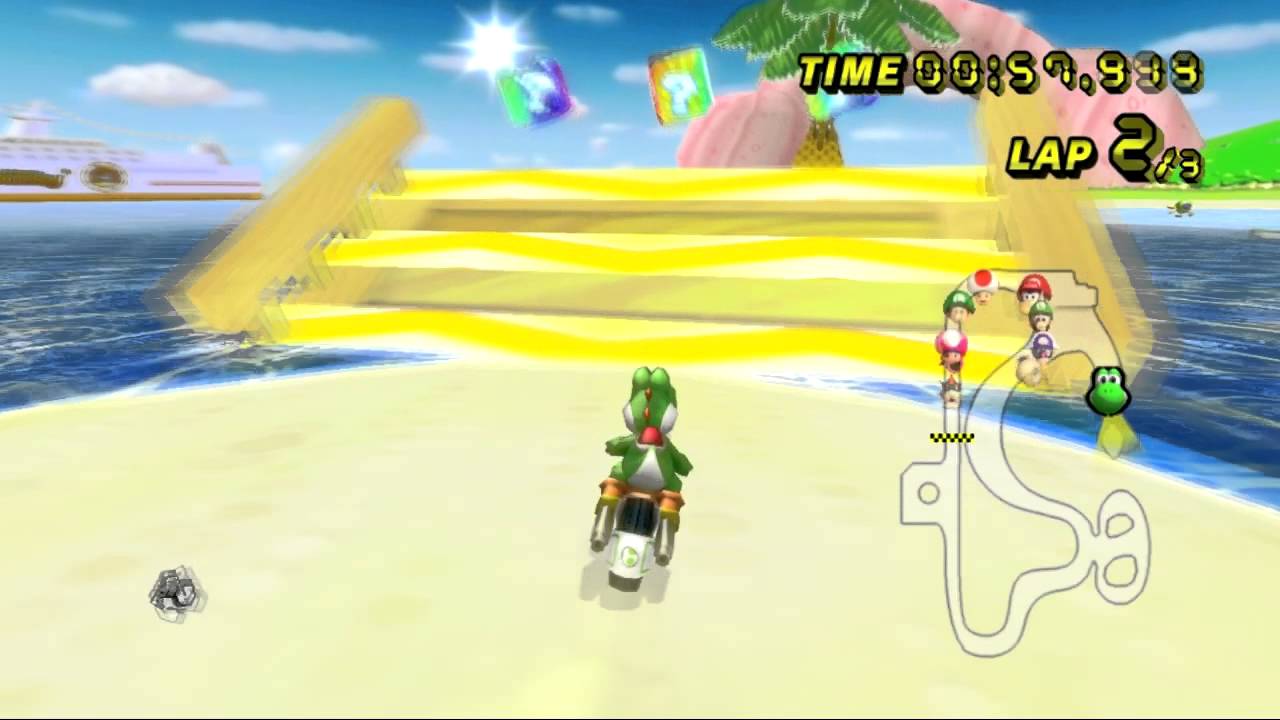 Sometimes a track can mostly focus on the scenery to make it beautiful to travel in. Peach Beach from Double Dash!! is not a competitive track by any means, but it is gorgeous to travel through. It takes inspiration from areas in Super Mario Sunshine and even has Daisy’s cruise shown, which is also a track from Double Dash!!.

Mario Kart 64 offers memorable courses, and it has a lot of them that stand out compared to other installments. Whoever thought of having a track with many cars and trucks in the way must have been crazy, but it makes the risk worth going through. Plus, doing this course in reverse is the scariest thing you can imagine. Toad’s Turnpike might be fun and scary, but it is indeed memorable, which is why it came back in Mario Kart 8. 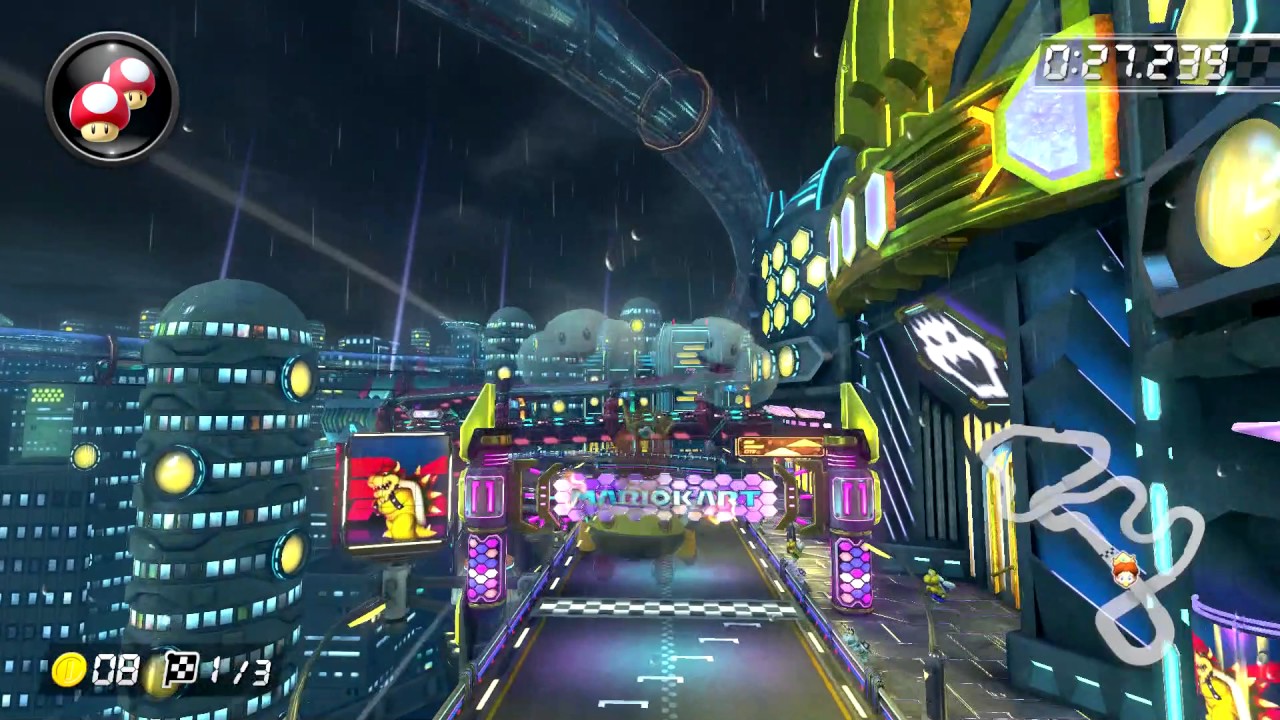 Bowser might be the scary Koopa King, but he has a cool city in Mario Kart 7. It is not a tricky track, but it does have game mechanics that can make the track difficult to get in the first place. Not to mention, this is one of the few to have rain throughout the course’s time. The city itself is gorgeous, giving it a nightlife take and we would like more tracks like this in a future title. 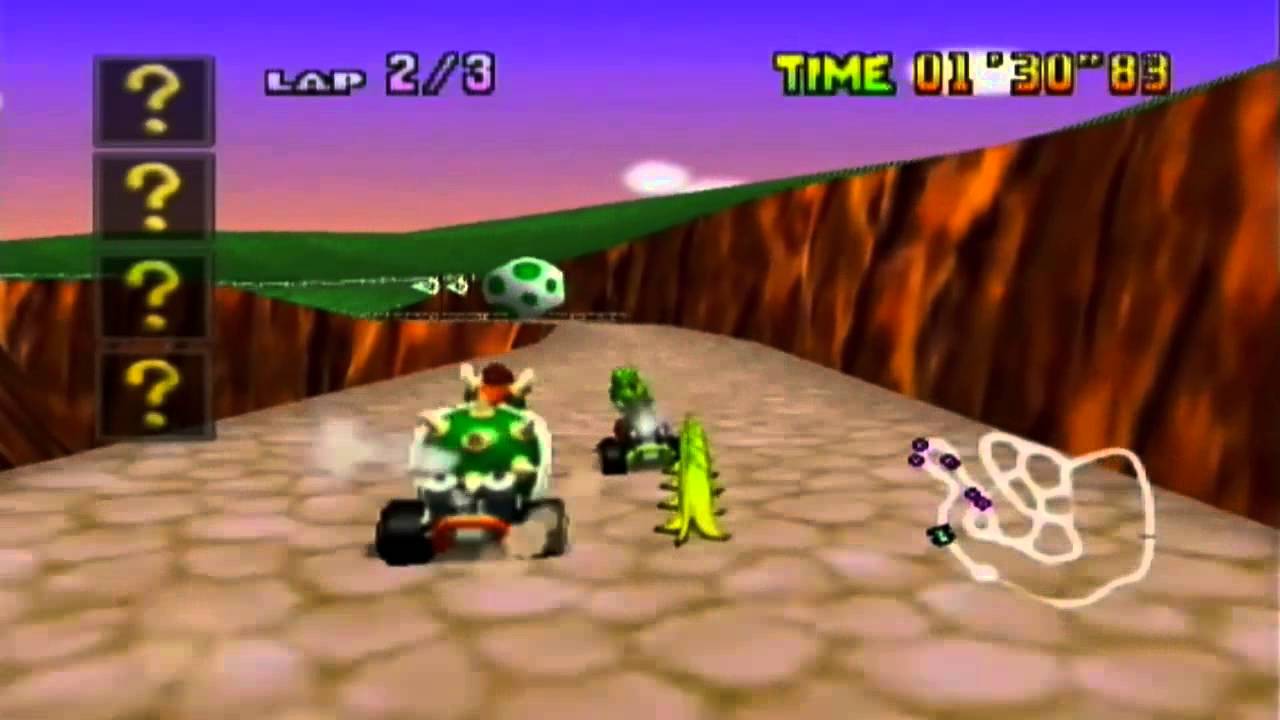 From Mario Kart 64, Yoshi Valley is one of the most confusing tracks to date. For starters, all racers are in unknown placements, so if you are familiar with the track, you can end up in first place. There are routes the player can take, but some are not safe, which can lead to falling off the course. It has improved visually in Mario Kart 8, but the Nintendo 64 game will always leave an air of mystery of who’s in what place. 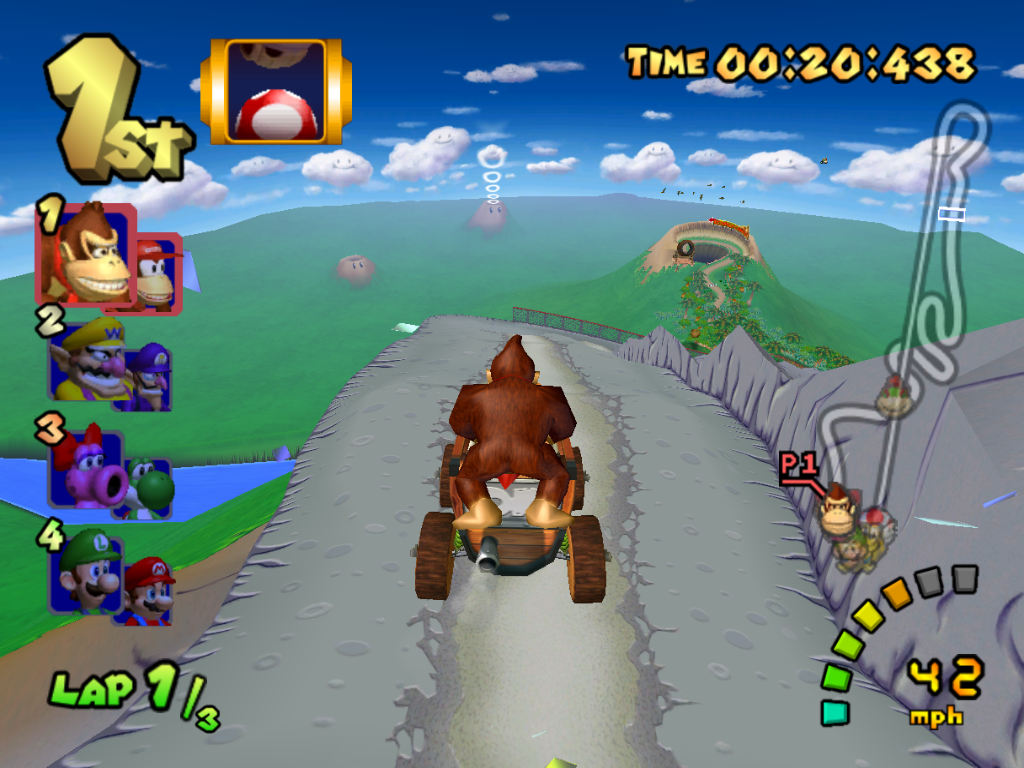 DK Mountain is a luscious and fun track from Double Dash!! that offers a thrilling adventure. The course even has a giant barrel cannon that transports the racers to a volcano! It is even pretty complicated thanks to is course design. With curving paths, tight turns, and drifting on uneven ground, DK Mountain is like the climax of an action movie. It’s no wonder why it returned in Mario Kart Wii. 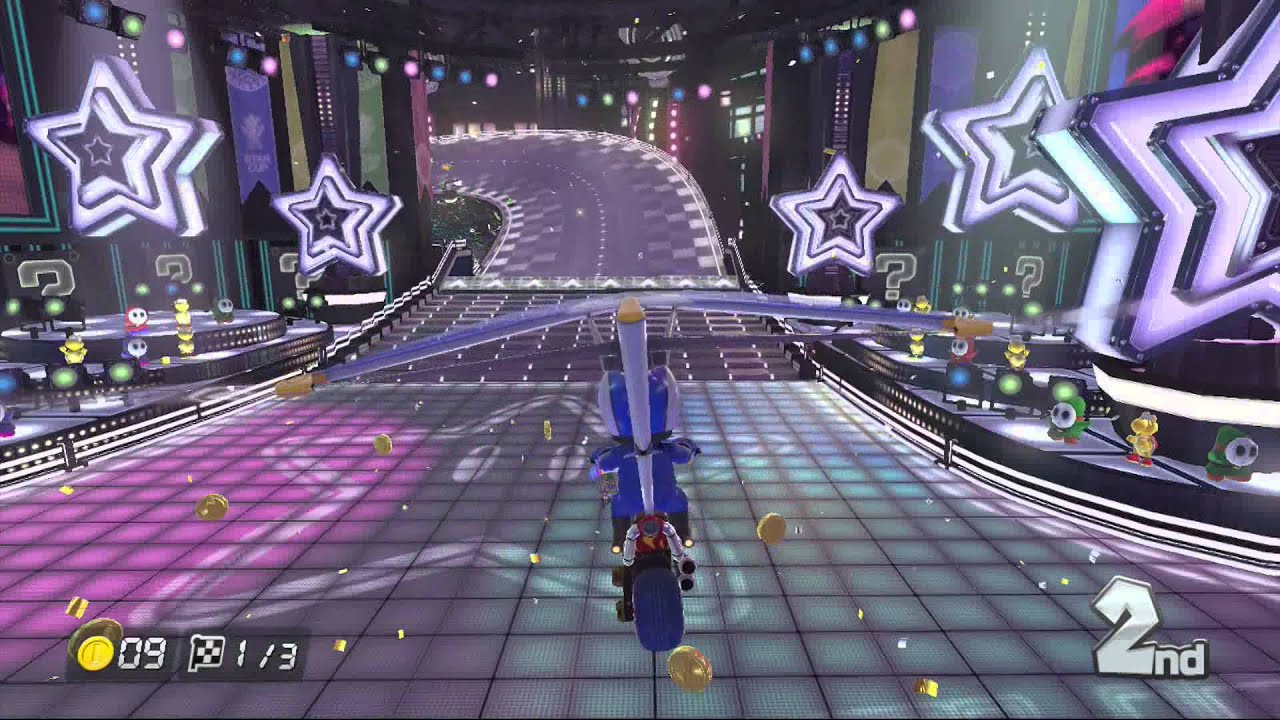 This Mario Kart 8 track is stunning when it comes to visuals. It is a perfect replication of a neon-lit nightclub, and the track is just a euphoric experience. Like with Music Park, the track has some sound effects that correlate to the racer’s location. Driving parts of it will activate instruments and make the course turn to life with its catchy music. Overall, Electrodome is a visually pleasing and fun course to play on. 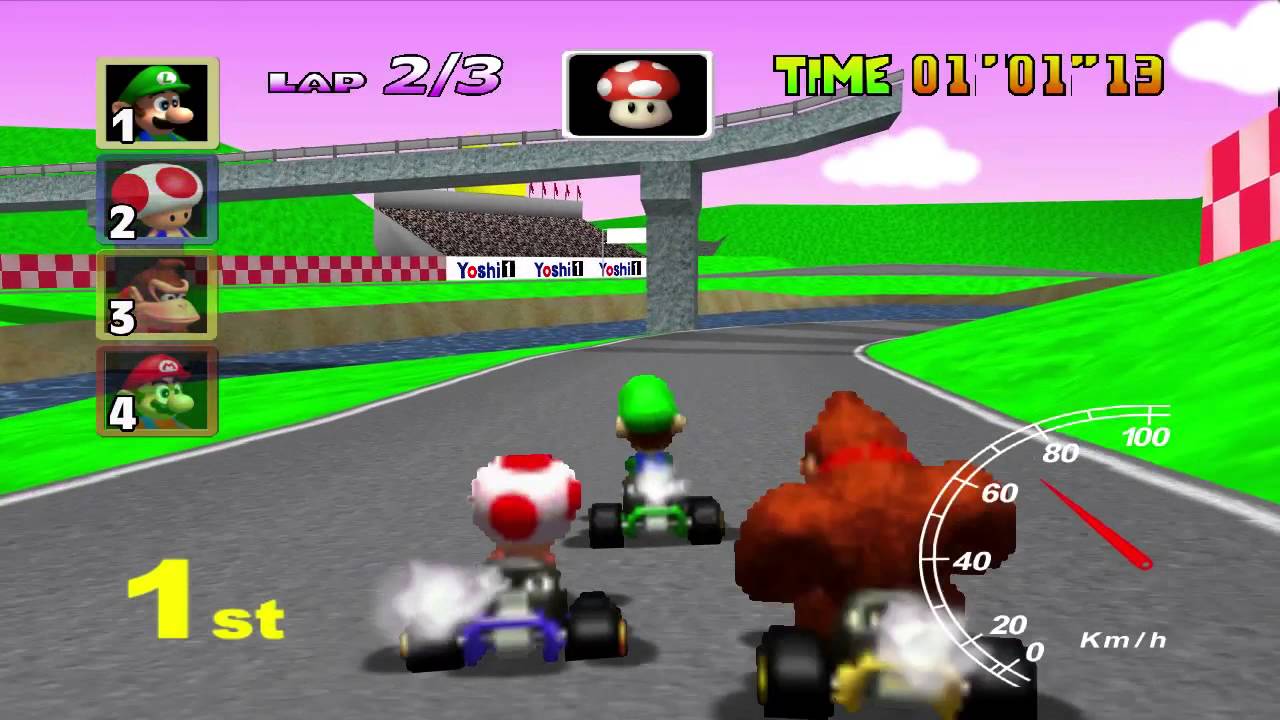 Royal Raceway might be straightforward and not complicated; it is a great course just for the journey. Traveling through the course is fun and even has the nerve to captivate the player to go off the course to see the Mushroom Kingdom, at least in the Nintendo 64 game. It has never looked so beautiful in Mario Kart 8 with a blue sky and pink clouds, contrasting Mario Kart 64’s original background. Just like the princess, the course is gorgeous.

Bowser’s Castle from Mario Kart 64 might not be the first incarnation, but it is still the best. With haunting music playing while traveling through the Koopa King’s castle is a risky trip throughout. And there’s lava and Thwomps, so watch out while playing. It makes a return in Mario Kart Wii, and it does a great job translating the course while doing updates, such as having Bowser’s laugh be portrayed by his current voice actor at the time. 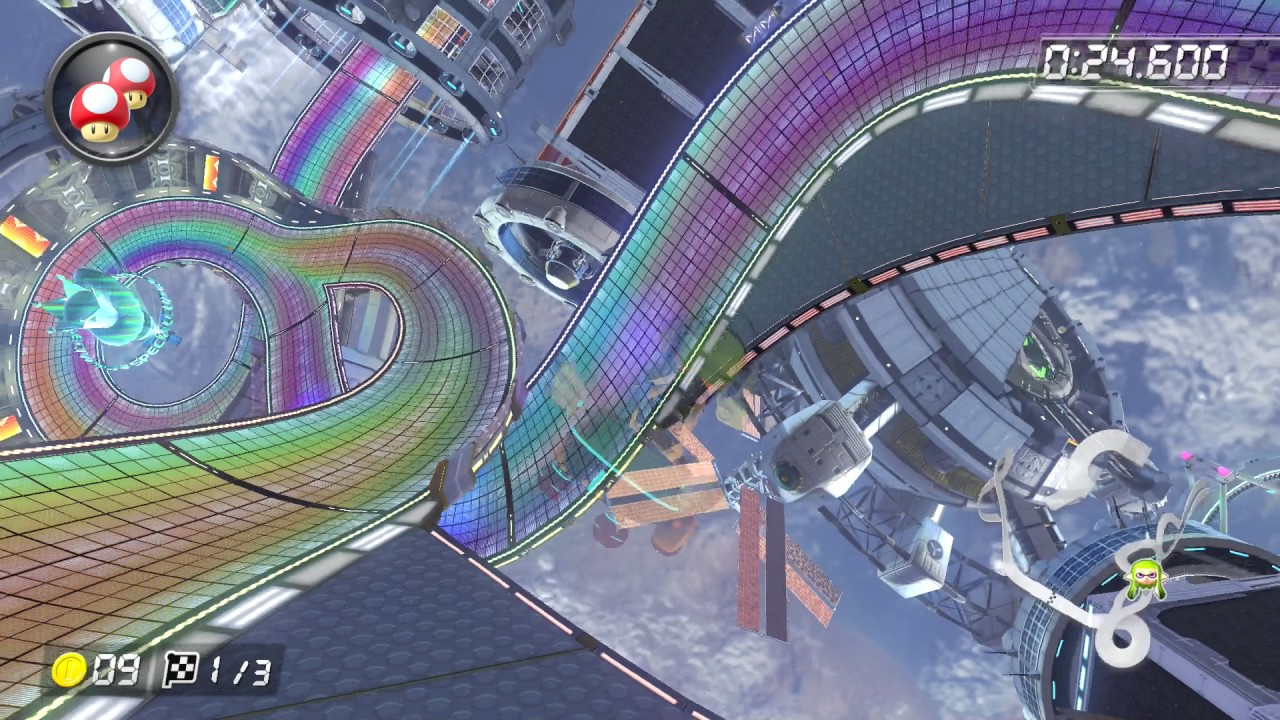 It was a tough call for this one since all of the Rainbow Roads are beautifully designed throughout the years, but we had to go with the current incarnation from Mario Kart 8. What makes this version so diverse is the inclusion of references from previous Rainbow Roads. It is located similarly to Mario Kart Wii, has a space shuttle referencing a flying train from Mario Kart 64, and rainbow patterns similar to Mario Kart: Double Dash!!. Not to mention, it has some inspiration from F-Zero, another beloved racing game series. Rainbow Road has remained an iconic track throughout the series’ run, and it will stay that way until the end.