We’ve all seen the apocalypse before. In books, movies, and video games, the end of times continues to hit over and over again, killing off large swaths of the human population and leaving only a few hardscrabble survivors left to fend for themselves. You’d be forgiven for feeling a little weary of the genre, but judging by the way the world looks these days, it doesn’t appear that it will be dwindling down anytime soon.

The genre is especially endemic in big-budget AAA video games—for understandable reasons. Post-apocalyptic worlds present game designers plenty of options when it comes to level design. How else would we get all these abandoned buildings to parkour around in? What other reason could there be for every NPC to be an enemy? But the post-apocalypse also works to set the stakes high when it comes to video game storytelling, as it does with blood pressure spiking confidence in The Last of Us Part II.

If you’ve finished the game and are yearning for a flash of hope in the face of the end of the world—but aren’t quite yet ready to trek back to Seattle through New Game Plus in The Last of Us Part II—we’ve got a list for you of 10 more post-apocalyptic games to wallow in.

10) The Legend of Zelda: Breath of the Wild

No, The Legend of Zelda: Breath of the Wild is not your typical post-apocalyptic game—the color palette goes beyond muted shades of gray, and like the rest of the Zelda series, it appeals to a wide range of ages—but Hyrule has been utterly decimated this time around. Ruined towns and the husks of long-forgotten technology litter the landscape in Breath of the Wild, and there are elements of the post-apocalyptic-adjacent survival genre throughout. You’ll have to scavenge for food and crafting supplies. Weapons are basically made of glass and break after just a few swings. Most Zelda games take place after some sort of Ganon-induced apocalypse, but Breath of the Wild doubles down on the stakes while simultaneously eschewing traditional dungeons. It all adds up to a gargantuan and absorbing experience that never feels too childish or too grim. After The Last of Us Part II, you might need a bit of a palette cleanser. If so, this is the game to go to. It’s also got pretty stellar physics-based puzzles—almost as good as that rope in The Last of Us Part II.

Days Gone is perhaps the quintessential AAA post-apocalyptic zombie game. Is it the best? Far from it. It’s more a Frankenstein’s monster of a game in the way it feels assembled from the parts of other big-budget titles. You’ve got your bandit camps, your crafting and skill trees, your mini-map full of side quests. It’s a game that takes itself very seriously, even though the main character is named Deacon St. John. Nevertheless, the overall game-play loop and story does improve as it progresses, and if you’re looking to stick around in a zombie-filled Pacific North West, the visuals here are beautiful. Days Gone doesn’t reinvent any wheels, but it does at least give you a cool motorcycle to play around with.

Few games have the storytelling confidence that The Last of Us Part II does, but Spec Ops: The Line is one of them. In a sandstorm ravaged Dubai, you play as a part of a Special Forces team deployed to investigate a United States Army Colonel who stayed in the post-apocalyptic city in an attempt to help with relief efforts. It’s a wild and trippy story, heavily influenced by both Heart of Darkness by Joseph Conrad and the film Apocalypse Now, but the themes of guilt and violence feel different—and arguably more horrifying—when you’re actually pushing the buttons to kill. The mechanics might be a bit clunky, but Spec Ops: The Line isn’t really interested in being a fun experience. Not every game needs to be. Like The Last of Us Part II, Spec Ops: The Line sticks to its guns with the notion that a violent game should maybe address violence as a theme.

The characters in Gears of War might look as ridiculous as Rescue Heroes action figures, and the narrative is a far cry away from anything resembling nuance, but the game certainly has cover-based shooting down to a T. In all fairness, the stories in the Gears series have gotten more interesting as the world and cast has grown. But if you’re looking for excellent shooting mechanics and stellar examples of post-apocalyptic game design, there’s little that is more satisfying than that heavy thud as you throw all 300 pounds of yourself behind a muted-gray cinder block, popping out to pop off some rounds into the nearest Locust’s ugly mug.

Horizon Zero Dawn is a special game for many people. It builds off elements common to big, open-world titles—climbing tall things to expand your map, having that map be full of question marks and other icons—but it does it all so well, and within a post-apocalyptic world that feels fresh. The landscape you’ll traverse is diverse and gorgeous. It facilitates both an exciting coming-of-age story, and surprisingly interesting worldbuilding. In the game, many years have passed since Earth was overrun with robot dinosaurs, but people have reorganized themselves into tribal communities with their own sets of competing politics and traditions. You could say Horizon Zero Dawn is more of a post-post-apocalyptic game. Regardless, in a gaming-landscape that is frequently rehashing itself with reboots and long-running series, it was exciting to see a new IP when the game released in 2017. Its sequel slated for the PlayStation 5, Horizon Forbidden West, is looking like an even more stellar iteration of the action role-playing game.

Speaking of action role-playing games, there are few as great as Dark Souls. The third entry in the series might have perfected the poke and roll formula, but it’s hard to beat the ruined beauty of Lordran. Outside of the fine-tuned combat and deep mechanics, the level design in Dark Souls is top notch, with convoluted areas that connect in innovative ways. The geography of Dark Souls actually makes sense. You really feel like you’re the last living thing around. It’s definitely not as accessible as The Last of Us Part II, but without a map of any sort, it similarly demands your attention, and it pays off in spades for those willing to give it.

The Fallout series has been the post-apocalyptic game series for decades now, but as far as the modern entries go, Fallout: New Vegas is the best. Far less streamlined than both its predecessor and successor, New Vegas hearkens back to the originals from the ’90s by giving you an abundance of choices and a sprawling desert wasteland to explore. As The Las of Us Part II shows, there’s something about the myth of the American West that’s appealing for post-apocalyptic stories. Fallout: New Vegas lets you make your own.

When you think of the post-apocalypse, Nier: Automata might not be the first game that comes to mind. It’s got the required ruined buildings and muted color palette, but it’s also very much a sci-fi JRPG. Throughout the first third of the game, you don’t even know that there are no humans left on Earth or elsewhere. But even with a cast of characters made up entirely of robots and androids, Nier: Automata tells a story about what it means to be alive. If Ellie’s journey for revenge has left you questioning humanity, then this is the game for you. We’ll spare you any more spoilers, though, since this is a game you’ll want to experience for yourself; like The Last of Us Part II, Nier: Automata plays with structure in (even more) innovative ways.

2) The Last of Us: Left Behind

If you somehow missed the DLC to the original The Last of Us, now is the time to go back and play it. Left Behind tests out a lot of the mechanics that were then expanded upon in The Last of Us Part II. This was the first time in the series where there was combat between humans and infected; but more importantly, Left Behind commits to extending the quieter narrative moments. A large chunk of the DLC’s approximately two-hour runtime is given to exploring Ellie’s relationship with Riley before she found out she was immune to the infected. It’s great that The Last of Us Part II put an even bigger spotlight on Ellie’s identity and LGTBQ representation in video games, but the writing and experimentation in Left Behind is some of the series’ best.

Love it or hate it, The Last of Us Part II is bound to leave you with a reaction. Death Stranding is the same in that regard. It’s a bold game with a commitment to a vision. It also features a bleak landscape, ruined cities, a government in shambles, and a whole lot of death. But it’s fundamentally different than The Last of Us Part II in one crucial way: Death Stranding has an inherent sense of hope for humans. As Sam Porter Bridges, you’ll spend dozens of hours trekking across America in order to reestablish connections between people and societies. This is a game that actively discourages you from hurting other people. There’s an online social mechanic in the game that only lets you be nice. The characters that you meet will thank you for your help along the way, and through the game’s free online mechanic, you’ll be helping out other players as well. It’s understandable to want to take a break from games after how heavy The Last of Us Part II is, but if you’re looking to jump into something that’s as thought-provoking, but actually has a sense of optimism, Death Stranding is there to make the connection. 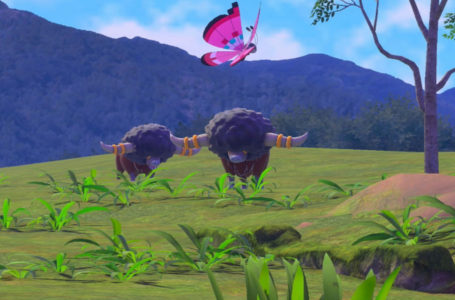 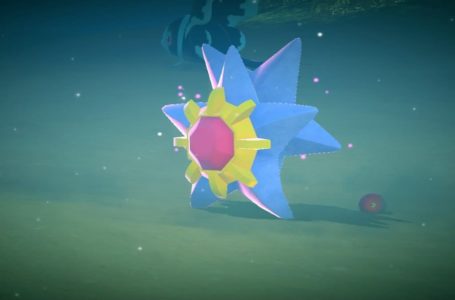 How to complete the Swimming Clamperl request in Pokémon Snap

The best moveset for Smeargle in Pokémon Go 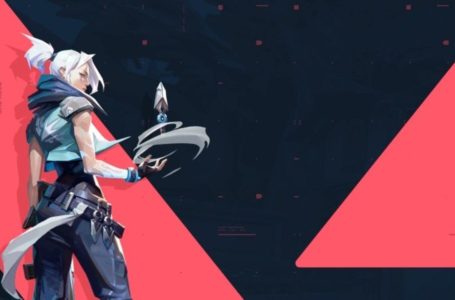 Riot Games will monitor voice chat in Valorant for toxicity