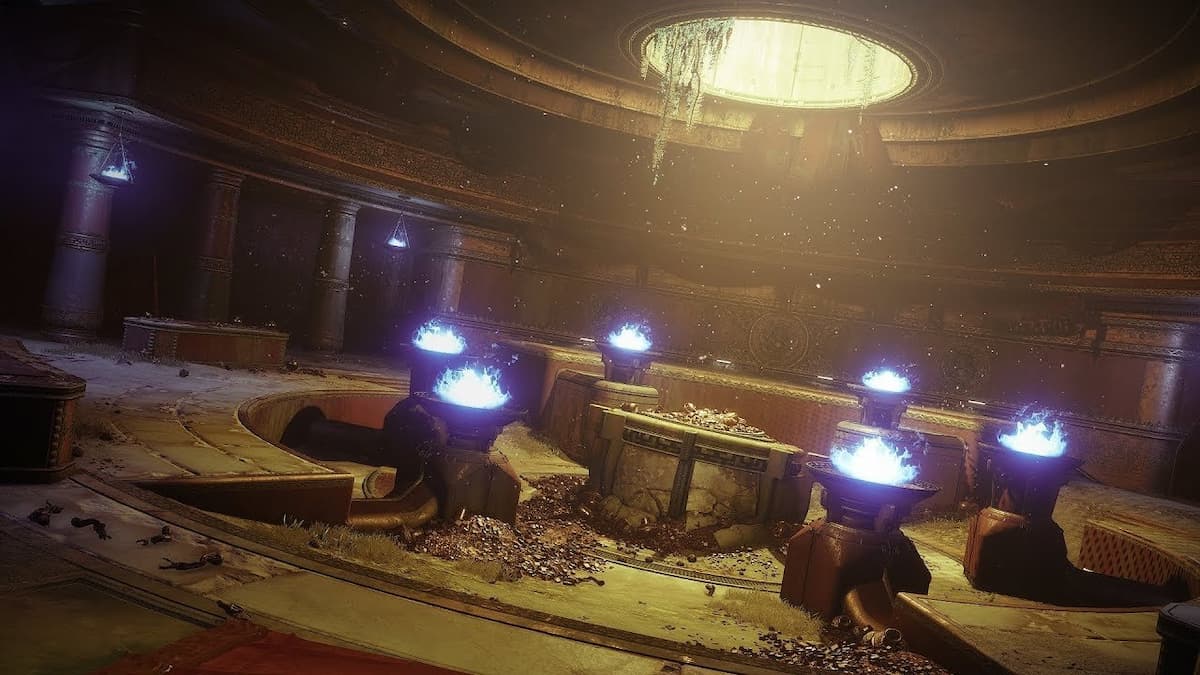 Destiny 2 has transitioned into a seasonally driven, free-to-play model that’s kept afloat by occasional paid expansions and Season Passes, and the prominent feature has become a lack of consistency. Each season now sees a bunch of weapons falling by the wayside thanks to sunsetting, some new ones coming in to replace them, and a new central seasonal mechanic that’s often just a reskinned system from previous seasons.

That seasonal mechanic will often be tied into the storyline in some way. Season of the Hunt brought us the Wrathborn hunts and the return of Uldren Sov as The Crow. Season of the Chosen has introduced Battlegrounds, surprisingly fierce fights against swarms of Cabal enemies. The problem behind them is that once the season is over, those mechanics often leave the game, the main enemy that was causing the problem is no more, and it all just moves on to the next threat.

These seasonal stopgaps rob the world of Destiny of much of the threat and pressure that the storyline is relying upon to make us feel like what we are doing matters. As a player, what Destiny 2 is missing for me is something that I know will be there next season and the season after that, a sense of consistency that manages to avoid the looming boredom of running more Strikes or another Nightfall.

This is why I strongly feel that for Bungie to keep us invested across seasons, we need a permanent version of the Menagerie, one of the best PvE activities to ever appear in Destiny 2. We can even invoke the Prison of Elders era of the original Destiny. The type of fun, wave-based, challenging PvE content that would light a fire in the Destiny 2 community.

This is a logical solution right now because all the things Bungie needs to explain the system are already in the game and have even been enforced by the game’s development style over the years.

Bungie loves bringing back old content. Many Exotics in Destiny 2 are the same as the ones in the original game. We play strikes from the first game and run around in open-world areas that were first introduced in 2014.

If we are going to commit to a game where recycled content is a large part of how it’s made, let’s just cut out the middleman and stop taking things out. Give us a mode that will always be with us but offers the devs the ability to change it up as they need to, introducing new maps, arenas, and mechanics as they see fit.

So, how would this work? The solution is the Exo Simulations that were first introduced with Beyond Light. With Clovis Bray’s return, someone in the Destiny 2 universe now has the tools and knowledge to build a massive simulation that Guardians can train in. That simulation can be anything it needs to be and could draw on Guardians’ past experiences, pitting them against foes they have already beaten — another thing Bungie loves to do.

The effect is two-fold. For one, it provides players a varied and rotating activity that can persist across seasons, expansions, and even games. The simulation can always be there, a regular tool in Guardian training akin to the Crucible. Second, it serves an essential narrative purpose. Yes, the Guardians beat Calus, and they beat Hive Lords, and all manner of powerful Fallen or Scorn. But they can still learn from those enemies. Beating them wasn’t enough because the next enemy is that much more powerful. For Guardians, the drive to find the perfect engagement would be strong. To grind themself against the harsh edges of the simulation to perfectly prepare for the next fight.

Carrying such an activity across seasons and expansions would also allow Bungie to put new twists on old encounters, as Clovis worked with someone like Osiris to test Guardians, constantly pushing them toward the extremes of their power. This, in turn, could have a narrative impact as the leaders in the Tower fought among themselves about how far was too far, even in a simulation.

Within this approach, the developers could take some of the flair that has been on display in their Dungeon design and do something exciting in a simulated world that could eschew every physical rule they have established over the years. The Destiny 2 community has always responded well to activities like Prison of Elders and the Menagerie. It is time for Bungie to bake one into the game as a core experience, to create a pillar of the Destiny 2 universe that provides rewarding gameplay opportunities for Guardians and creative opportunities for developers.