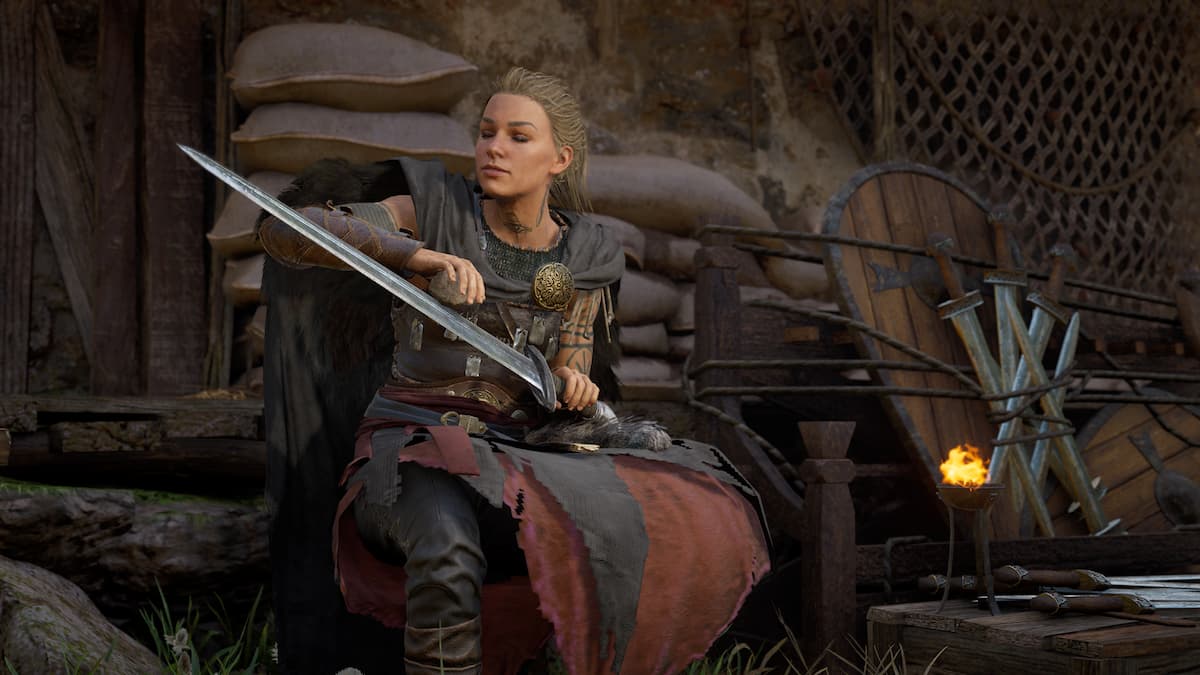 The final Assassin’s Creed Valhalla expansion in the first season pass keeps Eivor on the same path and doesn’t take risks. The Siege of Paris introduces a new territory, Francia, and its King Charles the Fat has become a growing threat that could make its way to England and besiege the raven clan. But the expansion’s overall story falls flat, and the added features within it feel like reiterations of what’s already there. The one saving grace,  infiltration missions, are a welcome return to sandbox assassination missions.

Into the thick of it

The Siege of Paris begins with a visitor arriving in Ravensthorpe, offering a mighty feast to persuade Eivor to assist their Norse leader fighting Charles the Fat in Francia. Eivor takes little time to jump into the fray, but chooses to negotiate with the King of Francia rather than seek outright violence. The attempt is welcome, but things quickly spiral back into the comfortable mix of assassinating various leaders until the big boss is vulnerable.

The story in Siege of Paris feels like another tale that could have happened in the base game. But, unfortunately, it doesn’t offer too much new to Valhalla. Even though Charles the Fat is a convincing villain who feels ready to cut down any other character he shares the room with, it doesn’t breathe enough life into the narrative to make the stakes feel worthwhile.

The fundamental fun feature is the infiltration missions introduced in the expansion. These missions give players the chance to tentatively investigate a location, acquire small pieces of intel about their target, and then creatively eliminate them while they roam around a designated site. The intel about the target can reveal opportunities where Eivor can cleverly inch closer to them until the perfect moment to strike, adding a bloody cinematic kill unique to that assassination target.

While the infiltration missions are not entirely open-ended, and they crumble when compared to the sandbox events of the Hitman series’ assassinations, they’re a step in the right direction. If these are inserted into future Assassin’s Creed games and are given more depth, the series could hit another level, similar to what Valhalla did for the franchise when it was initially released.

And the rest is history

Outside of the infiltration missions, there’s not much else added to The Siege of Paris. There are another series of quests called Rebel Missions, but they’re rehashed tasks where players will be locating an object or assassinating a low-tier character to gain infamy. These happened in the Wraith of the Druids expansion, but the difference with Paris’ Rebel Missions is Eivor has friendly combatants on their side during combat.

Even the landscape of Francia feels plucked from England. Unlike Ireland in the Wraith of the Druids expansion, the environment doesn’t feel completely different from the base game continent, and there’s less variety in the color palette. It’s strenuous to notice the difference between Francia and England, which is a missed opportunity to offer new colors to a fresh canvas in a foreign land.

The infiltration missions and the intimidating villain in The Siege of Paris can’t turn it into a standout expansion. But they provide glimmers of hope to the future of Assassin’s Creed that more like it could be on the way. Still, The Siege of Paris feels like a winded gasp at the end of Valhalla’s roaring war cry.