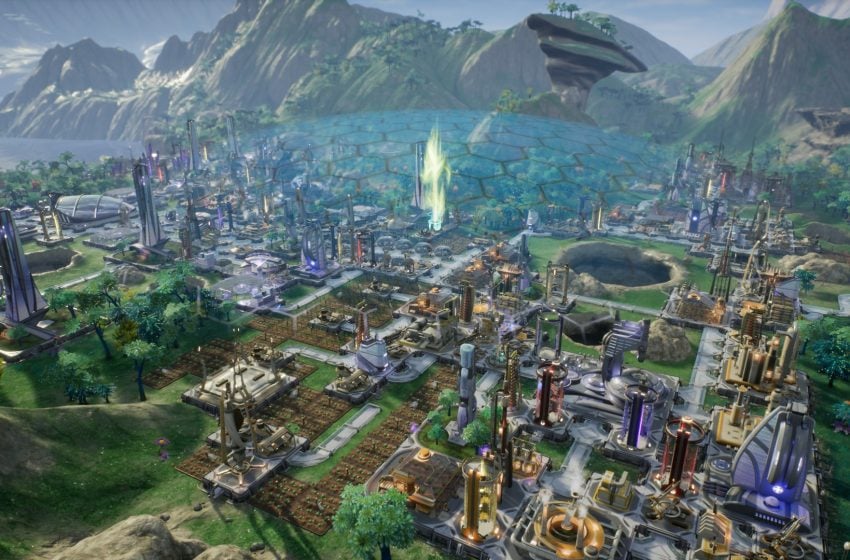 As kids, many of us dreamed of being the mayor of our cities when we grew up. We’d get to decide what kinds of restaurants, stores, and other facilities we wanted in our cities and where to put them. These dreams became a reality whenever we played our favorite city-building games, immersing ourselves in lands of our creation.

City-building games let us plan out entire cities from the roads and sidewalks to the massive buildings and scenery, and some even made us decide what sorts of people we wanted living in our cities. There are city building games that unfortunately didn’t meet our high expectations, but this is a list of the ones that went above and beyond. 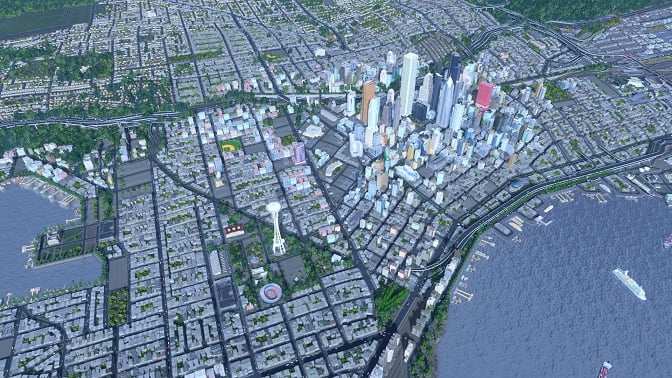 Cities: Skylines saw its release on PC and Mac in 2015 with releases on Xbox One and PS4 in 2017 and Nintendo Switch in 2018. As in most city-building games, players start with a relatively small plot of land and no distinguishing features. But after building roads and homes and adding necessities such as water and power, residents will move in, and your city will grow, and unlock new additions. You can also specify which sections do what, such as limiting areas to agriculture or increasing taxes in wealthy districts. 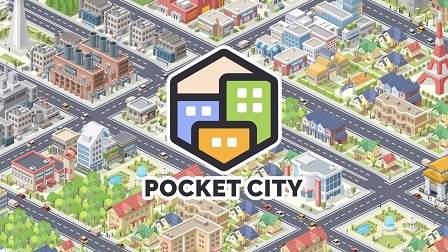 Pocket City came out on mobile in 2018. Unsurprisingly, it works similarly to Cities: Skylines regarding unlocking additional facilities. Pocket City prides itself on lacking the pay-to-play features many mobile games contain, instead of allowing players to obtain all buildings by merely playing and leveling up. There are also quests in which your citizens will ask you to build certain things or even help them with city crimes, and you will receive experience points and money for completing these tasks. Pocket City has a specific element of strategy to best support your growing city’s economy; you must determine the most efficient location for each building. The game received positive reviews, with Kotaku praising it for being excellent for a mobile game. 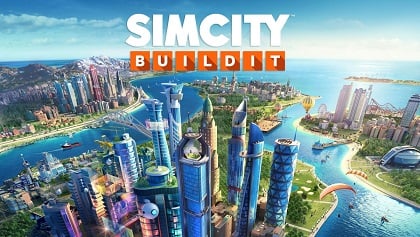 SimCity BuildIt is another mobile city-building game, released in 2014. Unlike Pocket City, it is a freemium game, with advertisements and in-app purchases. Its music and graphics are similar to those in SimCity, released the year prior, but it was downscaled to fit and function on mobile devices. There is no specific zoning feature, so buildings can be moved manually. Commercial and industrial buildings must be upgraded to upgrade residential areas. On holidays such as Halloween and Christmas, distinctive buildings can be placed in the city. The Disasters update allows players to cause meteor collisions, earthquakes, and other catastrophes, and each disaster unlocks three levels and gives the player gold keys. SimCity BuildIt has over 50 million downloads, and it was recorded as the most-played SimCity ever in 2018. Frostpunk is a hybrid city-building survival game for Windows, PS4, and Xbox One that came out in 2018. The survival element sets it apart from other city-building games: there is a concrete plot in which the player must build a safe city and keep its citizens alive after the eruptions of Krakatoa and Mount Tambora caused a volcanic winter. Players must gather coal, wood, steel, and food to maintain citizens’ health, and these citizens can refuse to work on the city during times of bad weather and political strife. Laws can be put in place to affect citizen behavior, such as forcing citizens to work in 24-hour shifts or providing better medical care for the sick. Frostpunk received favorable reviews, and it won the award for “Strategy of the Year” at the 2018 Australian Game Awards. 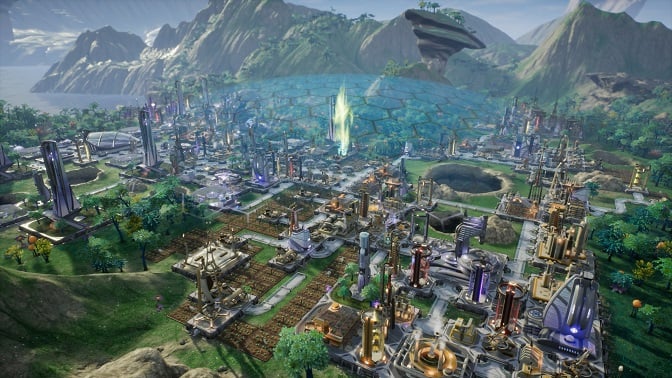 Aven Colony was released in 2016 on Windows, and PS4 and Xbox One in 2017. It is a city-building strategy, and like Frostpunk it has a set plot. In Aven Colony, the player is responsible for building a human city on an alien planet light-years from earth. Players build their colonies from scratch, adding buildings that provide food, oxygen, and protection. There is a day and night cycle, and at night life in the colony becomes much harder: food will not grow, and solar panels are much less effective. Like in Frostpunk, there are environmental conditions which affect citizens. And naturally, alien attacks also threaten the colony. Aven Colony has slightly lower ratings than some of the other games on this list, but with an average score of around 70 out of 100, it is still one of the best city-building games out there.

Anno 1800 is the seventh game in the Anno series, and it combines strategy with city-building like the other titles in its series. It takes place in the Old World during the beginning of the Industrial Age, a contrast to its Victorian architecture and factory labor economy. The New World, a parallel city, offers products wanted by citizens in the Old World, which means that the player must maintain trade between the cities. Anno 1800 features a story mode along with a sandbox mode and multiplayer mode. There is also a theme of industrialization and its effects on not only citizens, but visiting tourists as well, who dislike the noise and pollution. Anno 1800 quickly became the fastest-selling game in the series, and in just its first week, it sold four times more copies than Anno 2205. It also won the Gamescom “Best PC Game” award in 2018. 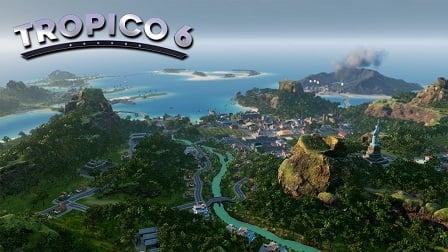 Tropico 6 was released on Windows, Mac, PS4 and XBOX One in 2019. Like previous games in the Tropico series, it features different eras, such as the Colonial era and the modern era. A new feature, however, is the separation of islands, and in Tropico 6, you can build on several small islands with the ability to connect them with bridges later in the game. The game has some mixed and average reviews, but was the fastest-selling title in its series and generated 50% higher revenue than Tropico 5. 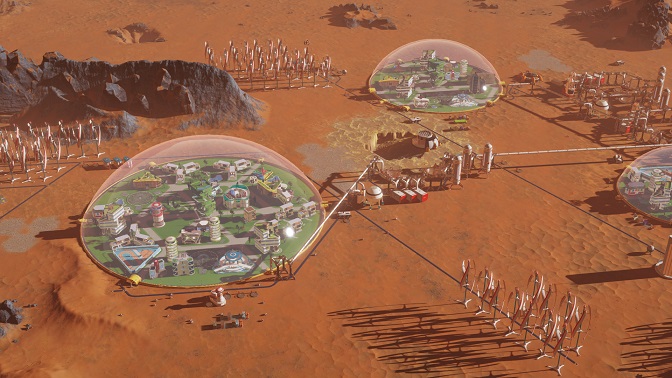 Like in Aven Colony, in Surviving Mars, you must keep your city and its citizens alive on a foreign planet by maintaining oxygen, food, and shelter. The game also features “mysteries,” such as war and aliens, among other threats that start events in the colony. Rare metals and resources can be sent back to Earth in order to make money. The game was reviewed favorably, with scores above 70 out of 100. Banished was released only for Windows in 2014. The citizens of this city-building game are outcasts, looking for a new home. The player merely assigns a job to each citizen, and they work without much complaint…unless of, course, they’re unhappy or unhealthy, so the player must make sure citizens are in the best condition. Realistic threats can affect citizens, such as natural disasters and mental health disorders. Citizens also age and eventually die. Banished has received mixed reviews, with critics claiming that it feels more like a survival game than a city-building game, but it has also received praise for this change of pace. 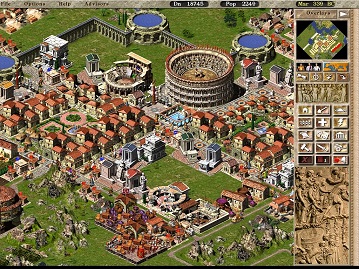 Caesar III came out in 1998 for PC, making it the oldest on the list. It is played from a two-dimensional perspective, and the building is done with an interface system and simple button presses. The interface has options to control the difficulty and speed of the game; the difficulties include a military campaign with war and invasions, or a peaceful campaign not involving such violence. Players can also use an “Empire Map” to trade with various Roman cities. The game was a huge success, selling 150,000 copies in its first month and surpassing 400,000 by the following January. Caesar III won Macworld‘s “Best World-Building Simulation” award in 1999, and its overwhelmingly positive reviews have earned its place on this list.