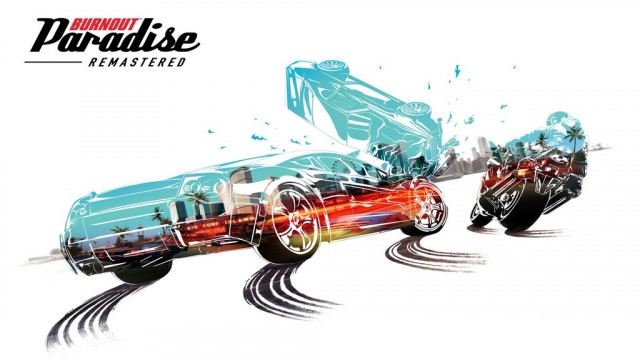 The recent trailer made it clear a new developer is working at the Burnout Paradise Remasted, one which is called Stellar Entertainment. Who’s this developer, though? We’ve never heard of it before.

One of the things you should know before we start is that the software house is from Guildford, in the United Kingdom, which is the exact same location of Criterion Games, the original studio behind the franchise and the title itself.

So it was chosen if not mainly, “also” because of how much close they are to the maker of the game set to be remastered. Stellar is close to Criterion not only in terms of the position of its office: founder and technical director Paul Ross “worked on a number of AAA and indie titles including Burnout and Need for Speed.”

Same as Chris Roberts, who serves as creative director at the software house and has been “producing AAA blockbusters at studios like Electronic Arts and Criterion Games.”

“He’s worked on a range of titles including every major Burnout game, Need for Speed: Most Wanted, Need for Speed Rivals, Harry Potter and indie titles such as Dangerous Golf, Danger Zone, and Lethal VR.”

“Stellar Entertainment is based in central Guildford, the beating heart of video game development in the UK. Our goal is to bring that “just one more go” feeling to everything we do. Having a team that’s worked on a string of hits, and having won lots of awards between us, we know what it takes to create quality entertainment. We are a focused, motivated and innovative team that puts entertainment front and center of everything we do.

When founder Paul Ross was joined by two industry veterans – Chris Roberts and Fung Sia – they embarked on a journey to make a great game studio that cares about the games it makes just as much as the staff that works there. It’s been a blast so far, and doesn’t show any sign of slowing down! Stellar Entertainment is a great place to work, and we are only just getting started.”

Looking at this curriculum, it’s very likely that the step of the remaster is just a rite of passage for Stellar Entertainment towards something bigger, such as a brand new chapter in the Burnout series.

Fung Sia is the Art Director at Stellar, and she has a past at Ubisoft where she used to work on franchises like Prince of Persia and Assassin’s Creed. It’s probably something which will turn useful for the future efforts of the studio and the franchise if you recall how careful Criterion was to key arts and promotional materials with the Need for Speed games it delivered before Ghost Games was founded.

I’d guess, also looking at the current trends in the video games industry, that the game in question could be an open world racing in the likes of Paradise.

I’m not telling that the process depends on how much successful the remaster finally proves in terms of revenues, but my idea is that this serves as a sort of approach for the studio to the brand (it happened the same with Gears of War Ultimate Edition and The Coalition, and Halo: The Master Chief Collection and 343 Industries).

In the meantime, Burnout Paradise Remastered releases March 16 for PS4 and Xbox One and drops a bit later on PC. There is no plan to release it on Nintendo Switch at the moment. It will run at 4K Resolution and 60FPS on PlayStation 4 and Xbox One.