Cult of the Lamb is a sinister adventure that lures you into it using cute woodland creatures. But don’t be fooled by them — they have a wicked perspective on how to best bring a community together. In this vicious roguelike, you’ll play as a Lamb saved by an entity known as The One Who Waits from a group of heretics intent on putting an end to a prophecy.

Now, the newly resurrected Lamb fights against those heretics, attempting to save as many woodland friends along the way. Your goal in the game is to embark through randomly generated levels, using a random starting weapon to fight through multiple corrupted enemies, gather resources, and obtain followers for your Cult. After finishing each level, you return to your Cult’s camp to allocate these resources to build farms, houses, and necessary structures for your newly indoctrinated followers to worship The One Who Waits.

These adorable animals are always happy to see you returning to camp and are willing to do everything in the name of your character. This includes sacrificing their fellow followers or tending to resources around your campsite while you’re out fighting the heretics — the basics, really. They take a lot of the work out of keeping this area functioning, handling everything until you return from your battle against the heretics.

Each trek into the forest to face off against these foes begins with a random weapon for you to select. The weapons only last for that run. The type of weapon you pick dictates the temporary buffs and upgrades you’ll want to grab along the way. It makes these battles enjoyable, but they steadily become predictable at the earlier stages, where you learn your preferred upgrade path for each weapon. Even if you start with a weapon you don’t like, there’s a chance you could get lucky and receive a new one halfway through.

Unfortunately, that’s not always the case, and you won’t always get the upgrades you need, forcing you to switch up your playstyle. After a few battles, you can feel backed into a corner as you take hit after hit, and your health becomes dangerously low, even in these early stages. Nevertheless, the combat is challenging and makes for exciting progression as you find what fits your playstyle for crushing the tyrannical heretics opposing you.

How you progress through a level will also vary depending on what you want from that run. There’s a starting location you always begin at when you leave the camp. Afterward, you’ll have to pick from multiple paths with different benefits for each selection. It’s similar to Slay the Spire, where a particular course cuts you off from the others, forcing you to choose what to prioritize.

If you do make it to the end, it’s a showdown against that floor’s boss, battling against a unique monster that transforms back into a misguided follower after defeating them. The end of each run gives you multiple resources to use at camp, and you receive items from the activities your followers were doing while you were out.

A single run for a level is bite-sized, making Cult of the Lamb a good pick-up and put-down game. The fact that an entire floor can at most take 10 to 15 minutes is welcoming for anyone who only wants to put an hour or two into it every day and make good progress.

The preview allowed us to take down the first heretic leader, rewarding us with their heart to present to the followers back at camp to showcase our achievements. The Cult of the Lamb’s gameplay loop is a solid foundation for what’s to come, with plenty of threats and intimidating encounters to overcome. We’re looking to explore more of these corrupted avenues in the full release. 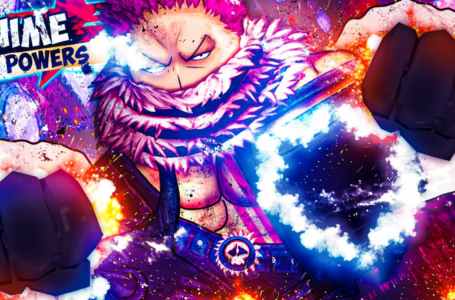