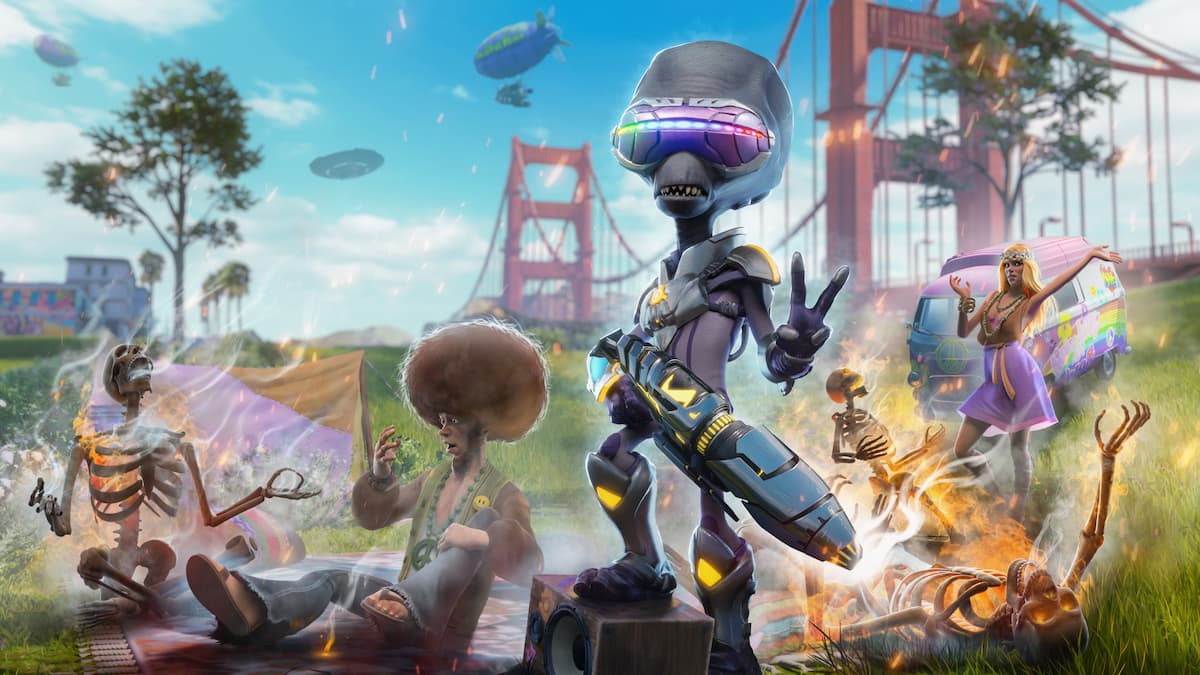 As a kid, I always looked at the Destroy All Humans! games as something I would thoroughly enjoy. While I never got a chance to play any of them until the 2020 remake of the first game, I always admired them from afar. A B-movie video game where you work to conquer the world as a dominant alien species? That sounded like a lot of fun, and I felt the same way when I reviewed that first remake. With Destroy All Humans! 2 Reprobed providing the same treatment, I was excited to see more of what I missed out on as a kid and lucky enough to jump into Crypto’s newest game early.

Give me that sweet mindless destruction

If you played the first Destroy All Humans! remake, you generally would know what you are getting into with Reprobed, for better or worse. The game follows Crypto, an alien who infiltrated the White House in the last title and now is dealing with the Soviet Union. When playing the game’s story, you will follow simple objectives that have side challenges you can complete for bonus upgrade points. There are also some side quests you can participate in while exploring the open world.

There are three new ground weapons I got to test out in Destroy All Humans! 2 Reprobed. The Dislocator is a gun that has you focus on an enemy or a vehicle and charge up an attack that causes that entity to bounce around the area violently. Free Love is a pair of goggles that shoot out psychedelic rays that will make humans stop whatever they are doing and begin partying. Finally, the Meteor Strike is one of those big-time destruction weapons. You focus a laser on an area that calls in a barrage of meteors that decimate enemies and destroys buildings. I enjoyed my time with these new weapons, as they all bring a new element to the game that adds to the fun.

While those aspects of the game are still amusing, the stealth portions of the story are still lacking. Every now and then, you are given a mission to infiltrate areas by taking over a human body, which takes away all of your weapons and movement abilities. You can still read minds and make humans forget seeing you, but disguising yourself as a human is just as underwhelming as it was in the first game. That may be more of a complaint towards the original version of Destroy All Humans! 2, but it returns in full force here.

One small step for a sequel

Graphically, I would say Destroy All Humans! 2 Reprobed has gotten minimal visual improvements over the first game. Maps are larger this time around, or they feel that way, at least. I also noticed that Crypto’s look has been updated and looks more detailed than it did before. That being said, I still am not a fan of the human designs. They still look like weird claymation caricatures to me, but I felt the same way while playing the first game. Overall, the game hasn’t taken a massive step forward with its looks, but that may be a different story once the final product comes out.

The big change this time around is instead of being confined to the United States, Crypto will travel the world. In the preview, I made my way to London’s Albion after opening in the San Francisco-like Bay City. Both areas were fun to travel around, but neitherchange up the formula much at all compared to what you saw in the first game. Seeing and hearing the different populations was a nice touch, but nothing earth-shattering. The hippie-filled Bay City contrasts the proper and polite Albion and allows for some comedic moments as you interact with those people.

Overall, what you see is what you get with Destroy All Humans! 2 Reprobed. If you played and enjoyed the first game, this is just more of that. It won’t contend with the highest quality games out there, but as another remake for a cult classic series in the 2000s, the game is mindless fun with some chuckles and insanity thrown in there.