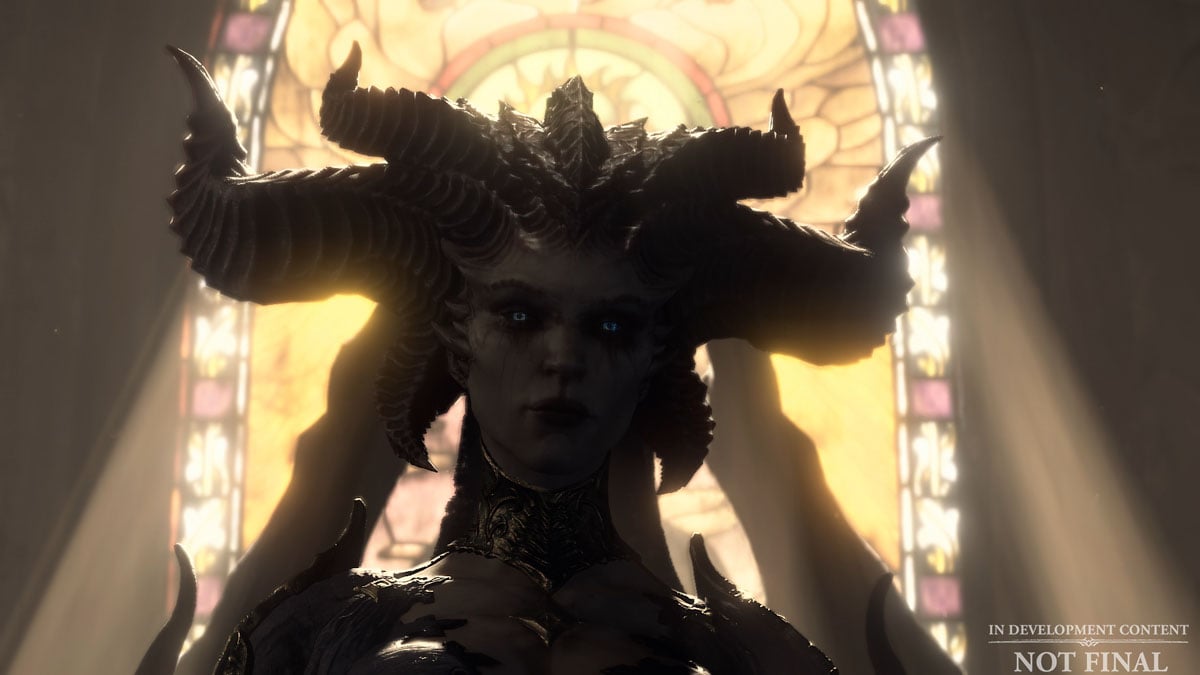 I was sitting in the opening ceremony at BlizzCon in 2019 as blue lights filled the expo hall and a 30-second countdown ticked away on a giant screen. The stage color switched to red as the final 10 seconds were shown. But this was clearly no ordinary countdown. The numbers got larger in size as they took up more space sprawling across the panel, and they were no longer appearing every second — instead, they lingered ever so slightly as each number faded away.

When the number “4” was supposed to appear onscreen in this seemingly offbeat countdown, the entire hall went pitch black as all the lights went out. A loud roar swept across the crowd as a cinematic began to play. As a synchronized audience mind we all knew what we were witnessing — this was Diablo IV. Those thoughts were finally confirmed as the logo splashed up at the end of the video. After a few minutes of talking and some gameplay footage, Blizzard had one more surprise in store. Diablo IV was here and playable.

I spent about an hour in the BlizzCon media room playing through all the classes in the demo. As a Diablo fan who’s played countless hours click, click, clicking away at monsters on my PC screen, Diablo IV felt and looked great. And that was three years ago, in 2019. Blizzard has since been refining the game it initially showed and working on making the best possible experience for fans and newcomers to the series.

In my latest “peak” at Diablo IV, Blizzard has been more than generous in pulling the curtain back and giving media a lot of time with a large build of the game. On showcase was the first part of the campaign, which included the prologue and Act I’s major area of the map Fracture Peaks. We will be keeping spoiler free in story elements, but the basic plot of Diablo IV is that the daughter of Mephisto, Lilith has been summoned in a dark ritual and is now causing all sorts of problems in the world of Sanctuary.

All up I spent over 10 hours roaming around this world, leveling up my character, clearing dungeons, and of course, trying to find some amazing gear. But this was just with the first class that I picked, the Rogue, and there were two others on offer. So, I did it all again with the Sorceress, and then again with the Barbarian. Each time I was surprised at how differently they played and was having a blast discovering what builds I could create to suit my playstyle.

My Rogue — who could either be ranged or melee — was a bow-wielding high damage-dealing glass cannon. They would jump into fights starting with a Shadow Step ability that did big backstab damage. This was followed up with a Trap on the ground to immobilize enemies in place surrounded by a pool of poison, while also dealing damage over time. The Barrage ability laid out a flurry of arrows that were imbued by Shadow damage, causing any enemies left standing to take even more destruction from the explosions triggered upon the deaths of the others.

The chaos created in fights was gratifying to witness. This repeated throughout the other classes on display. The Sorceress that I built was stacked full of lightning abilities that would light up dark dungeons as spells fired off from her wand. My preconceived notions of this slow Barbarian class that would lumber around the battlefield were completely changed upon picking my first basic skill from the options on the tree. Instead, this Barbarian built up Frenzy with each hit, causing its attack speed to increase while also generating Fury each time. Much like the other classes having some sort of energy system, Fury is spent to use abilities, and in this case, my go-to skill Upheaval flung ground debris in a forward arc causing a ton of damage while stunning others left standing.

There were jokes made about Diablo III’s art style and how it was too colorful before its initial release. As a response to poke some fun at that criticism, the developers created a secret level featuring rainbows, unicorns, and bright flowers. But Blizzard seems to have continued to take that feedback to heart with the development of Diablo IV. The aesthetic is dark and filled with dread, a big tonal shift from what we saw a decade ago in Diablo III.

The environments themselves have much verticality as you traverse the massive open world. As a non-linear campaign with branching stories, you can explore Diablo IV as you see fit. Some regions will have recommended levels for your character, but unlike in previous Diablo titles, you’re not being told to go directly from point A to B in order to continue the story.

Despite sinking a lot of time into Act I of Diablo IV across these three classes, I still feel like I’ve only seen a small section of what will be on offer when the full title is released. We know there are Nightmare dungeons, paragon boards, mounts, world bosses, and a lot more still to experience. On top of that, seasonal content and regular story expansions are planned for post-release.

If you’re a fan of Diablo then this is going to tick all of the right boxes for you to get excited about. Diablo IV encapsulates that highly addictive combat system the series is known for and bundles it up in a dark and gritty world. Just make sure you have a spare mouse or controller on the ready nearby as you might burn through the buttons.