Day 4 of The International 2018 in Vancouver, BC, Canada took care of setting the stage for the later rounds of the lower bracket by thinning the herd a bit. Read on for the recap of everything that took place today.

OpTic Gaming took the lead in this elimination match after winning the first game but ultimately succumbed to the tenacity of Virtus.pro who refused to be done with the event and won the next two games to ensure their survival.

Team Secret ensured themselves of another chance by taking care of business against VGJ Storm. Victory didn’t come easy, however, and the second game, in particular, played out to nearly an hour. Team Secret will face Team Liquid to determine which of the Team teams get to move on.

OpenAI lost two matches to top DOTA 2 players but the team at OpenAI were very pleased with the lessons learned throughout the process.

Remarkably, the games were exciting and close — in contrast, all three Benchmark games were very one-sided — showing that even though Five teaches itself Dota from scratch, its playstyle results in incredible gameplay versus the best professionals. Winning is good, but losing shows the amazing skill of top professionals, and helps us compare Five’s play to the best of the best.

In the first match in round four of the lower bracket, Evil Geniuses defeated Virtus.pro in two straight games. Virtus.pro played their second match of the day and never got much of a sniff at winning, especially in the second game. The combinations of SumaiL and Arteezy were too strong at times and the crowd loved supporting their adopted home team.

To close out the day, the All Stars Game pitted some of the best in the competition against each other in a game with a twist. Mutations were introduced that afforded teams several different gameplay methods that are otherwise not included in DOTA 2. It certainly made for an entertaining game to watch and fun seemed to be had by all.

That’s it for our day four coverage of The International 2018. Remember that you can watch the entire event live using Valve’s new streaming platform at steam.tv. Be sure to check back tomorrow as we’ll finish off round four of the lower bracket, determine the winner of the upper bracket, and set up half of the lower bracket final. Oh, and there’s also going to be a cosplay contest. 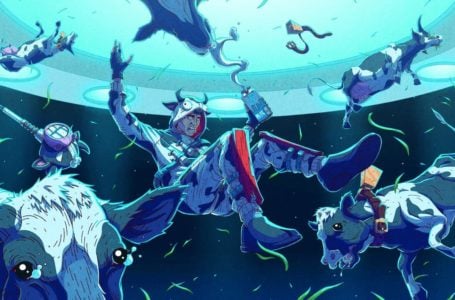 What is the end date of Fortnite Chapter 2 Season 7