When you talk about the biggest developer’s fall from grace, it’s difficult to look past Rare. The legendary British developer back in the 90’s combined with Nintendo to deadly effect, meaning any time the two teamed up was a guaranteed seal of quality.

Donkey Kong Country I, II & III, Goldeneye 007, Perfect Dark, Banjo-Kazooie & Banjo-Tooie, Donkey Kong 64, as well as a bunch of minor hits including Battletoads, Killer Instinct and even a great Mickey Mouse racing game with Mickey’s Racing Adventure. Everything was coming up gold when it was in Rare’s hands.

Then in 2002 after funding from Nintendo had begun to dry up and to the surprise of many in the games industry, console market newcomers Microsoft acquired Rare for a staggering $375 million, taking many of their IPs with them, to the Xbox brand. Now with real financial clout behind them, they would go on to become the greatest games developer of all time. At least, that’s what the script said should happen.

But as John Steinbeck’s adage “The best-laid plans” goes, the good times began to unravel. It only took a play of their first game for Microsoft, Grabbed by the Ghoulies to see that something wasn’t right. They had lost some talented designers in 1998, such as David Doak, most of whom left to open Free Radical Design, and it seems that the impact of their departure was finally beginning to show. Games that followed like Perfect Dark Zero, Kameo and Banjo-Kazooie Nuts & Bolts were a shadow of their former work, and they were eventually put on Kinect titles during the early 2010s. You know that something isn’t right when your best set of games is a life simulator based on Mexican stuffed animals (Viva Piñata) and a collection of your old titles.

Even recently, Sea of Thieves shows that they are still struggling with the pressures of the last two generations. But all is not lost, as there’s a theme that connects almost all of their Microsoft published games, and that’s their more family-friendly tone. All of the games mentioned above were games that you expect to be able to offer to anyone, and there is a small feeling that they are shackled with their creative freedom in the past by Microsoft. Now though, with a maturing video game industry, a now more open publisher and with a new console generation coming onto the horizon, Rare has the biggest opportunity they are going to get in their 34-year history.

Today, Twitter was aghast with speculation as new merchandise for Banjo-Kazooie was releasing, hinting that a series revival could be on the cards. While a new Banjo game would likely be a fun game, the design is something that is very much rooted in the past. Yooka-Laylee, a game made by many of developers of the original Banjo games, proved that a classic adventure gaming mechanics don’t suit modern gaming as much as they did on release. It’s also something that they have tried before with Nuts & Bolts with little success, although calling it a proper sequel would be a slight disservice to the game.

However, one game that possesses the same classic charm, but with for more mature themes that is arguably more adaptable to modern gaming ethos, is Conker’s Bad Fur Day. A little puerile in humour, but more action-oriented and built with an audience growing from their previous games, Conker has a cult following since release and is the type of game that with the right time, care and skill to evolve for the newer generation could show that Rare is still a force to be reckoned with.

They tried it before with Conker: Live and Reloaded on the original Xbox, but this was less of a new game, and more of a remake of the original while showcasing the still fairly new Xbox Live service. We can’t imagine that would stimulate the minds of the creative brains at Rare, but a brand new Conker game?

Rare appears to be in charge of the new upcoming Battletoads game, which of course is another of their originals, but Battletoads as more straightforward beat-em-up. Whether the audience for the game is there is another question as the beat-em-up genre is even more niche and old fashioned. They have also stated that they are committed to more Sea of Thieves content, which is commendable but is unlikely to draw many fans back to the game after the rocky start.

But if you want to prove that Rare still deserves to be mentioned in the same breath as all-time great developers of their craft such as Bioware, Bullfrog, and Treasure (to name a few), they need to be given total creative freedom on a game that they know well, the resources to thrive, and time. While a new Banjo-Kazooie may do that, Conker is a much better bet for the revival before tackling Banjo.

Once they have their game though, it’s down to them to show the world that Rare is back in the big leagues. 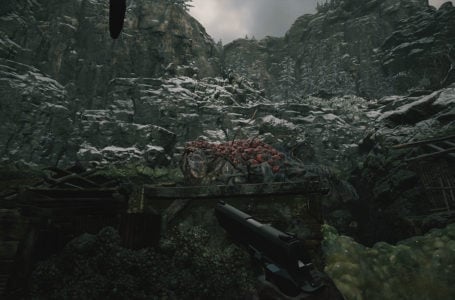 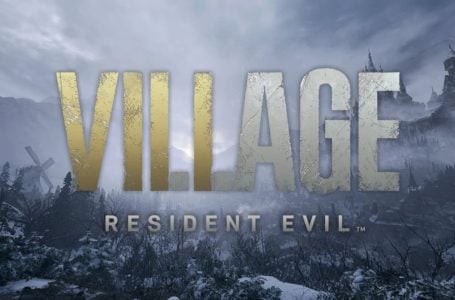 How to cross the Moreau Reservoir in Resident Evil Village