Ubisoft has had a great year in terms of listening to their fans and wanting to ensure their player base receives the exact product they’re looking to play. What makes this company unique? The way they’ve been able to consistently come up with new seasons and new content for old games. For example, Rainbow Six: Siege remains a competitive game, and Division 2 recently had their first raid where players on the console version of the title were having trouble with it, calling it impossible, until a team broke through everything and came out on top. So, given all of the successes and what the team wants to do, what can we expect them to show off at E3 2019?

One of the more significant talking points sure to show up at Ubisoft’s E3 2019 conference is going to be the recently announced Ghost Recon Breakpoint. Breakpoint was announced less than a week ago as a sequel to the company’s Wildlands game, which featured a team of four Ghosts up against a vast underground network. Now, a ghost team have to put their skills to the test on a remote island where every NPC is going to be hostile, they have no allies, and they’re going against an evil team who also have ghost training. It’s going to be incredibly tough to fight them off, and it’s going to be demanding, so suffice to say we’re going to expect quite a bit of difficulty in the game.

We learned quite a bit of detail about Breakpoint already, including the game’s release date, which is later this year on October 4. Hopefully, the conference expands on the title’s gameplay, what players can expect, along with how the game’s crafting, survival, and tactics are going to change from Wildlands.

We know for a fact we’re going to receive another Assassin’s Creed game sometime in 2020, but not later this year. Because of the absence, could we see a Watch Dogs 3 show up? It would make sense because Ubisoft needs to include another open world game in their overall development. Sure, they have Breakpoint to lean on, but they enjoy having multiple products out at once and entertaining fans due to their team size. Watch Dogs 2 released in 2016, so we should expect another one at this point. However, where would it go and who would be the main character?

As of right now, we don’t have any confirmed information in this regard. But, if we were to choose a location based off of Ubisoft’s trend, we could see Watch Dogs 3 taking place in Portland or New York. So far, the Ubisoft team has explored a fictional version of San Francisco and Chicago, so Portland would make sense if they’d like to lean into those cities with a new vibe, outside of the standard choices. New York remains an excellent default, though. Given how many drones we’ve seen in Breakpoint, we can expect a similar trend with Watch Dogs 3.

There’s plenty of buzz going on right now about new consoles and the next generation of hardware coming out. If Ubisoft does announce a new game at their conference, we can expect they’re going to aim it towards more modern consoles that we won’t see for the next few years. It’ll be agonizing to hear about it, but it’s a likelihood. Ubisoft enjoys being at the forefront of the industry, and if they can partner a deal with Microsoft or Sony, we’ll learn about it from them.

Hopefully, it’s not going to be too far off, and we’ll find an exceptional showing from Ubisoft. We can all expect them to talk about Breakpoint and a game to help them settle the small gap of their Assassin’s Creed game. It’ll likely be a Watch Dogs 3, but it’s currently up in the air. We’ll learn more during their press conference, which you can watch their show on June 10 1 PM PST, 4 PM EST, and 9 PM BST.

What does Gold do in Fortnite Chapter 2 Season 5? 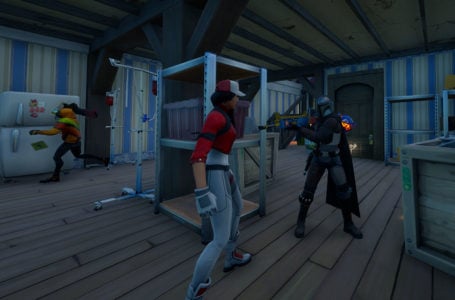 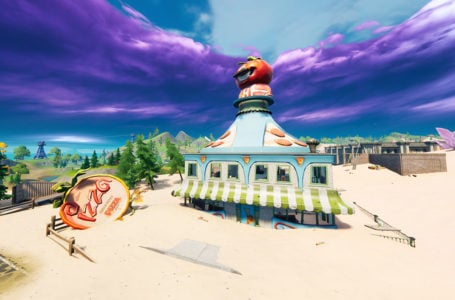