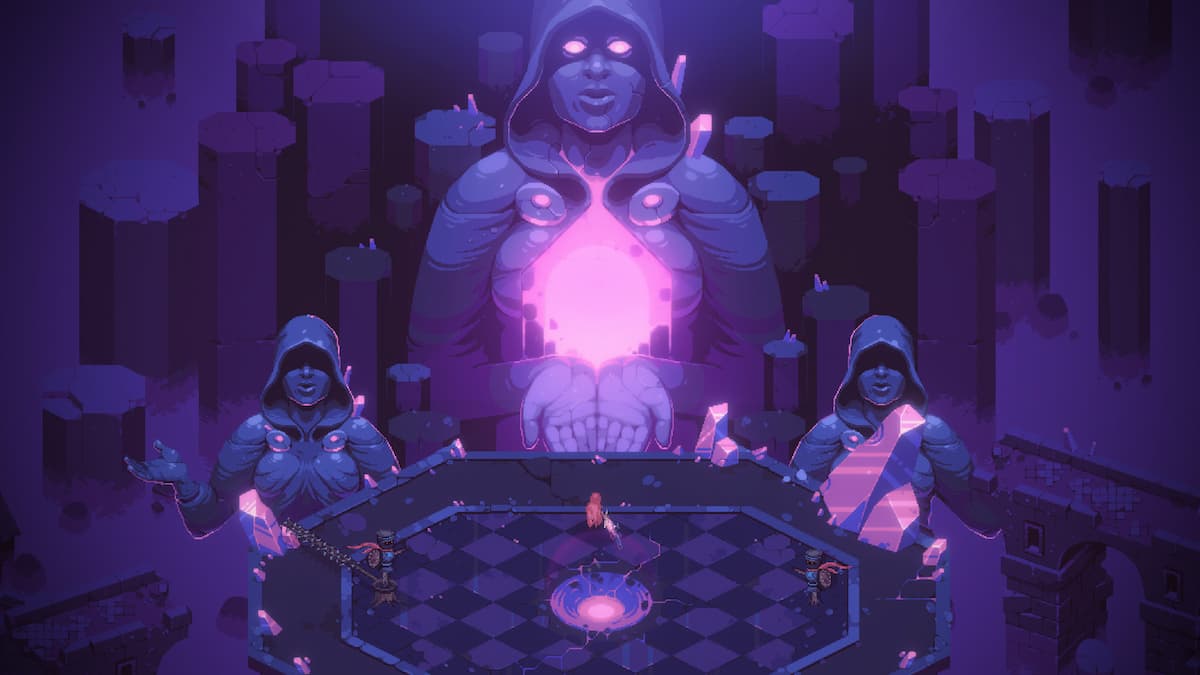 While the idea of an indie game that is influenced by the Soulsborne series might just be enough to bring on a headache for a lot of people, Eldest Souls can safely grasp the spirit of FromSoftware’s greatest works while also knowing that it does something different with the formula.

In Eldest Souls, developer Fallen Flag Studio has leaned into concepts like a dark and broken world to explore, friendish difficulty levels to overcome, and a lonely, fragile hero taking on the might of screen-filling monsters. Where things differ is that Eldest Souls trims all the fat, guiding players from boss fight to boss fight in a  tour of brutality that eschews all lesser enemies.

In Eldest Souls, you play a lone warrior seeking entry to a massive citadel. Behind the thick walls of this ruined structure is a bevy of gods that are guilty of destroying the world. As a tiny warrior with a massive sword, it is up to you to deliver some justice, but these gods have no intention of going quietly.

While it’s tempting to consider the combat to be drawing from Dark Souls, it actually has more in common with the quick freneticism of Bloodborne or Sekiro. You need to be fast, darting in and out, occasionally eating some shots from the boss because you know you can rely on Eldest Souls’ greatest combat mechanic, the health system.

To heal, you can charge your assaults, stealing health from your enemy with each shot. This changes the nature of combat significantly, as you can happily sit in the pocket and trade, stealing back health and then buying the space to recharge your attacks.

Across the game’s 10 bosses, players will find a multitude of challenges. Patterns need to be figured out, timings need to be perfected, and nuances need to be studied. There is also an element of rock, paper, scissors involved, as Eldest Souls offers three classes for players to utilize.

You can instantly switch between classes and reinvest your skill points at no cost, allowing you to explore and experiment across the classes as you like. Combat in Eldest Souls is all about learning how the game has built the latest wall you are smacking your head into and figuring out the best way to dismantle it.

Outside of attempting to stop massive bosses rendering you down to your component pixels, players will find a traditionally bleak world to explore. Contained within are occasional NPCs who might be looking for a specific item. If you wish, you can explore the world to find the item and bring it to them for a small bonus, but doing so is not essential.

People who are just here to hurry from one boss to another will find nothing that interferes with their ability to do so. Overall, the story is quite traditional. Man and gods exist as warring entities, with a god named Eksyll engineering that almost total-eradication of humanity. All the gods retreat to the Citadel, and then you go in to dish out some giant-sword-shaped justice. It’s a simple tale designed to wave to players at the start of the game and then get out of the way.

Combat is king in Eldest Souls, and expertly timing dodges, perfectly timed strikes, and a willingness to experiment are the core of a system that is exciting, inviting, and rewarding. The bosses themselves are impeccably designed, each one bringing something new to the table that players will need to adapt to.

The Watchdog acts as a tutorial, teaching players vital mechanics but certainly providing its own level of challenge. The Guardian forces a perfect balance between aggression and defensive dodging, while Azikel the God of Light turns the arena into a classic head-to-head brawl with bullet hell elements. Each boss changes things up in a way that forces players to adapt, and this is where Eldest Gods shines and has the most depth.

Eldest Souls is a superbly designed boss rush where split-second reactions and quick thinking are the keys to success. It presents players with a finely balanced level of challenge without making the mistake of being too cruel, and it will appeal to anyone who is on the lookout for a new title to speedrun.

Because it is such a composed and focused experience, Eldest Souls also wears what people might interpret as its weaknesses on its sleeve. Yes, the game is an isometric action game that can turn some people away. Other folks out there might not be in love with the pixel art style, while others don’t want another difficult game to try to work through.

That’s absolutely fine, and all I can say there is that Eldest Souls is not trying to trick anyone into thinking it is something it is not. The developers’ focus on combat and those massive bosses is the main attraction here, and they have done a superb job of giving a specific subset of players precisely the type of challenge they are looking for. If you like the idea of overcoming the odds and getting kicked around the screen for a couple of hours as you get to grips with each boss, then Eldest Souls is for you. 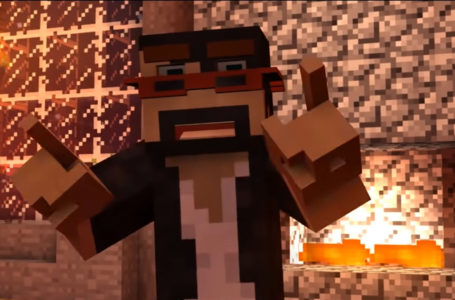 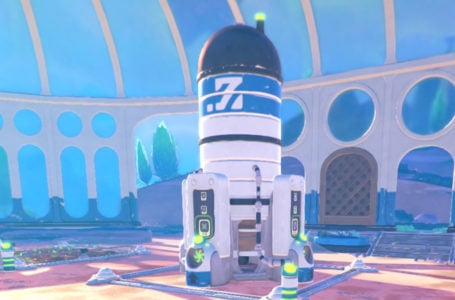 How to bank Plorts in Slime Rancher 2