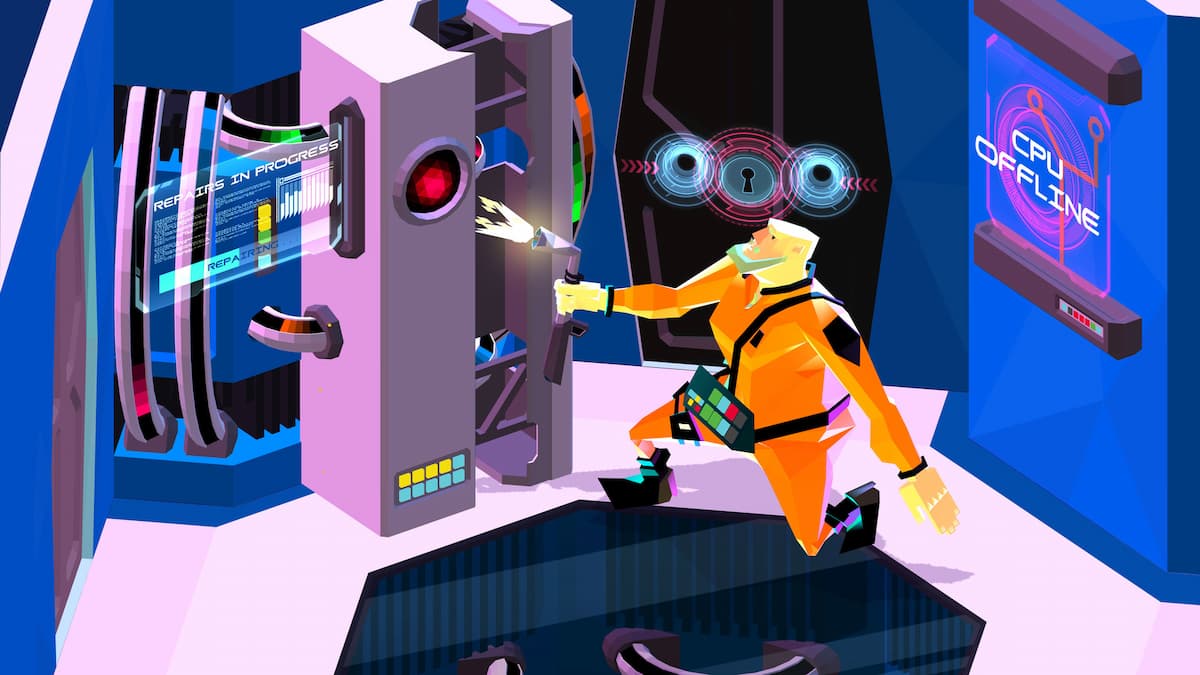 Everyone who plays board games will be aware of House Rules. All gaming groups have them, no matter what they play. Sometimes these rules make the game a little harder, or a little easier. They can even be born from simple misinterpretations of the rules. That’s exactly what Dan Taylor, CEO and design director at Thunderbox Entertainment, discovered had happened to him when adapting the board game The Captain is Dead into a digital experience. “I realized I had actually been playing the board game wrong for five years.”

This admission is made with a laugh, but it’s indicative of just how difficult it can be to translate a game people play around a table into something they will play on a screen. The reason this is so important is that “the video game acts as a digital dungeon master,” says Taylor. Enforcement of the rules is reversed; it’s now the game itself that needs to know what you can and can’t do, not the players.

Making sure those rules are correct in the first place can be surprisingly tricky. One lucky break was that Taylor was able to call on JT Smith, an original designer of The Captain is Dead, to ensure that everything was as it should be. There are some mild differences between the cardboard and digital versions, but fans can expect a very faithful adaptation of this frantic and fun game.

If Taylor has another thing going for him when it comes to his chosen line of work, it’s that he is so very good at it. A veteran of the gaming industry, Taylor has worked as a level designer at companies like Square Enix, Ubisoft, Rockstar, and Eidos Montreal. He gave a very famous talk called Ten Principles for Good Level Design at GDC, which now effectively acts as a bible for anyone looking to design engaging, exciting, and surprising levels. But there was a growing sense of dissatisfaction with AAA game development. “For the last six years of working in AAA, pretty much everything I worked on got canceled,” Taylor says. “You get to the point of designing all this stuff, and no one gets to play it.”

In 2017, the stars aligned and he decided to set up his own studio, Thunderbox Entertainment, dedicated to transforming board games into digital experiences — which, notably, doesn’t include any level designing. “It’s always better to regret the things you have done than the things you haven’t done,” Taylor says. “The main reason I set up Thunderbox Entertainment is for the love of board games. I want it to be kind of a digital ambassador for these cool, cult board games.”

The first project Thunderbox took on was Tsuro: The Game of the Path. With over 1.4 million downloads and ranking as the number one board game app in over 90 countries, it has been a great success for the team. They followed this up with Roll For It!, a casual dice-based game that involves rolling dice, matching the results to cards, and trying to outscore your friends. Now, The Captain is Dead is something of a step up in scope and complexity compared to previous games.

When asked about how they settled on The Captain is Dead as their next project, the answer is surprisingly complex. “After we did our first couple of games, we developed a quantitive selection process,” Taylor explains. “We look at turn time, rule complexity, characterization, graphical style — loads of different factors — and we rate them all numerically.” The Captain is Dead was one of the top-scoring options.

The basis of The Captain is Dead is simple. You are in control of the crew of a spaceship under attack by aliens, and with your core about to explode, you need to get out of Dodge. If you can repair the core, you win. If your shields are depleted or too many aliens get on the ship, you lose. You have a varied range of crew members, each with different skills or strengths. A rolling wave of disasters will hit the ship: teleporters can break, sensors can go offline, and anomalies can increase gravity and slow your movements. You need to overcome them all to fix the core. It is frantic, fast-paced, and built around the concept of imperfect knowledge on the players’ part. You know what can happen, but you don’t know if it will, or exactly when.

When programming a system like this, fairness can be a concern, but the board game’s level of polish meant it all came together very quickly. “The more I worked on the game, the more I realized how finely tuned and well balanced the original is,” says Taylor. The Captain is Dead underwent five years of fine-tuning and testing before being released for tabletop. This translates into a game that walks a fine line between challenging players and just being cruel to them.

If anything, the video game version could be allowed to give less information to players. “The players don’t need to know all the rules or all the details,” says Taylor. “They encounter them as they play and can learn them as they go along.” This is one of the best things about any video game, the experience of learning and adding knowledge gleaned from playing to your tactics and plans.

However, the developer still needs to provide players with plenty of information, mostly when stuff doesn’t work. That’s where iterative design, a hallmark of video game development, comes in. “In the beta, if you couldn’t do an action, the button would lock you out, and this confused people,” says Taylor. “I thought it was smart and players would love it, but they didn’t.” Now, if you press a button that won’t work, you get a message telling you why. It’s an essential difference between the board game and the digital version.

With a board game, you can simply ignore or improvise any rule that you don’t like in the moment. But in a video game, you can’t just enforce a failure state. To keep the game going, you need the player to understand what they can do if their first instinct is not an option. You need your digital dungeon master to be capable of teaching players, not just punishing them.

Just as important, you need to inspire players to engage with the game. One major advantage the video game has over the tabletop version is its soundtrack. Taylor used James Horner’s orchestral theme from Star Trek: The Wrath of Khan as filler while prototyping, but after experimenting with an 8-bit retro synth to produce the sound effects, he decided to explore a similar option for the score. His love of Synthwave and an affinity for Carpenter Brut led him to talented Synthwave producer Occam’s Lazer. “The music had this kind of panic and foreboding, but also a nice upbeat energy that we needed,” says Taylor. It also helped to further solidify the video game’s identity outside of its tabletop counterpart.

Four years after setting up Thunderbox, and with the company’s biggest project yet hitting the market, Taylor now finds himself in a very interesting position. With a global pandemic underway, groups of people who would have previously met up to play games in person are hunting for digital versions to play with their friends online. As people strive to maintain some form of social connection, video games can once again step in to fill a need that a year ago nobody even imagined would exist. “People are missing board games, missing hanging out with their friends, but they can grab a digital board game and still play together,” Taylor says. “It’s been cool to be able to fill a gap for people. It’s super rewarding.”

The Captain is Dead releases on PC via Steam, Android, and iOS on Febuary 1, 2021.