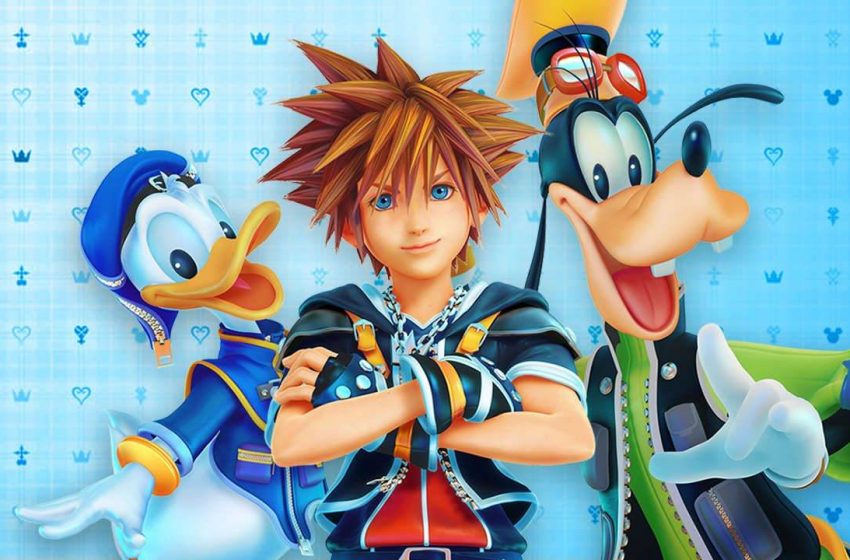 Monsters created by the absence of the heart. A space ship made up of candy. Thirteen people in black cloaks with nefarious intentions. A boy with a giant key as a weapon. An unnecessarily complicated plot. And dozens of Disney animated classics to play through. Yep, that is Kingdom Hearts.

First released to the masses in 2002, the appeal for the original Kingdom Hearts game was apparent. Who doesn’t want to fight evil creatures called Heartless with Donald Duck and Goofy? Add in several worlds based on favorite Disney films that you can traverse in, and Kingdom Hearts was destined to be a hit.

However, from there, the appeal became more than playing through your favorite Disney world. Players were drawn by the story and the original characters of Kingdom Hearts. An engaging storyline was still relatively a novelty in video games when the first Kingdom Hearts game was released back in 2002. Whereas the characters and stories of the Disney worlds were mostly the same as they were in the films, the original storyline was surprisingly meaty.

From there, the sequels and spin-offs would continue to add more to the story and lore of the first game. The story grew to become increasingly more convoluted and complicated. The complexity of the narrative has become so difficult to grasp that even veteran players of the franchise have a hard time following along with the plot. It also doesn’t help that every title in the series is vital to understanding the bigger picture, including some of the cash grab mobile games.

Despite that, we all continue going back to the world of Kingdom Hearts. Though the Disney worlds have remained a big appeal for gamers still, there is just something about the complex narrative of the franchise that makes it riveting. Not every fan appreciates the plot, and the story is deeply flawed. But it continues to be the primary source of discussion among fans, and it is something most of us genuinely cherish. Let’s go over what makes the plot so unique.

I maintain the belief that the first Kingdom Hearts game has the best and most clear cut story. You are introduced to the main character Sora, along with his friends Kairi and Riku. They get separated, and Sora starts traveling through the many Disney worlds with Donald and Goofy to find his friends. Along the way, the many Disney worlds begin falling into darkness by creatures called the Heartless, those without hearts.

You understand the stakes, Sora has the motivation, and there is the reason why you need to go to each Disney world. Sora may have a similar personality as seen within male leads in traditional Japanese anime, but it is his interactions with his friends that make him enduring. From his budding friendship with Donald and Goofy to his rivalry with Riku, Sora comes across as a protagonist to root for.

His innocent romance with Kairi is also what helps drives the plot. There’s the genuine charm in seeing Sora going out of his way trying to save the one person closes to him. The dialogue is generally really cheesy, however, what would you expect from a game all about hearts and darkness? The story also has some compelling moments, a highlight being when Sora temporary loses his ability to use his Keyblade.

Based on the franchise’s initial outing, it’s no wonder that the first game has resonated with people as strongly as it did.

After Kingdom Hearts II, the franchise will continue to release new games that on the surface appear to be nothing more than inconsequential spin-offs; except that couldn’t be further from the truth. It didn’t help that a lot of these titles were released initially on handhelds rather than on home consoles. The franchise would also start to use nonsensical titles for their games, like Kingdom Hearts 358/2 Days.

Kingdom Hearts III is almost incomprehensible without knowing the stories in all the previous games in the franchise.

Despite the series constant need to make things more complicated than it needs to be, which includes convoluted plot points and making every game in the series a vital piece in a larger puzzle, fans continue to be fascinated by the franchise’s story. Even when the series takes it time to talk about the existentialism of what a heart is, and how Sora always win with the cheesiest thing like the power of friendship, we all keep coming back to this universe.

That’s because underneath all the clutter is a genuine story about the connections you make with people. The juxtaposition between the dark storylines in the main plot and the cheery plot in the Disney worlds creates a unique narrative, something unique. While it may seem silly to want to see Disney characters like Mickey Mouse talk about serious things, the Kingdom Hearts franchise makes it work strangely.

It also helps that there’s a lot of pathos within the story, particularly among the characters. Even if you don’t understand the ins and outs of the Kingdom Hearts lore, the emotional journeys among the characters are palpable. Roxas admitting to himself that his summer vacation is over in Kingdom Hearts II is a powerful, yet very subtle moment in the franchise. It symbolizes the end of innocence and emphasizes how tragic a character Roxas is.

Kingdom Hearts 358/2 Days is secretly (or not so secretly) a tragedy. 358/2 made me cry because I sincerely cared about the characters, and I was upset by their circumstances. Birth by Sleep has a similarly tragic story played among the leads, ending with all three main characters in unfortunate situations.

The inherently tragic nature of Kingdom Hearts is what makes the happy moments, and even the cheesy moments, feel more worth it. It is one thing to have Sora beat the big bads, and save everyone with the power of friendship. It is another thing for Sora to save his friends from their sad fates. This is why many fans so desperately wanted to get their hands on Kingdom Hearts III; it is not just to experience the fantastic gameplay, but to also see what happens to our favorite characters.

No matter what I write, I know a great many people will never care, or even like the story in Kingdom Hearts games. Which is fine, not everyone needs to love everything. Even I have issues with the stories; I mainly do not like the narrative in Birth by Sleep, and certain aspects in Kingdom Hearts III frustrate me because of how inconsistent it is with the rest of the series. However, I want readers to understand why the series has meant so much to so many people. Fans around the world cried while playing Kingdom Hearts III, and I don’t blame. And even if you don’t get Kingdom Hearts, you too shouldn’t blame fans for being so emotionally invested in the franchise.