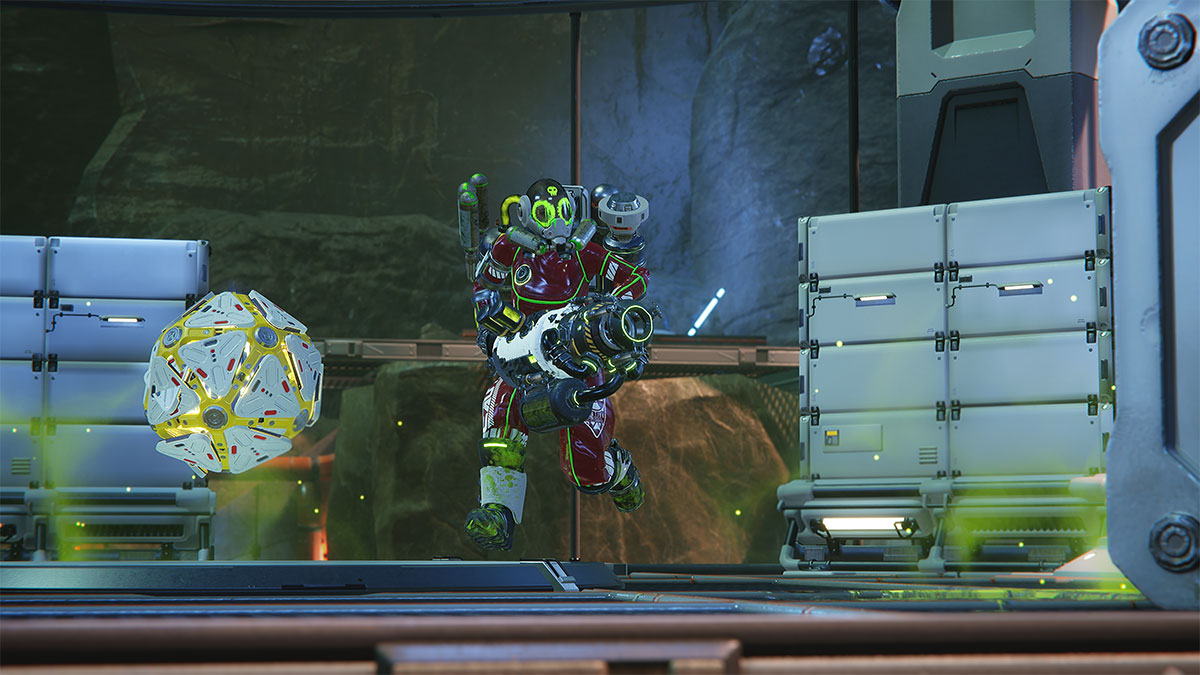 Lemnis Gate is an ambitious project that blends several elements, creating a soup of game mechanics that, on paper, sounds dreadful. However, when we got a chance to play the game for ourselves, we were surprised to see just how well everything comes together. The game combines the adrenaline-fuelled highs of intense first-person shooters with the tactical edge required in any game of chess through the use of a time loop that makes the game almost impossible to put down and incredibly satisfying to win. Here’s a look into how it all works.

Every match has a certain number of rounds, and you must choose which hero to play at the start of each one. When you’re the one playing, you’ll plan out your actions for that specific 25-second time loop. When the timer ends, the loop is set. After that, it’s the opposing team’s turn to combat your actions or plan some of their own.

You can only use a hero once, and since each has its own unique abilities and weapons, you have to plan how and when to use them in a match. For example, one hero can run faster than the others and has a speed boost as their special ability. This is perfect for picking up points and depositing them or reaching an objective and causing damage before the enemy can stop you. Another hero has the ability to place turrets, meaning the player can place defenses to render the efforts of the enemy void unless someone kills them in a future round.

Players only have the set number of rounds to play in, and as a result, you can’t use every hero in every match. Once the final round is over, the time loop will play out with every character that has been placed over the course of the match. Depending on the actions players took in those rounds, they could win or lose based entirely on another player’s actions in a different round.

The best way to explain how Lemnis Gate works is to look at its game modes. There are two in total, and each can be played with a combination of bots and real players. Every match feels like an epic battle. There are two main objectives across the various game modes: collecting points and depositing them in your goal or destroying the objective.

This is the simplest mode by far. Players take it in turns choosing a hero and play out their actions. They might place some defenses, collect points, or destroy the enemy base. Players have 25 seconds in which to play, and all actions count. Even if you’ve deposited a point and only have five seconds left, it’s worth firing towards the enemy base just in case those shots will count towards your victory later.

After the first player plans out an action, the second player does the same. They might attack the enemy base, but they can also kill the enemy player. This renders their actions useless and presents the second player with the opportunity to do whatever they want unimpeded. Once their turn is over, it’s back to the first player. While a round is playing out, and you aren’t the active player, you control a drone that allows you to watch the battlefield and track every movement from past and present loops.

This continues across five rounds or so, and then the time loop is sealed. In our experience, the actions of the final round often decided which team won or lost, but if you’ve been strategic enough from the start, then no amount of cheese towards the end can prevent victory.

This game mode is a lot more frantic than 1v1. Players alternate turns taking actions in their time loops, but the turns also alternate between teams. First, a player from team A will have a turn, then a player from team B, team A again, and finally team B. When all players have input their actions, the round is sealed, and it’s onto the next one.

We found that this game mode was a lot more confusing but also the better of the two. 1v1 can feel very one-sided when one player is clearly better at the game than the other. In 2v2, though, two players can strategize against the enemy team. We found ourselves splitting up to defend and attack simultaneously. By watching both sides of the map, we were able to plan which heroes were required in certain areas and where we should place defenses to take out past actions that our enemy had sealed in a previous round.

The only downside is that this game mode takes much more time to play. However, when you see the time loop play out at the end, the absolute madness on screen is a joy to watch, especially if you emerge as the victor. In our time with the game, we just about managed to beat the developers, but they said it was one of the most enjoyable matches they’d played to date.

Great to look at, tricky to play

There’s no question that this is a good-looking game. Structures and heroes are crisp and sharp, and everything looks as though it’s been built to run on PS5 and Xbox Series X/S first. Even in the frantic 2v2 game mode, the game still looked brilliant regardless of how much was going on in the match. But it’s tough to understand at the start. Only at the end of our two-hour play session did we feel like we’d finally grasped the controls.

The massive differences between each hero and the limited time you get to play them means that the learning curve for each is steep. After all, you can’t get an understanding of how any of the heroes in Overwatch play in less than half a minute. To caveat this, players have unlimited time in which to choose a hero, meaning that you know exactly who you’re playing as for each round. You’re just pushed for time once a round starts.

Some hero abilities were clearly designed to help past versions of yourself or a teammate, to make matters worse. There’s a shield that can be deployed on the ground or to a hero directly. Despite our best efforts, we could never get it to attach to a hero, but we did inadvertently give an enemy some cover. On the one hand, we were playing an early build, and issues like this may be ironed out in the final release.

On the other, the game has a lot going on and doesn’t give you much space to learn it all. We can definitely see this being off-putting to new players, particularly if they pick the game up on Xbox Game Pass and don’t have the financial investment as an incentive to push on and try to enjoy it more.

More than meets the eye

Lemnis Gate is a title you need to play yourself to judge. It’s incredibly complex to discuss, but there’s a genuinely fun game underneath all of that jargon. It has the same pacing of a board game but offers enough variety in the shooting and the roster of heroes that no round is ever the same. It’s easy to imagine players developing initially winning strategies and then seeing them fall apart under pressure from new ones built to counter them specifically.

The game launches for PC, PS4, PS5, Xbox One, and Xbox Series X/S on August 3 and will be available on PC and Xbox consoles through Xbox Game Pass on day one. That availability will almost certainly result in a slew of players filling up the servers with potential opponents. From what we’ve played, it’s clear to us that Lemnis Gate will find a home with those who enjoy something different and the combination of tactical thinking with fast-paced shooting and gameplay.

Are there multiple endings in Metroid Dread? Answered 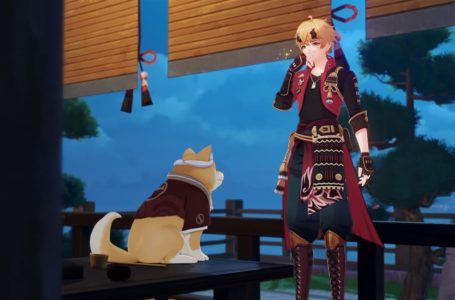 Thoma Hangout guide in Genshin Impact – how to get all endings 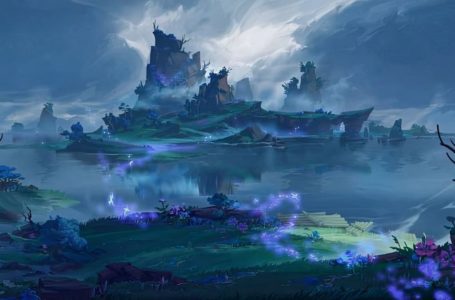 How to reach Tsurumi Island in Genshin Impact