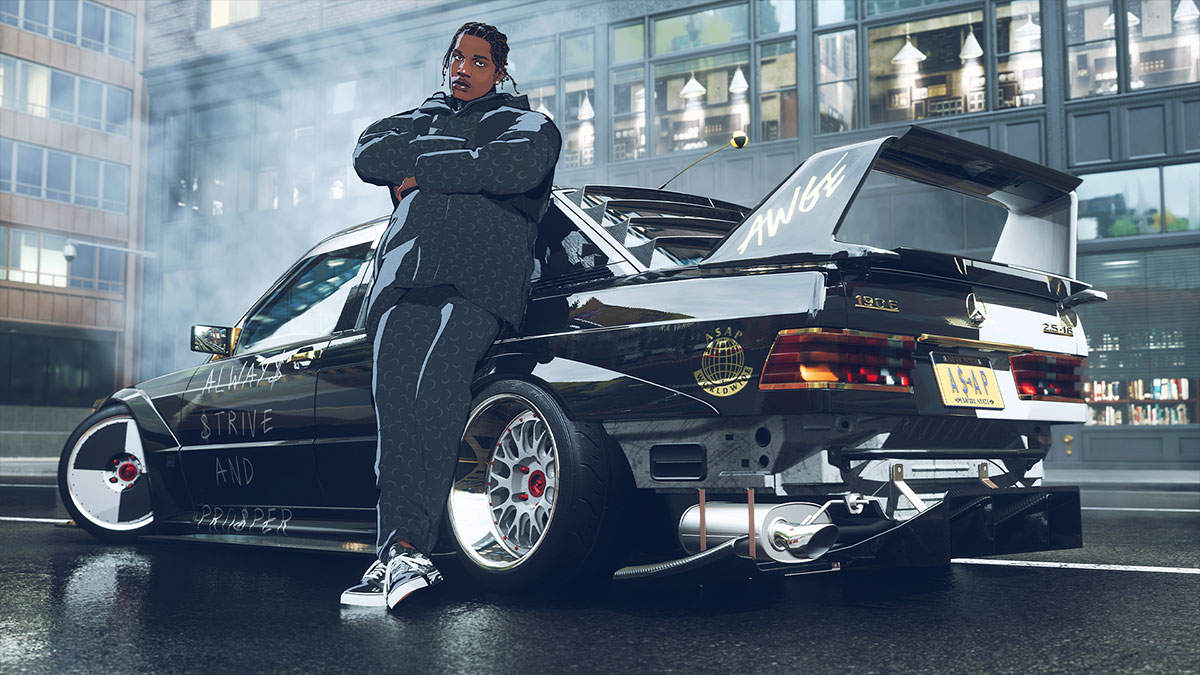 Need for Speed Unbound had a very quick release, with just two months between an eye-popping announcement trailer and the release of the game. Need for Speed has been in a difficult spot; it’s still trying to put out an annual release, but it never has the traditional run-up that a yearly sports franchise might. Its most recent release, Need for Speed Heat, was a game that felt like it was trying to keep itself alive without trying anything new, which is part of why this new art style was so exciting; it hinted at new ideas and at a desire to get back to the underglow-filled world of Need for Speed Underground.

In comparison, Need for Speed Unbound comes out with a stronger start than I was expecting. Starting off with a compelling found family narrative, Unbound sets you into a tutorial with a powerful car to get you into the flow of the game. Everything is set up to be a wonderful comeback for the series — but for me, Unbound makes a mistake and chooses to not include a feature that’s become standard in many other racing games: the racing line.

For those unfamiliar with the concept, the racing line is a visual representation of your best move while you race. It was popularized by Codemasters, which runs the F1 and GRID racing titles, and was bought by EA in 2021. It lights up green on straightaways and turns from yellow to red as you need to make a turn. It’s less common in street racing games, but it’s not unheard of and can still be a wonderful learning tool. There’s a certain amount of joy that comes from staying on the racing line and dusting your opponents. Similar to how hitting all the notes in a rhythm game feels euphoric, sitting on top of a racing line for an entire race and winning by multiple seconds can feel just as good.

I put well over 50 hours into racing games this year, and I thought that surely all this time spent would help me be better at racing games. As I booted up Need for Speed Unbound, I quickly realized that not having the racing line made me fall back into awful habits like never braking and taking super late turns. This is all made worse by the fact that every race in Unbound requires you to pass through checkpoint gates or be warped backward and lose more time.

I don’t think Need for Speed Unbound is trying to be punishing; hell, on the easiest difficulty, it gives you 10 total restarts per in-game day. This game doesn’t force you to win races; it wants you to succeed, even giving you bonus money for beating someone of your choosing, so that you’re always making forward progress. There is good design here, but it feels moot to me personally because I have to start from square one. At this point, features like rewinds and the racing line don’t just feel like accessibility issues; they feel like the core of the entire genre. Franchises move forward all the time — imagine trying to play a God of War game now without a recalling axe, or trying to play a Fire Emblem game without unit pairings. Sometimes you have such a good idea that it becomes critical and you hang on to it.

We see this in fighting games quite a lot: if you want the community to pick up your game, you need to make an attempt to use rollback netcode in order to create a stable environment for playing online. I think it’s time that racing game fans get on board and rally behind accepting racing lines being a widespread feature. I don’t blame Criterion for not using it; they’ve never done that before, but I do think if EA wanted to actually be a helpful publisher, they would use the resources of Codemasters to give the game a racing line, and in turn, help Codemasters implement menu narration into F1.

If we must live in a world where big companies own everything, at least help foster an environment where they can help each other.