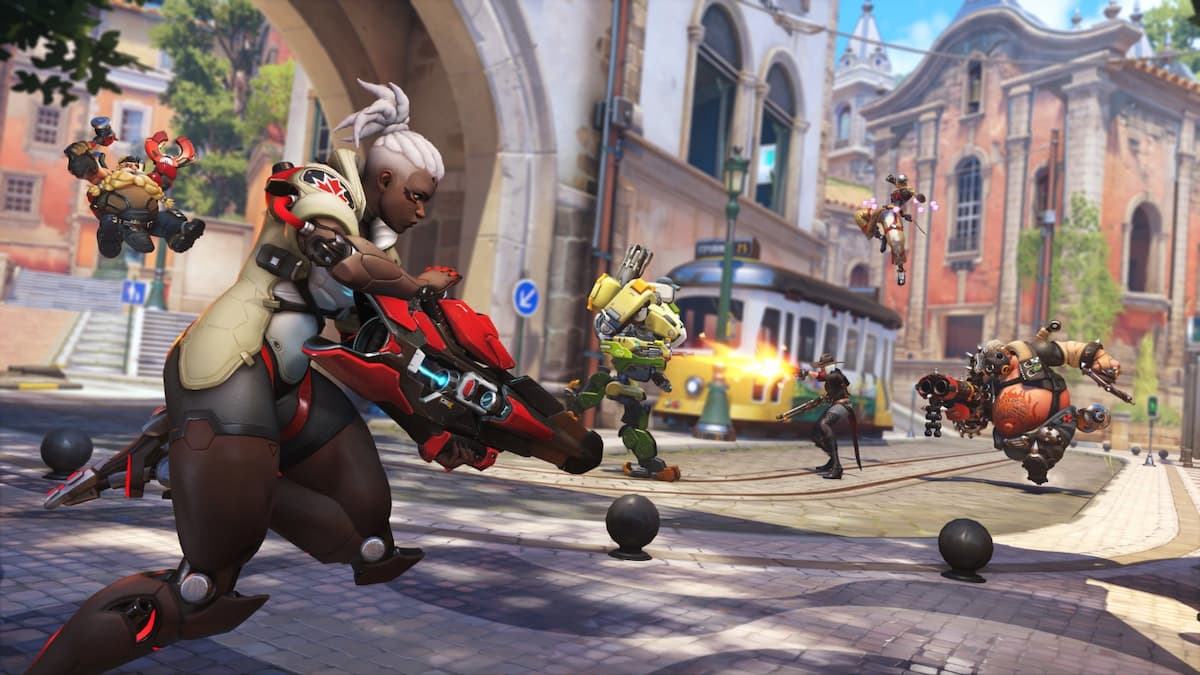 Since Overwatch 2 was released in October 2022, there have been many criticisms from the Overwatch community: to list a few of them, there were server struggles at launch, overpriced items in the in-game shop, a lack of in-game rewards, and the removal of hero characters due to bugs and glitches. Of course, some of these complaints are pretty common in new games-as-a-service releases, but how the controversy has piled up seems to align with how developer Blizzard Entertainment operates these days.

The negatives outlined above usually don’t interfere with the gameplay from match to match. The same can’t be said about how Overwatch 2 adjusts competitive matchmaking from its predecessor. A lot of focus with the shift to this sequel is towards ensuring that queue times for games are shorter than they used to be, regardless of the playerbase exponentially growing with the move to free-to-play. That being said, it has impacted the ranked side of the game negatively.

Overwatch 2’s competitive matchmaking now casts a wider net than the first Overwatch game. Players around my skill in Gold and Platinum for all three roles might match up with me, or will have to square off against players as high as Master or as low as Silver. Everyone has an MMR value that they don’t see, which decides which players they go up against in both Quick Play and Competitive, but it doesn’t necessarily affect the rank that you see on their profile.

It’s a confusing situation and never made sense, but after years of questions about it, why are we still having these problems? There are massive skill gaps between players, and since every team member’s contribution matters in a game like Overwatch 2, many Competitive games feel over before they even begin. At this point, you’re just hoping you win a coin flip, and the game gives your team the stronger side. By the end of the first round, the stats board should paint a clear picture.

I have been playing Overwatch since it was originally released in 2016. In the hundreds of ranked matches I’ve played, I can’t think of a time when I ever saw a team not able to get at least two eliminations in a whole round. Just in Season 2 alone, I have seen situations like the one seen in the scoreboard above at least a few times a night. In one match, I’ll be dominating a Silver-tiered Orisa that doesn’t understand how to use their abilities in the right situations. In the next game, I’ll be instantly picked off by a Master-level Sojourn who hits most railgun shots in my head. In the match I’ve shared below, we even lost one fight on defense, so the opposing team took the first point on Eichenwalde, but players knew that this game was quickly over.

Everyone has recent stories of their Competitive matches being completely one-sided affairs, and a vast majority have been on both sides, resulting in more toxicity in the Overwatch community. Sure, some players will throw matches like always in Overwatch, but I have had so many games with players generally trying to play correctly. However, there is an invisible barrier in matchmaking that is putting them in spots where they can’t get better.

If you ask Blizzard, this method of matchmaking is present so that players hover around a 50% win rate. But if every game is a blowout, where is the reward for either side? The Overwatch 2 community is attacking each other ruthlessly in game chat, but the thing is, what are the struggling players supposed to do? Overwatch 2 places them against players that have proven to be in a league above them. It’s an unfair situation for them and makes winning less fun and more unrewarding than it already is for the higher-skilled members.

Related: Overwatch 2 players absolutely despise the Battle for Olympus event, for a lot of reasons

There is no such thing as a perfect matchmaking system, but it distinctly feels like the one in Overwatch 2 has taken a step backward. When every Competitive match feels as uneven as your usual Quick Play game, you have failed the ranked-dedicated portion of your community. Blizzard Entertainment needs to fix things fast. Your invisible MMR number needs to be tied to your competitive rank — because the way things are now, it is ruining the one bright spot Overwatch 2 has for it. You can complain as much as you want about over-priced skins and the battle pass, but usually, it’s possible to turn that side off and enjoy the game. However, when a game with competitive play at its core can’t manage games that are even close to fair, why are we still playing?