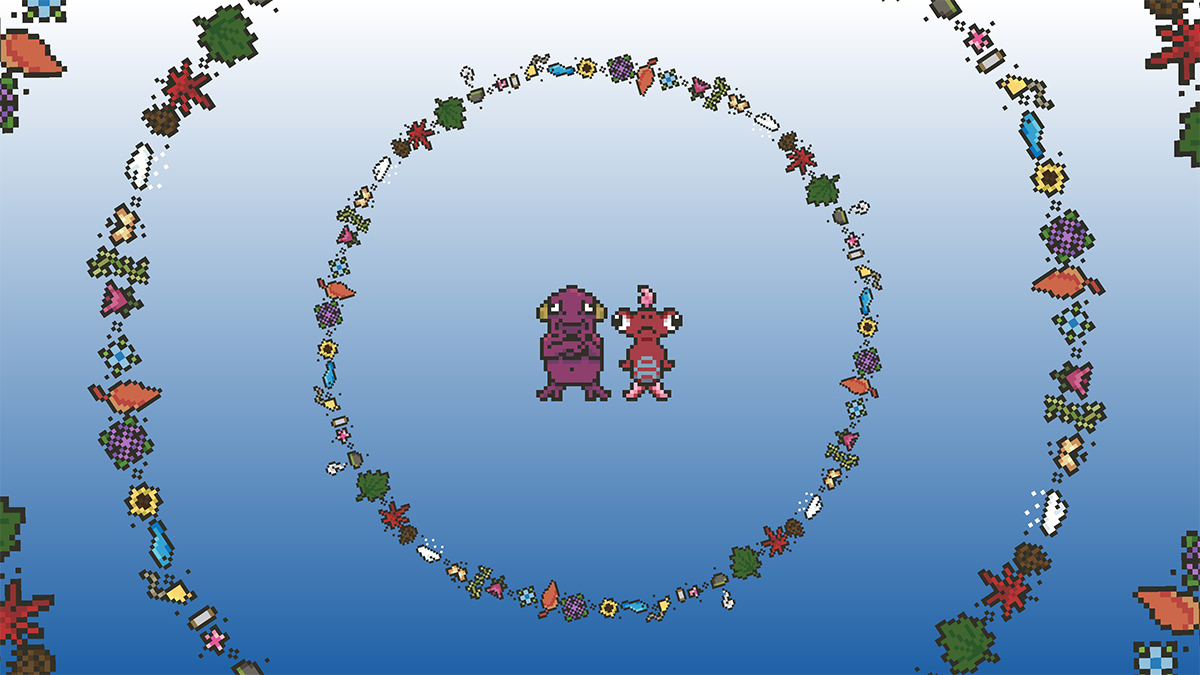 When Spirittea was first announced, the cozy life sim elicited memories of games like Animal Crossing and Stardew Valley, with a heavy dose of Studio Ghibli films like Spirited Away. It’s a fusion of real-world town living with a hidden mystical side — you have to help both the humans and the spirits. Thanks to a demo through the Steam Next Fest, I got a chance to sit down and see how those two halves come together for an adventurous whole. Here’s how it went.

As you’d expect, Spirittea begins by asking you to create your character, à la the aforementioned lane of cozy games. Before you ride the bus to the isolated town where everything takes place, you’ll get a chance to name your destination. I went with Tokyokai because of Spirittea’s premise and because I like wordplay. I’d seen this sort of setup before, but it still served to make the demo start with a personal touch.

As the bus rambled on to Tokyokai, one of the next things I noticed was Spirittea’s soundtrack. It’s a bop. Synthesizers with a touch of bluegrass make walking around town feel comforting. An art and animation style that sometimes reminded me of Earthbound helped create a warm feeling too.

Tokyokai itself was very peaceful. It was a tiny town by any measure. A woman named Miko met me as I stepped off the bus and showed me around; a bike shop, cafe, restaurant, and karaoke bar were among the sights of our short tour. As I spoke with the other citizens of Tokyokai, I got a small sense of everyone’s personalities and quirks. These are people I wanted to spend more time with, but unfortunately, that wasn’t possible in the demo — more on that later.

Seeing the other side

The human side of the settlement is only one part of what the game offers. Upon drinking the titular tea, my eyes were opened to the spirit realm. There, I met Wunyan the ghost cat. This is when Tokyokai’s personality really started to shine. Wunyan wanted me to help the various spirits scattered around town. They were forgotten by the townspeople and had thus lost their powers. By carrying out tasks and restoring them to their true forms, I could begin building this small town into something bigger.

The first encounter was with a pair of spirits in a sweets shop. Before I could get a word in, they transformed into a miniature bus and sped out of the shop — the quirkiness is on full display in the spirit realm too. Cue a chase scene in which I had to catch up to the bus before the spirits remembered who they were and returned to their original forms.

This pair of spirits was a bit basic, but that’s to be expected with early-game encounters. Even so, the chase inferred that wrangling each spirit would involve some sort of larger task. Considering a massive section of the in-game map was covered by clouds, I can only imagine where some of the late-game spirits dwell.

All about the bathhouse

That’s just how you deal with spirits on the loose. The game’s money-making loop comes from the bathhouse. This is where the Spirited Away vibes are really heightened. The two bus spirits handed over the key to the front door, and upon entering, Wunyan gave me a rundown of how the business works.

It’s a combination of keeping the fire in the basement going, washing and drying towels, and leading spirits to their spot in the bath. It was easy to see how this loop worked: you have self-replenishing resources within the bathhouse, but you still need to actively juggle the firewood, towels, and customers to keep it all flowing.

Plus, you need to make sure the spirits have a good experience. This starts by placing them in the right spot: certain spirits are happy or angry when near other kinds, so there’s some trial and error in arranging them in the pool. Wunyan also mentioned that there are scrolls in the game with additional details on what spirits like; it’s easy to picture the upgrades you might make to the bathhouse to offer more services like food and massages. The better time the spirit has during the visit, the more money they’ll leave on the way out. Money goes into the activities you can enjoy in town, so keeping the bathhouse in ship shape is a priority. Since resources automatically refreshed, the whole system gave me very little pressure.

There’s a lot going on in Spirittea — so much that even with as many fun and quirky experiences as I had, I felt like I barely grasped the full scope of how Tokyokai operates. So much of what Wunyan mentions is hypothetical since the demo ends after a single bathhouse shift. It’s clear that there are many more systems at play: the pause menu includes a blank list of spirits, relationship charts for every town resident, and a whole “spirituality” screen that’s laid out like some sort of skill tree. There’s a lot at play here, and the demo does little to bring it all together in a cohesive way.

That said, what the demo does provide is quite delightful. I genuinely want to meet more spirits, connect with the townspeople, and see the rest of what Tokyokai has to offer. I suppose that’s what you’re probably looking for in a first demo. That said, an extended version or even a second demo would go a long way toward making a more refined impression. There are some lovely ideas and an inviting tone here, but as it stands, it’s hard to make any sort of firm recommendation with the limited engagement the demo gives.