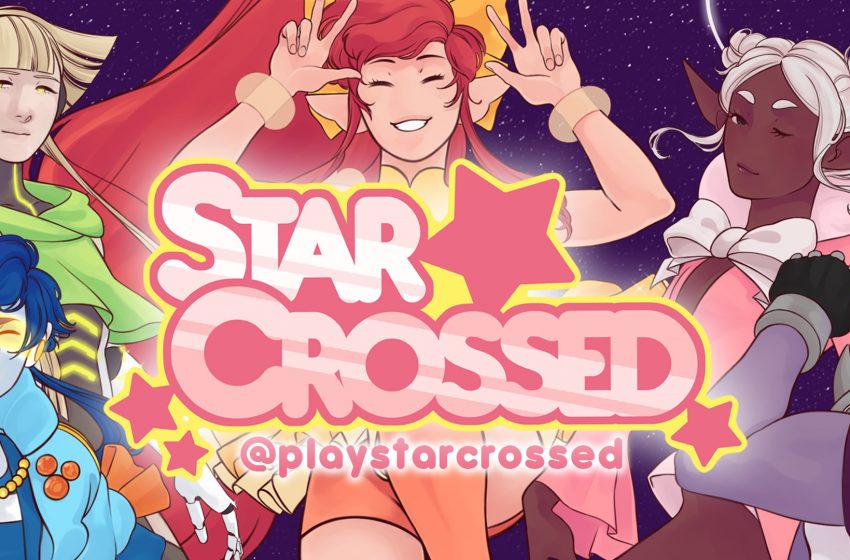 Magical girls and nonbinary folx, but in outer space, and also saving the universe from impending doom, of course. That’s StarCrossed.

StarCrossed by Contigo Games is an arcade-style game that is optimized for local co-op (though can be played remotely through Steam Remote Play). You and another player each choose one of five different characters as a glowing star bounces back and forth between the two of you. The goal is to use the star to damage any evil space monsters in its path and then bring the pain with your characters’ ultimate abilities.

At this year’s PAX East, the producer & narrative designer Francesca Carletto-Leon was a force to be reckoned with. She knew how to keep demo players engaged and also plug and sell the game’s current merch.

StarCrossed has been out on the PC for three weeks now, but according to Carletto-Leon, the title has not yet reached its target audience.

One of the things that interest Carletto-Leon the most about video games is how to have the best digital experience, while also having the best physical experience.

A major topic she discussed was the idea of a gaming space being public (co-op, on television, on a shared screen) vs. private (on a laptop, on a mobile device, etc.) and how that might blend or clash with the type of game being created.

While something like a visual novel game or dating simulator might be best suited for a private space, a local co-op game like StarCrossed is best suited for a public space, and the Nintendo Switch fosters an environment that encourages playing games together.

When the Contigo team was first working on the earliest concepts of StarCrossed, the Nintendo Switch hadn’t been announced yet, but when the first trailer for the Switch dropped, Carletto-Leon joked to her team, “Look! They made a console for StarCrossed”. It seemed like a match made in heaven.

Whether it was the joy-cons ability to separate from the screen and allow co-op on the go, or the bright colors and characters prevalent throughout Nintendo’s various releases, Carletto-Leon and Contigo as a whole saw much promise in the idea of StarCrossed going to console.

As an indie developer, the team wasn’t sure in the early days if the game would ever even see a console release, but after working together and building a polished game, StarCrossed will see it’s console release at the end of this month.

When the game comes to console, there will also be new merch released, including a limited run of t-shirts and character enamel pins on their publisher Whitethorn Digital’s shop page to leverage off of their momentum.

If you go there currently, there is one StarCrossed pin already available.

StarCrossed is out now on Steam and coming to Nintendo Switch, Xbox One and Playstation 4 on March 31st.