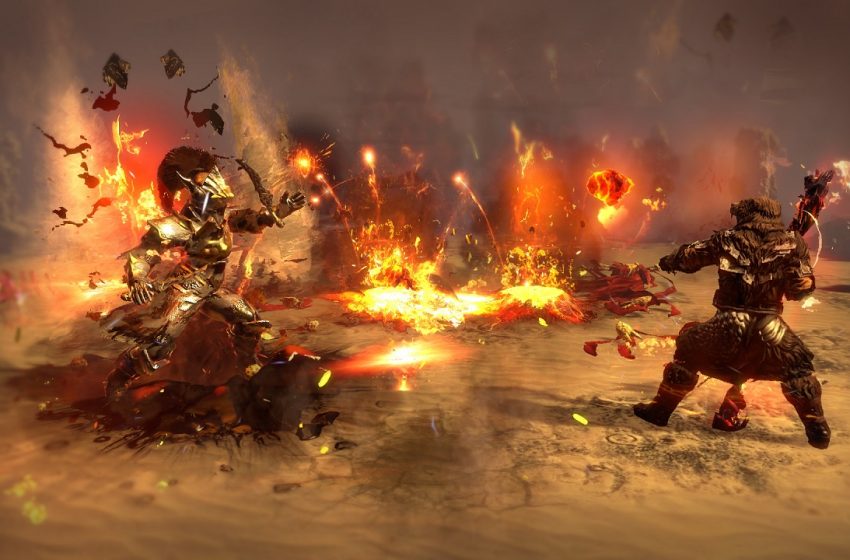 The RPG genre often requires a big investment from developers and publishers. It’s a genre that allows players to embrace themselves within the lore, landscape, and characters that it features.

RPGs often have a big focus on art direction and compelling story elements that keep players coming back. They are fantastic, whether they’re developed with Western, Japanese, or any other traditional elements built into their foundations.

However, these are often games that require a great deal of time and effort to create. Text and dialogue make up a large part of what makes them role-playing games, and as they often are designed to last. This means it’s very rare that you’ll find a good RPG offered up for free to players.

Fortunately, there’s still a small number of game developers that allow their games to be played without costing you a penny. They might not all be as fully-fledged as your Final Fantasy or Mass Effect series, but they are games that are worth your time.

With that said, here are five of the best RPGs you can play that are 100 percent free, all available on Steam.

Originally a mobile game released in 2015, Soda Dungeon popped up on Steam in 2017, and as you can imagine by the name, there’s some sweet soda involvement here. A game in the pixel-art style, it’s as close to a full RPG as you can get as you take a team of heroes that you can add to, build your resources, improve your home tavern, and take your team to the dungeons for some combat action.

The main game can be completed within a few hours, but for those who want to take their time and complete everything that there is to offer, Soda Dungeon can offer up to 100 hours of gameplay. That’s better than some full-priced RPGs, all for less than 75mb of download data. A free-to-play sequel is also in the works, so if you enjoy this one, you won’t have to wait too long for more soda-popping action.

While this is not technically a full game, Backbone: Prologue is an excellent Noir-style prologue to the main game, currently set for release next year, that is absolutely worth the time. While featuring slightly less in RPG features but still borrowing many of the genre’s key principles, Backbone features a private-eye anthropomorphic raccoon on the hunt for clues, leads, and information for his clients.

Also in pixel art, the game oozes an atmosphere executed as well as the best amongst the noir-style. It’s only about an hour or two long, but it’s an adventure that’s worth taking, with plenty of time to complete it before the next installment releases. At only 1GB in size too, it’s not a large investment of data either.

By simply looking at Grimm’s Hollow, it’s easy to see where the influence of the game comes from. With an art style reminiscent of Undertale, and an equally wonderous story to go with it, Grimm’s Hollow is another example of a free RPG that is short but oh so sweet.

Take on a number of spooky beings, explore caves and dungeons, and build-up skills as you search the afterlife for your lost brother. It’s a game that is a labor of love, and it feels like one. It suffers a little in the technical department by virtue of being a very low-budget indie game (originally released on itch.io), but it’s not enough to detract from the adventure. If you enjoyed the likes of Undertale, Grimm’s Hollow will be right up your alley.

When it comes to free RPGs, you will find that there is an abundance of games that are made with one of two major characteristics, usually used together. One is an art style heavily influenced by anime or manga, and the other is the use of the RPG Maker software. It’s a flexible system that typically incorporates the tools to bring an anime-styled RPG without needing to know how to code or create 3D models. Fausts Alptraum is one of the best examples of the use of both.

A horror-themed RPG with heavy story elements, Fausts Alptraum sees you traverse a crayon-drawn world based on the theater play Goethe’s Faust. Packed with plenty of scares, there’s a lot here to play through, and all of it is excellent, boasting an art direction that has seen more effort than some paid-for games that use the RPG Maker. It’s a fantastic little game.

The only one on this list that requires you to be online in order to play it, but also one of the most accomplished action RPGs currently available today, Path of Exile has come a very long way. Released back in 2013, the game even then was an accomplished, if slightly rough around the edges, affair.

But as more and more content was added, and the massive skill tree was better understood, it became clear that what is being offered by this game is nothing short of astonishing. It’s easy to go into thousands of hours of gameplay without spending a penny or seeing your experience diminish. Seasons also bring new themes and content, and endgame plus PvP content is challenging and extremely rewarding. With a sequel promising a whole host of new content, there has never been a better time to get into Path of Exile.