Ubisoft’s The Division 2, released to critical acclaim last month. With massive improvements to the formula of the original game, critics and gamers alike were astonished at Ubisoft’s latest effort. The change of location to D.C along with the game’s constant reward system seemed to fix the major issues of the previous entry. It also helped that there was two failed “loot shooter” around the release of the game. By comparison, The Division 2 seemed like a breath of fresh air for the genre as a whole. The one major praise that critics continue to bestow on The Division 2 is that the end game content remains compelling. However, I believe that the A.I. is what makes The Division 2 shine.

The A.I. of most games within the genre is usually braindead bullet sponges. They pose a treat to the player in terms of doing a lot of damage, but the actual tactics they use are generally lackluster. Games like Destiny and Anthem feature enemies that literally stand out in the open and take as much damage as they possibly can from you. Players usually have over-leveled gear that requires the same strategy as any number of their under-leveled weapons. Essentially, players aren’t expected to face any semblance of a challenge until they reach the endgame and even then, the enemies are usually just more annoying variations of their earlier versions.

Without a proper challenge, the entire experience of a shooter feels pointless. There must be consequences to your actions or else the game feels redundant. Why take cover when you can just mindlessly walk up to an enemy and blow their faceoff point blank? A degree of skill is present in all first and third person shooters that makes mastering the mechanics of the game feel rewarding. However, in the “loot shooter” genre, there seems to be an emphasis on level stats as opposed to actual gunplay, which means that players with a higher level will always trump players with better skills. Some say this is by design, but I believe that its an inherent flaw of the. The resulting experience born from this method is one that has A.I. that refuses to take cover or implement advanced tactics. This remained a stable of the genre until the release of The Division 2 last month.

The A.I. found in The Division 2 is nothing short of brilliant. Not only will enemies flank you, use callouts, switch up their strategies, but they also play by the same rules as you. Meaning that while their bullets can prove deadly towards the player, you’re just as lethal towards them. The fact that most encounters take place in tight/well-designed locations gives The A.I. of The Divison 2 plenty of room to flex their intelligence. Rarely did I ever feel like I was killed due to cheap game design or a lack of proper tools. No matter how high my level got, there was also a need to keep my guard up and play to the best of my abilities. Whether I was in a group or solo, The A.I. remained a rewarding adversary.

Ubisoft’s ability to pull this off in a game like The Divison 2 is truly something amazing. I always welcomed the help of strangers because I felt like their presence was warranted. Even if our entire party was the same level, we still had moments of complete chaos where all of us would go down, or the enemies would flank us. The gradual increase of difficulty found within the game was also an amazing sense of progression. My previous issues with the genre were that I was always waiting for the game to become fun. Fun to me is something challenging and the design of other “loot shooters” made it that I had to grind for hours to see that content.

The Divison 2 however, is game that reminds me of the excellent A.I. found 2005’s F.E.A.R. Every gunfight matters and rewards the player with incremental increases to their arsenal. Moving forward, all games in the genre should take note of how The Division 2 forces players to work together and actually use the social aspects of the genre. The Division 2 is out now for PS4, XBO, and PC. 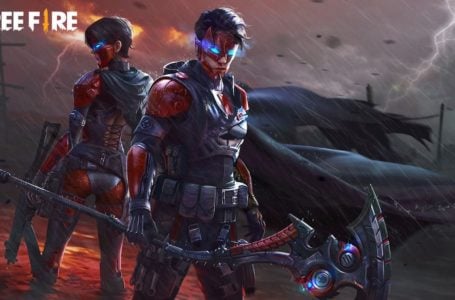