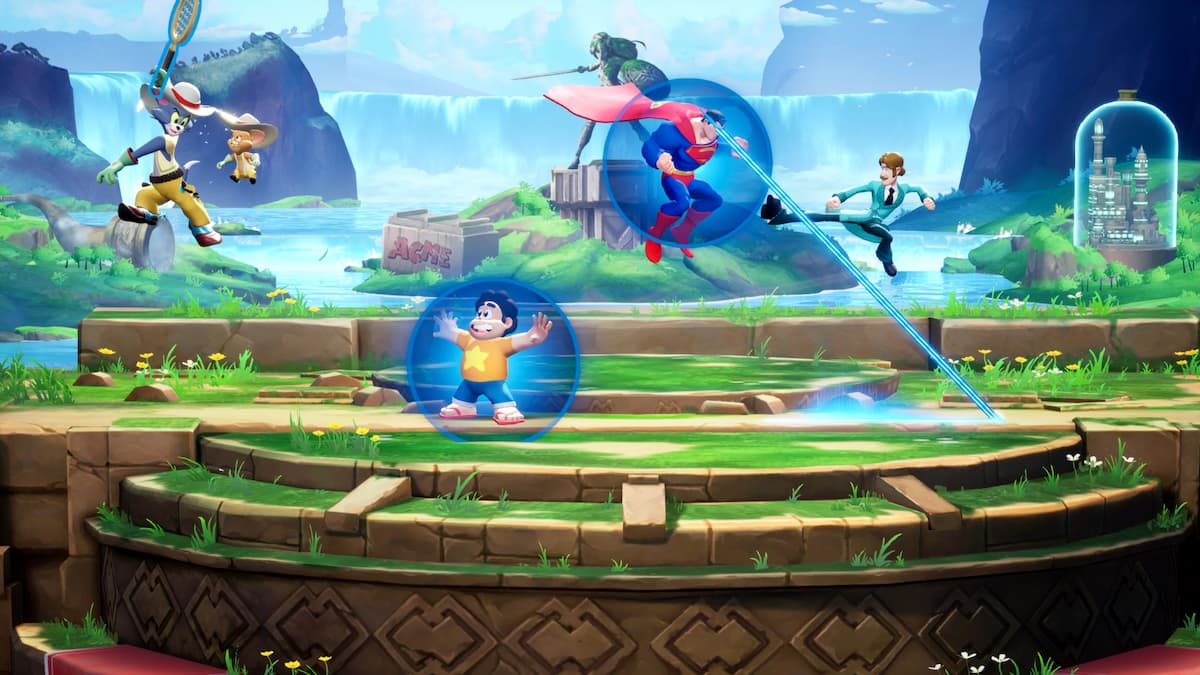 Outside of sitcoms and cartoons, Marvel vs. Capcom showed that crossovers can hold major appeal in games. Super Smash Bros. then took crossovers to newer heights, essentially inventing the platform fighter genre. For the first time, players can control video game characters from different franchises in the same game and fight each other — the ultimate childhood dream for many.

We’re at the point that new character additions for subsequent entries like Super Smash Bros. Ultimate have become major events within the gaming community, sometimes overshadowing other major gaming announcements. Other companies are trying to play catch up — with the release of Nickelodeon All-Stars Brawl and the just-announced MultiVersus, more crossover games will be coming. Yet, many of these games failed to catch the same lightning in the bottle. Can MultiVersus and other potential crossover games find success that so many others have failed to reach?

There are various issues as to why other crossover fighting games had failed. For one, most other crossover games could never match Nintendo’s rosters. While the roster for the first game was only 12 characters, the roster grew to over 70 characters by the time we hit Ultimate.

Sony owns some of the best properties in gaming, so it made sense for the publisher to try to copy Smash’s success with PlayStation All-Stars Battle Royale. Nonetheless, PlayStation All-Stars didn’t have a great selection of characters. Instead of PlayStation icons like Crash Bandicoot and Solid Snake being in All-Stars, we got Fat Princess and Raiden. Ironically, Snake and even Cloud Strife would make their way into Smash rather than All-Stars.

All-Star Brawl lacks content, especially when it comes to single-player. After you complete everyone’s Arcade, there is nothing else to do with the game. The lack of voices for the characters was a glaring oversight, one that the developers have addressed even before the game was released. It didn’t help that Sora from Kingdom Hearts was revealed as the final DLC for Super Smash Bros. Ultimate on the same day All-Star Brawl was released, completely stealing the spotlight. A month out, All-Star Brawl has become mostly irrelevant.

Most importantly though, none of these other crossovers had someone like Masahiro Sakurai at the forefront. Sakurai’s presence as the director of Smash Bros. gave the franchise a face that fans can latch on to. His likable onscreen personality and genuine dedication to fans have made him one of gaming’s most beloved creators. PlayStation All-Stars Battle Royale didn’t have its own Sakurai, and neither did Nickelodeon All-Star Brawl. In fairness to those games, Sakurai is one of few video game developers that the general audience can recognize.

With more crossover games coming, there will hopefully be some titles that can learn from past mistakes. For one, publishers can’t do half-measures with these types of games. They can’t just give the developer a minuscule budget and expect fans to love it simply because of what it promises. These potential crossover games can’t skip over single-player modes either. Smash Bros. Ultimate has an extensive, hours-long single-player option that anyone can pick up and play. Online and multiplayer modes are still very important, but if there isn’t anything else to do when you just want to play by yourself, then you’ll end up dropping the game sooner rather than later.

Online multiplayer modes should also have good net code. No one wants to play a glitchy match online, and it should be a priority for any crossover fighting to have a good online experience. While not every fighting game can match Nintendo’s roster, all crossover games should have a decent size roster with a decent selection. Sony shouldn’t have released PlayStation All-Stars without characters like Crash, yet they did anyway, to the detriment of that game. Also, it is very important that a crossover fight game has someone like Sakurai as its spokesperson. What made people love Smash so much, more so than the characters and gameplay, is because there was someone like Sakurai talking about it.

Warner Bros. is now throwing its hat in the crossover ring with MultiVersus, seemingly avoiding the same pitfalls that others in the past have fallen into. Warner even flexed its muscles by revealing that MultiVersus will have voice work from iconic voice actors like Kevin Conroy and Tara Strong to the game. Warner is making it clear that it’s not taking any half-measures with the game, including features missing from Nickelodeon All-Stars. The reveal trailer for MultiVersus also presented director Tony Huynh as its own Sakurai-like public spokesperson. The game is even going to be free-to-play at launch, incentivizing more people to try it out. The most notable hindrance to MultiVersus is the fact that the roster isn’t that big, though updates can fix that.

Maybe MultiVersus can be the true Smash successor that gamers have been looking for. It’s also possible that a major update for Nickelodeon All-Stars will add in much-needed features, like voice acting and an extensive single-player mode. With those kinds of potential updates, Nickelodeon All-Stars Brawl may become the Smash killer that fans wanted it to be.

With Super Smash Bros. Ultimate completed, and the franchise’s future unknown, companies are keen to try to fill in that Smash-shape hole in players’ hearts so that they can earn all that sweet Smash money. If we are heading to a new age of crossover games, hopefully, these companies have learned from past mistakes and truly make this forthcoming era a golden age of platform fighters.