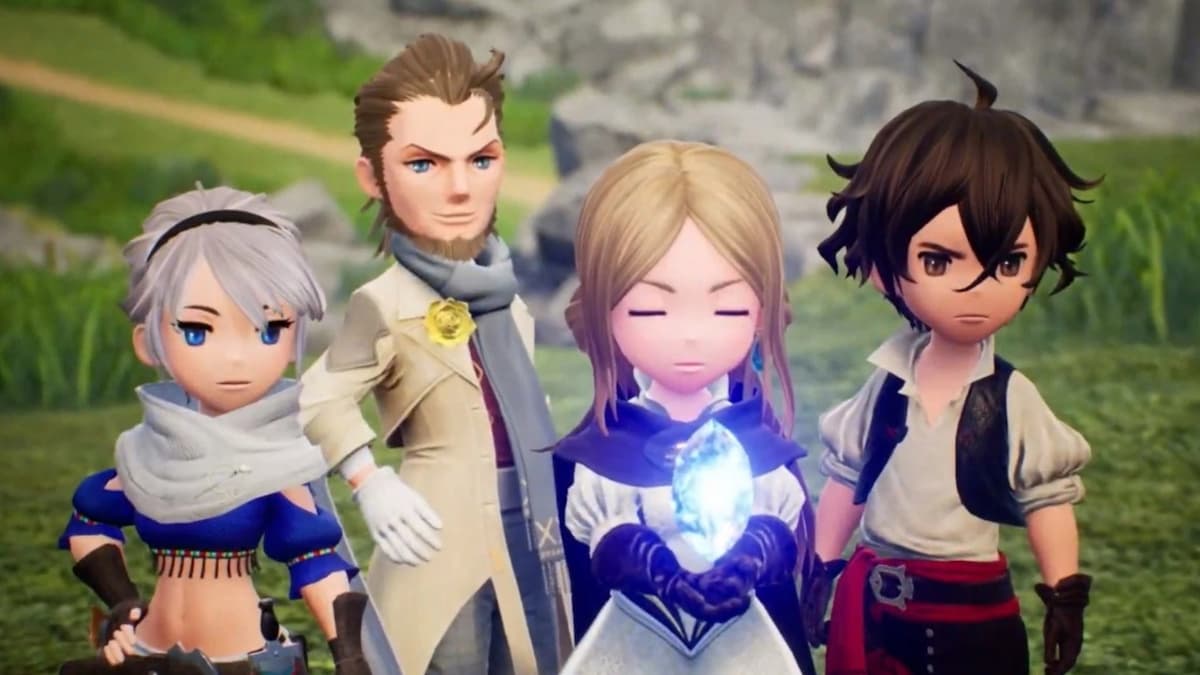 For fans of a specific time in gaming, it can feel like all the things we love are being left behind. That is just how the industry works, marrying old and new until eventually the games that made us seem like distant memories. Anyone who loves a substantial slice of RPG action with the kind of twist that only Square Enix can provide will be happy to hear that Bravely Default II is well aware of its legacy, and both embraces and builds upon it in equal measure.

The original Bravely Default launched in 2012, making its way to America in 2014. The game began life as a sequel to Final Fantasy: The Four Heroes of Light but was spun off into its own thing, drawing heavily from western culture and influences. Bravely Default was well received, getting a sequel in 2015 called Bravely Default: End Layer. This game was not as warmly embraced by critics or fans, which brings us to the third game in the series, Bravely Default II (and notably not III). We feel that Square Enix is about to deliver on the original game’s promise with the latest installment.

We will have a full review of Bravely Default II coming before release, but for now, we want to take some time to focus on the soundtrack. Easily our favorite aspect of the game so far is the music. The soundtrack is stunning, adding a sense of forbidding, whimsy, or panic when needed. It cannot be overstated how incredible this soundtrack is, and anyone out there who enjoys listening to game soundtracks while working or relaxing should add this one to their rotation.

The music for Bravely Default II has been provided by Revo of the Japanese band Sound Horizon. Series fans will know Revo from his work on Bravely Default: Flying Fairy on the 3DS, along with soundtrack work for the acclaimed anime adaptation of Attack on Titan. From the time we have spent with the game, this is one of our favorite gaming soundtracks in some time.

In many ways, it is evocative of the Final Fantasy roots of the series, with large-scale orchestral pieces with rock accompaniments that veer into the best parts of progressive rock. At other times, it scales back to an almost folksy style, always shifting and morphing to suit the exact tone of the game or reinforce the themes and emotional depth of the story perfectly.

We have a lot more to say about Bravely Default II, so be sure to check back for our review closer to the game’s launch on February 26.