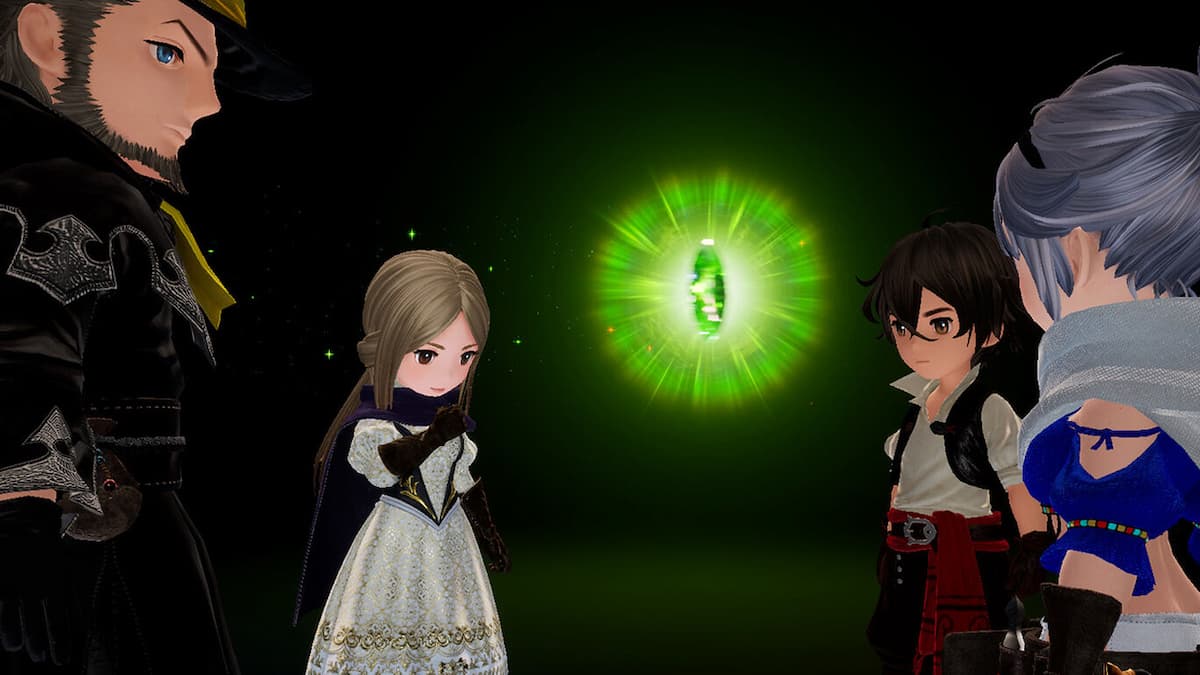 The Hecatoncheir in Bravely Default II is a brute, all arms, and anger. Your first run-in with this enemy is likely to happen as you travel from the first city to the desert in search of an oasis.

It is a rough introduction to the beast, as he stands in front of you, Defaulting, while lesser enemies take shots at you. Eventually, the Hecatoncheir will unleash multiple attacks that are likely to wipe out your party. Due to his substantial health bar, not even Sloan can get rid of him, and if you get distracted by the lesser missions, that is playing perfectly into his many clutches.

The best way to win this fight is simply ignoring the lesser enemies and have your entire party start stacking their Default the moment the fight begins. It also helps if you can hit the Hecatoncheir on the overworld map with your sword, starting everyone in the party with one Brave charge already in their pocket.

When you have 3 Brave charges for everyone, it is time to start unleashing attacks. Have everyone attack the Hecatoncheir, and make sure Elvis uses Blizzard as it is vulnerable to water damage. Just put everything you have into him before he can charge up all his Defaults and attack you.

The lesser enemies won’t do much damage due to your party members’ boosted defense stats while default. The fight seems to be designed as a rough introduction to the idea that you cannot just punch your way out of every fight, sometimes you need to sit back, pick a target, and then unleash a mountain of damage.

The rest of the enemies will be easy to take care of when the Hecatoncheir is dealt with, and after it is over, make sure to pick up the chest they were guarding.