You could say that I’m a fan of survival games. With 431 hours into DayZ, 284 hours into Just Survive, and 442 hours into The Long Dark, the open world survival genre is my bag. In fact, I think most fans of the genre are likely in the same boat. These are games that you sink a lot of hours into because you’re the type of gamer who values exploration, crafting and, of course, survival. It’s an interest in these mechanics that had me hungry to take a crack at The Wild Eight.

The Wild Eight, not unlike The Long Dark, drops you into the middle of a freezing cold winter environment at the site of what is presumably your crashed plane. Unlike The Long Dark, however, The Wild Eight does a small amount of hand holding to get you sorted with the survival mechanics. This involves tasks like building a shelter you can drag around and deploy at will, getting a fire going, and doing a minor amount of crafting.

What shocked me the most about the first minutes of my time with The Wild Eight was how quickly I was near death. Time is greatly accelerated, with hours passing in a few short minutes, and you can get cold or hungry faster than you’re prepared to respond. Luckily, there are a few short-term solutions nearby for food, and you can park your frost-bitten butt next to the burning wreckage of the plane to stay warm. Eventually, however, you’ll want to head out into the world and explore, because besides not dying, that’s what open-world survival games are all about.

The Wild Eight, like many survival games, features a skill system that I dig. You level skills by doing things in-game and it all ties together with a nice flow. I typically end up trying to kill things in survival games, so I was ranking up the applicable skills just by playing. My co-op partner in survival likes to build and craft, so he would build me weapons that I’d then take out to try and murder animals to feed him. It’s a nice system we have, and The Wild Eight doesn’t stand in your way as far as skills are concerned, and that’s all I ask.

I’m also going to take a moment to give a nod to the server system and co-op mechanics. There are a lot of games out there that make this difficult (looking at you, Monster Hunter: World), so it’s refreshing to find a game where playing with friends is so easy that you almost forget to mention it. That’s how it should be. Getting into a game with your friends shouldn’t be memorable for good or bad reasons, it should just work, and it does with The Wild Eight.

While we’re talking co-op, multi-player, and servers, I didn’t try playing in PvP situations and servers. I don’t value that in the least from my survival experiences. Give me AI threats, a cool environment to explore, and my friends, then leave me be. Luckily, The Wild Eight lets you avoid PvP entirely if you wish, although I’m not sure if I’d enjoy playing solo, so be warned.

I found the top-down navigation in The Wild Eight a bit disorienting. Eventually, I learned to point myself north whenever possible, but not until I wandered in the wrong direction and died alone while my crew was sitting toasty warm in a bunker. In fact, I never really cared for the controls at all, and this spilled over into the hunting and combat. It would be easy to say that’s because I admittedly suck with mouse and keyboard, but I manage in most games just fine, so it can’t be all me. I found myself dreading combat with creatures and potential meals, and this is a problem. That is a very large portion of the game that feels unrewarding and frustrating.

Where The Wild Eight really shines is with the way it pulls you in and piques your curiosity with subtle in-game items. After discovering a bunker with a crafting station, fireplace, and beefed up microwave, my team and I also found locked doors. Our focus immediately shifted to finding the key so we could discover what was inches away and yet still out of reach. Out into the procedurally generated snowy world we went, only to die a bunch and never find the key.

That’s where my drive to explore died in The Wild Eight. Death isn’t as permanent as The Long Dark, but it’s still frustrating because the combat and movement remain clunky at this point in its development. I don’t want to spoil things, but my crew came across something we just could not defeat, and it sure seemed like something we needed (perhaps a key) was either on or behind that thing. After a few deaths, the motivation to sprint through the disorienting top-down cold to get back to my body faded because the reward was locked behind something we didn’t understand and couldn’t kill. Maybe we could have ignored it, but that’s not how gamers work, is it?

It’s there that I’m currently stuck with The Wild Eight, really. It’s a brilliant concept and one that’s right up my alley, but it feels like a skeleton without meat on its bones so far. Because it’s top down it lacks the beauty of games like DayZ, The Long Dark, or even the more arcade-like Just Survive. You aren’t there for the view, which means the mechanics and systems must be perfect. So far, the mechanics seem a bit too punishing when it comes to eating, drinking, warmth, and time, and the movement and combat feels clunky.

The Wild Eight is early access, though, and there is enough potential that I’ll keep going back to check on its progression. It’s a bit like Astroneer in that way; it’s bursting with potential and I want to love it, but it just isn’t quite there yet. That’s to be expected in early access.

As per usual, you should go above and beyond with your research before your purchase an early access title. The Steam page warns you to know what you’re getting into before you buy, and so will I. Survival nuts like me will find things here that they like, but it’s far from perfect, which is normal for this stage of a game’s development. Hopefully, however, The Wild Eight takes some steps in the right direction. 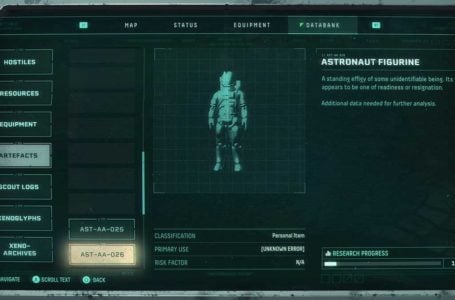 What does the Astronaut Figurine do in Returnal?

How to increase your maximum health in Returnal 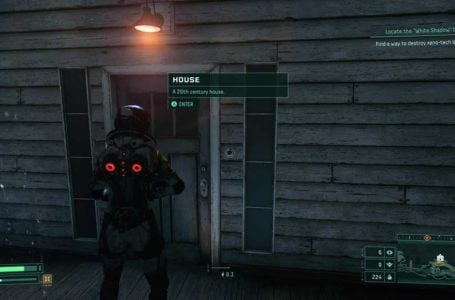 How to unlock the house in Returnal 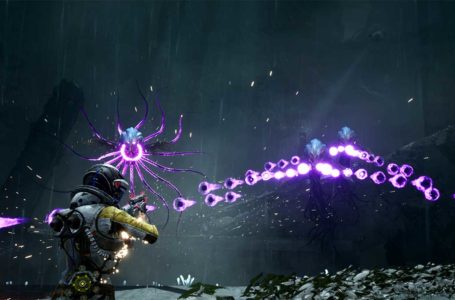 How to heal in Returnal