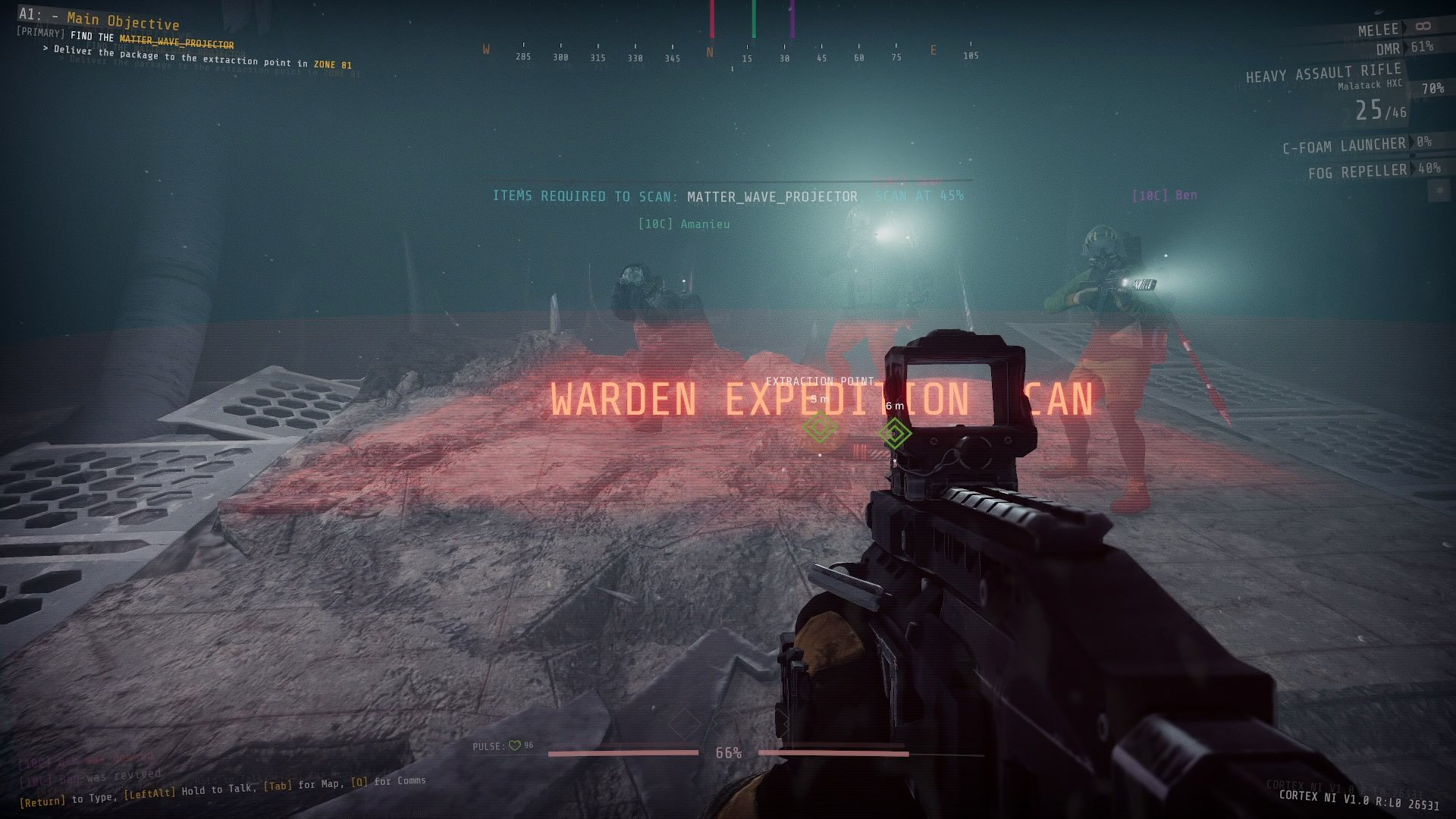 After two years of enjoying various experiences with GTFO, I thought I was done with surprises.

GTFO, a co-op survival shooter from 10 Chambers Collective, is something of an anomaly. In an industry where the run-and-gun accessibility of games like Left 4 Dead is increasingly popular, the Swedish-made adventure instills caution. You never start with a full clip of ammo; you’ll frequently never find enough medkits, trip mines, or ammo packs to feel secure.

GTFO has no interest in making things easy. You’re a prisoner, one of four literally dropped into a zombie-infested pit like it’s a horror ride at a theme park. But even before that, GTFO is willfully and deliberately oppressive. The game literally screams at you every time you open it. Enemies are hidden in deep, thick fog that reduces visibility to a handful of meters. Much of the map is shrouded in pitch-black darkness, creating neat little jump scares where you’ll crawl forward only for a sleeping enemy to slowly awake inches from your position.

It’s an intensity best described as Escape from Tarkov crossed with the xenomorphic, 70s lo-fi thriller vibes of Alien: Isolation. Except there’s not really any item permanence. GTFO has a story, although there’s no direct cut scenes, only snippets of text logs left hidden in DOS-style terminals. Each room you traverse is effectively a mini-puzzle, blending into a larger, interlocking complication that repeatedly asks the same question: how will you survive?

GTFO has thrived on this idea since late 2019 when it first launched in early access. The timing is uncanny given the rise in appreciation for unapologetic difficulty, whether it’s through indies like Cuphead or Tarkov or bigger budget productions like Sekiro and the upcoming S.T.A.L.K.E.R. sequel. And its blend of mechanics and environment is almost catnip for Steam, a platform that regularly surfaces titles with challenging multiplayer experiences.

It’s almost a betrayal: the very idea of GTFO, one that convinced hundreds of thousands of players to take the plunge, was the sense of accomplishment when you finally completed a level. Those levels could take an hour, possibly longer, depending on how slowly players nudged and crept their way through GTFO’s lo-fi halls.

But GTFO is selling to a different audience now. Upon firing up a beta version of R6 — or rundown 6, which is largely how the team and community have kept track of GTFO’s evolution over time — there’s a lot more information. The opening level acts as a tutorial, a void that fans and wiki pages had largely filled over the last two years. The UI has more direct prompts, even going as far as to advise players on what command they need to type specifically. Previously, you’d have to type in old-school HELP commands.

The difficulty of maps has even been split out. In previous versions of GTFO, maps would sometimes feature giant bulkhead doors. These would effectively unlock a harder way to complete the same level, usually containing more challenging enemies, mini-bosses, and just more of everything. That’s a little different now. The main, almost “core” missions, are marked in gold, whereas the harder challenges are now separate maps of their own.

“We’re trying a new kind of concept in how we build [the rundowns],” developer Robin Björkell explained. “There’s no alternative difficulties on the yellow [missions] — that’s what kind of makes them a little special. All the other levels have external layers, so you can layer your own difficulty according to your own skill.”

The first level isn’t a tutorial per se, but the placement and volume of enemies are low enough that most new players should be able to finish it on the first go, if not the second or third. And coupled with the ability to effectively restart missions midway through via the checkpoint doors, I had to ask: did the developers feel like they were compromising GTFO’s identity?

“A very, very small percentage of the player base reached D-tier or E-tier [expeditions] … we wanted more players to experience those higher rundowns,” Bjorkell added. “It’s a way to make it more accessible.”

Despite the Swedish indie’s success over the last two years, GTFO’s persistent problem was that it didn’t even attempt to onboard new players. GTFO 1.0 tries to fix that, although some players will still find the tutorial level a little too hands-off.

Take opening a door on the new A1 level. It spawns a giant UI prompt in red, practically screaming at the team to establish a defensive perimeter before triggering the next alarm. But that doesn’t tell you anything about how you do that. It doesn’t mention the value of jamming up previous doors with c-foam, a sticky, gooey white substance that buys you crucial time.

It doesn’t advise you on turret placement or that turrets are just as prone to friendly fire as your teammates. There’s no real guidance on dealing with enemies’ weak spots or approaches to clearing out rooms. All of that, still, is up for you to discover.

Still, the compartmentalized design of the new “tutorial,” which introduces much larger gaps between enemy clusters, makes it difficult to get overwhelmed. If you miss a swing and an enemy wakes up, well, another two or three might follow suit. But generally, everything is always manageable.

Narrative is a big focus, too, although GTFO’s style means most of the lore is still delivered in the most understated of ways. You’ll find occasional logs left on terminals throughout levels; the first tutorial even has a surprise voice-over hinting at the Warden, the supposed character responsible for sending your team on all these hell missions. And some expeditions will even teleport you into new spaces entirely, spaces with a design and color palette that is completely foreign to the dull metal gray that most GTFO players know and love.

Many quality-of-life changes have been added for the game’s full launch. There’s cosmetics now. Attributes have been added to the game’s suite of melee weapons, providing more flexibility for new players and veterans. A stamina meter has been added to counter players that would simply sprint away from enemy waves. GTFO’s level toolset has gotten an upgrade, too: levels can be much more vertical now, something that’s immediately evident from A1 (the first map in this rundown’s rotation).

But much of the game’s core spirit remains unchanged. Screw up an enemy wave, or mismanage enough fights along the way, and you will be overrun.

To this day, I’ve still never really played something that has the same blend of horror, pacing, gunplay, coordination, or structure as GTFO. It’s a graphical marvel; it might actually be the best-looking Unity game I’ve played to date. The sound design, enemy models, and overall aesthetic is astonishingly capable given the small size of the developer that made it. GTFO is the byproduct of a team blessed with clarity of vision, from the high-level concept all the way down to the minutia of how a terminal interface should look and function.

The only missed opportunity, really, is that GTFO, for now, remains a PC-only game. It’s out now exclusively through Steam, although given Tencent’s investment in the Swedish studio — and GTFO’s consistently high ratings on Steam — a proper console port won’t be too far off on the horizon. 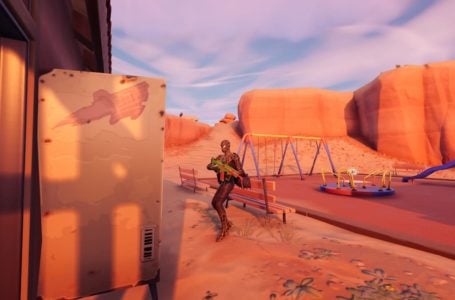 Where to find a Malfunctioning Vending Machine in Fortnite Chapter 3 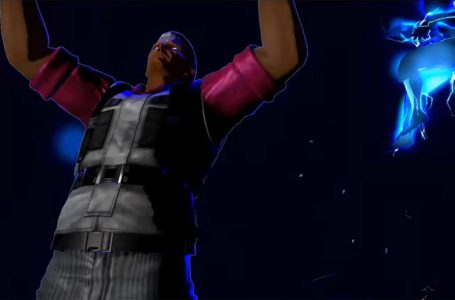 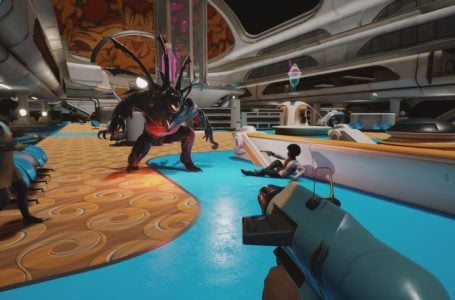 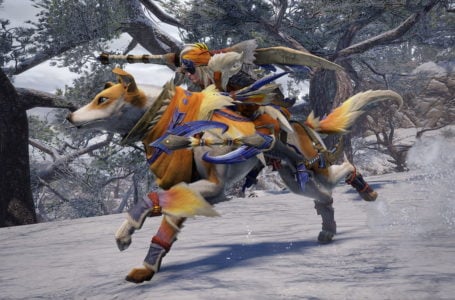 How to get a Character Edit Voucher in Monster Hunter Rise