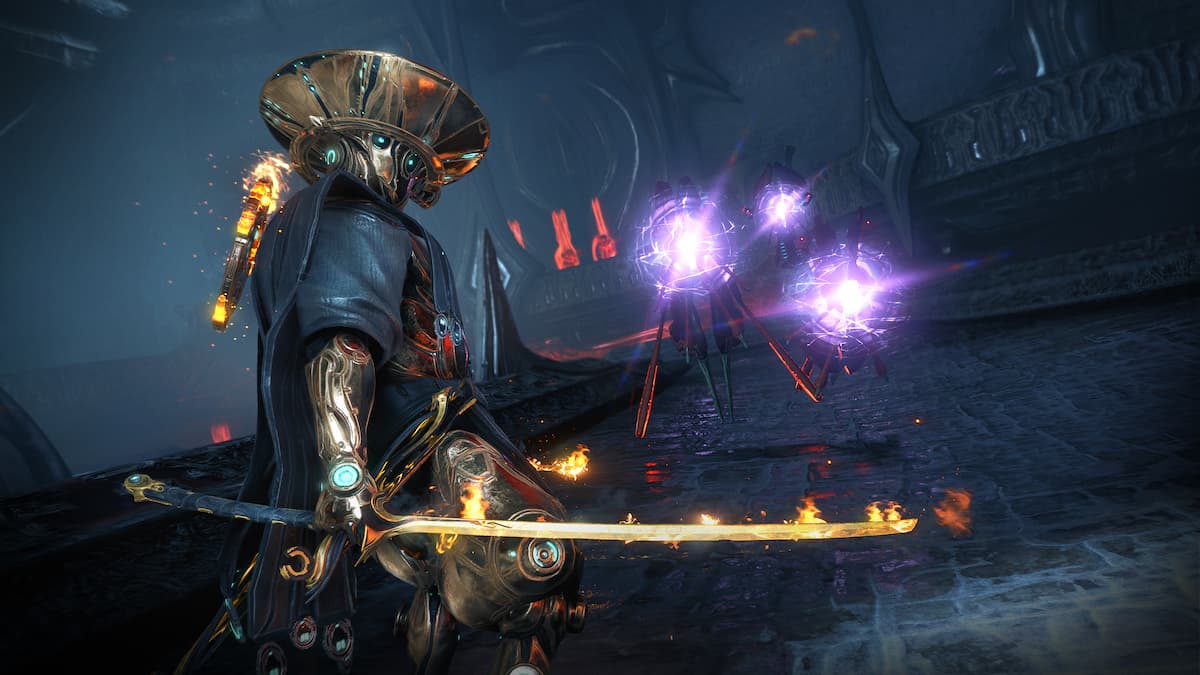 If you speak to any game developer, most will say that game development is not easy, but it is worth it. Depending on the game you are making or sustaining, things can be incredibly complex, risky, and even terrifying.

For a live service game like Warframe, which has spent eight years entertaining people, every update is important, and maintaining constant engagement from players is no easy task. Things are about to get even more complicated with the introduction of New War, its biggest story expansion in years.

Developed during lockdowns in the midst of the Covid 19 pandemic, the developers at Digital Extremes found themselves staring into the unknown without the traditional support structure of team and company in place. As the pandemic displayed a worrying impact upon the world, the decision was made to work from home. Despite this interruption to normality, the team persevered, producing a piece of work that they are hugely proud of, and feel is a vital step in the evolution of Warframe.

We were treated to a behind-the-scenes look at the upcoming content that involved everything from massive battles to exquisite explorations of lore, traversing everywhere from the cold vacuum of space to a session in a classroom. New War is certainly shaping up to be everything a Warframe player could hope for. We also got to chat with Rebecca Ford, Live Operations and Community Director at Digital Extremes, about developing games during a pandemic, pushing Warframe toward the future, and why it’s nice to catch people by surprise sometimes.

The New War has been in development for some time and was initially revealed to players during the Tennocon 2021 event in July. Then, on November 30, during Devstream 158, a regular stream where some of the most senior members of the Digital Extremes team meet up to share news, insight, and development details with fans, a fantastic trailer from Blur Studios was revealed for New War. For the developers on stream, there seemed to be a palpable feeling of relief at being able to show the trailer and having made it through the lockdowns, the work from home period, and the new procedures that forced a team that seems extremely close into working alone.

“We have been put through the wringer. We sat on that couch and it was the first time I had seen some of those people since Tennocon,” says Ford. For the first time in months, the team was back together, able to share the same space. Cramming a new narrative reveal on top just added to the emotion of the moment. As such, it was understandably a big deal. “I think, as time goes on, we’ll be able to talk more openly about what the experience has been like, but it has been really quite taxing.”

Sharing a workspace with people leads to a sort of physical shorthand, subtle but effective ways of communicating mood, tone, and ideas that are lost when taken into a virtual space. The set of someone’s shoulders implies a mood, the timber of a voice conveys excitement or frustration. Motivating and caring for workmates is an easier task when you are all in a physical space together. “It’s really hard to focus on the positive productivity when you are constantly doom scrolling”, says Ford.

But Devstream 158 saw people back in the office, back together again, and with the results of all their hard work on display for a captivated, eager audience. And that audience is hungry for Warframe content. Gaming has seen a massive engagement boom as people have been trapped at home. Thereby, fans have been turning to Warframe more and more to entertain and distract them from the harsh realities of a world dealing with a widespread health emergency and a lot of uncertainty.

It is telling that the response to this pressure has been what appears to be Digital Extremes’ most ambitious addition to Warframe in years. For the first time ever, players will be able to take on the role of new playable characters. Fan-favourite Teshin will be pitting his skill with the sword and mastery of the elements against the invading Sentients, while Kahl-175 the Grineer, and Veso the Corpus Tech allow players to get a taste of life as two of the main antagonist races in the game.

Each character has their own gameplay style and abilities, which basically saw the team trying to design the equivalent of three new Warframes at once. “The process was thrilling. It was so different and weird, and every department had a role in it,” says Ford. So much needed to be considered, from the way the character HUDs would look, to how their superiors might communicate with them, to what kind of transitions between characters would even work in the game’s engine. “It was just so much fun to watch unfold because it got better every day” Ford exclaims, clearly delighted at the team’s ability and eagerness to dig deep into the minor details to make the characters feel real and alive, entirely part of the established world of Warframe and not just tacked on as a gimmick.

For Digital Extremes, one of the most rewarding parts of the initial reveal of the New War, all the way back at the aforementioned Tennocon event, was catching a surprised playerbase off guard with the news that new playable characters were on the way. “To kick off the New War from those perspectives, I don’t think anyone saw it coming,” says Ford. “To me, it was so validating in how weird everything is going to be. To just be so wildly unexpected feels good sometimes.”

One of the standout elements of New War is how long the story quests last compared to previous updates. Players can expect to put four hours or so into watching the events that begin the New War unfold as the Sentients crash into the Origin System. Interestingly, the very non-traditional structure of Warframe is going decidedly old-school for New War. Hundreds of hours of gameplay invested by players across a range of smaller missions and quests will arrive at a large group of connected story missions, cutscenes, and exposition that will explore all the threads that have led to this point in the tapestry.

This is the closest that Warframe will get to feeling like a standard game. In that way, it will have an interesting uniqueness when compared to the rest of the game that will help it stand out. “ This is the first time you are getting that, and it’s hundreds of hours into the game”, says Ford. “It’s the only thing like it in Warframe, and this quest is the only thing of its kind within the game. It’s Warframe, but it’s a different way of doing it.”

What comes after the release of New War is, perhaps, even more exciting, as Ford speaks about a feeling of freedom to do whatever they wish in a post-New War world, while still giving players room to grow the characters that they have played for nearly a decade. Assorted narrative threads will have been weaved together, players will hopefully have been enthralled, and then the next stages of Warframe’s evolution can unfold. “Once players get a feel for what the New War brings, I think they will understand the direction that we choose to focus on afterward,” says Ford. “I think it will all make sense.”.