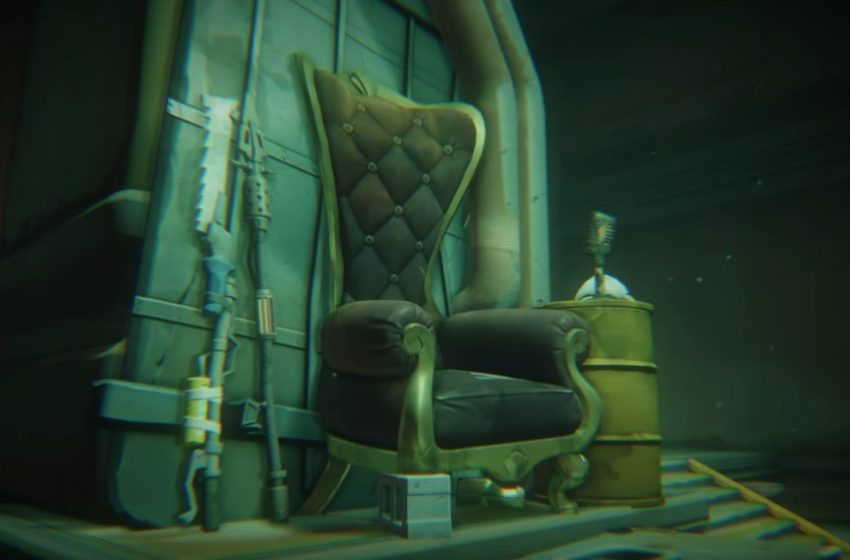 I’ve had a go-to shooter for as long as I can remember. Even as far back as when my only console was the PS2, I played Turok, or one of the various 007 games, or whatever I could get my hands on. Halo, of course, was the logical next step, up through Reach, until Halo 4 disappointed me enough to kick me off the franchise for good.

Concurrently though, I was an avid player of Team Fortress 2. I started playing on the Xbox 360 with the Orange Box collection in 2008 and didn’t migrate to the PC version until 2011. I played that game on the daily, and even more when I swapped to PC, even to the point of forming a competitive team with some friends and competing in UGC’s Highlander league. We didn’t do the best, but hey, it was fun enough for me to upload some truly terrible Youtube videos to relive those memories.

Unfortunately, all good things come to an end, and the end of my patience came in late 2015. The game had become too bloated, the balance too wonky, Spy particularly also broken (this was a period where your bread and butter disguise feature did not function due to graphical glitches), and the community too adrift for me to keep playing.

Why Overwatch Fails As A Shooter

I went nearly two years without an FPS to play after that. In mid-2016, when Overwatch was released, I was intrigued. It was played up by much of what remained of TF2’s SPUF forum community (which I still interacted with even after leaving the game) as the Team Fortress 3 we would never get. Unfortunately, I was broke, and my computer sucked too much to run it anyway, so I languished in FPS-less limbo until late 2017, when I finally got a chance to pick it up.

I loved it at first. It was smooth as butter, it looked beautiful, and I had fun with a lot of the characters. More importantly, I had a good-sized group of friends to play it with, and we played just as much Free For All as we did Quick Match.

Not even a full year later though, I had dropped the game for the most part. By the time Brigitte was released, my interest in Quick Match was nil, and our collective interest in Free For All had waned. I remember getting on again to play not long after Ashe was released, but we all drifted away within a couple of days after that.

The question is, why? On the surface, Overwatch is everything I wanted in a shooter after Team Fortress 2. Class-based, team-driven, objective focused. A cast of colorful characters with unique abilities. Bright, cheerful locales and a large player base.

It took me a while away from the game to realize what it lacked: rewarding shooter mechanics.

Almost everything about how Overwatch approaches the FPS genre is flawed in some way, from the larger picture down to the very little nitpicky details.

We’ll start with the nitpicky one I began to notice the most: the sounds. Overwatch’s guns sound wrong. Like a middle ground between a cartoony shooter like TF2, and a more grounded one like a military shooter. They lack the punch, pizzazz, power, and wacky over-the-top-ness of a cartoony weapon, and the crisp, precise, satisfying exaggerated realism of a military shooter’s weaponry.

They are, in short, very unsatisfying to use. I say this is a nitpick, but sound design is a huge part of what makes something enjoyable. Without weapons that sound good, weapons don’t feel good. And the weapons in Overwatch feel disconnected from their results, which makes it hard for shots to feel “real”.

This is exacerbated by the more significant design problem: relative damage and health in the game. Forgive me in advance for the sins I’m about to commit: we’ve got to do some quick math.

Whether cartoony or not, one of the main thing that makes a shooter fun is how fast-paced the gameplay is. Seconds matter. FRACTIONS of seconds matter. An unwary person can be killed by a flanking Scout in .625 seconds in a match of Team Fortress 2 (a perfectly aimed “meatshot” at optimal range does 105 damage, with a .625 second refire rate; every class but Heavy has 200 HP or below).

In my current shooter of choice Rainbow Six: Siege you can die instantaneously with zero warning, as headshots always instakill. Barring headshots even less than stellar weapons can kill in fractions of a second (IQ’s G8A1 LMG fires 14 rounds per second, each dealing 37 damage; also an amped, armored Doc, the tankiest possible character dies in 5 shots or less than a third of a second).

Compare Overwatch. Even taking a simple DPS vs. DPS matchup (Soldier 76 vs. Himself), the cracks start to show. A Soldier 76 does about 180 DPS in optimal range with his gun and has a 1.55 second reload time. In optimal range, if all shots hit, it takes Soldier 76 2.66 seconds to kill a squishy target. This can be mitigated by headshots and use of the Helix Rocket, cutting that time down drastically, but the point is clear: generally speaking Overwatch is a slow game compared to most other shooters.

This is even worse when you compare him to meatier heroes (like Roadhog, or even beefier DPS characters like Doomfist), factor in barriers, factor in healing, and the damage reduction gained from recoverable shields and armor (which is just a flat damage reduction) and a host of other damage mitigation factors unique to certain characters.

It creates an overall feeling of the game being a slog, which I imagine adds to how toxic the community can be to people who are perceived not to be pulling their weight.

All of these things are not unique to Overwatch, certainly. Both of the other games I mentioned have their version of this, with TF2’s Medic class, and Operators like Doc, Finka, and Rook in Siege. But in no other shooter I’ve played are they so prevalent and so easily stacked with each other.

This is made even more frustrating by Overwatch’s hyper-focus on ability interactions being the core of the game. You would think this would help, as in the scenario mentioned above, factoring in Soldier 76’s Helix Rockets would speed that interaction up considerably, but in reality, it’s just a drop in the bucket compared to how damage mitigation abilities are so much more common than damage boosts.

Another game I’ve been playing lately is Heroes of the Storm, Blizzard’s MOBA. I’m not a huge fan of MOBAs in general, but HotS is just casual enough for me to stick with it for my friends and enjoy myself when they’re around.

What strikes me about this is that all of the Overwatch characters are functionally identical in HotS as their counterparts in their home game.

This is not the most original statement in the world, but I think it rings true, which is why it’s repeated so much: Overwatch is a MOBA without the top-down perspective. The focus on objectives over kills, the Ult economy being king, the slow pace, the long periods of grinding through damage mitigation before a crescendo of kills, the feeling of helplessness as a team wins in the early or midgame and snowballs that into an inevitable, but still a slow-coming victory.

The feel of both games is very similar despite their supposed difference of genre, and I think it’s the core failing of Overwatch’s design. Each hero is designed with a distinct ability set that fills a very specific niche, and is meant to be countered by another hero with another very specific niche.

In short, Overwatch fails as a shooter because it draws on the wrong genre of game for inspiration in its design.

That leads into the final issue, and one that might be a bit more controversial than the others: due to the rest of these factors, I think Overwatch devalues personal skill, which is the other huge tenet of a shooter as compared to other games.

Each player feels like they matter less; everything is team-oriented.

In small doses this is good, but to the extent, Overwatch has implemented it, I think it very much puts a damper on how much the game can grow, evolve, and change the competitive meta.

There are very few emergent strategies in Overwatch. Few hidden tricks or strange, specialized skills for players to learn, and little to no ability for a player to potentially “carry.”

While Overwatch has done an admirable job of keeping the game accessible for all players, which is an excellent idea for any developer to keep in mind, I think it has also crippled itself by artificially limiting the skill ceiling of the game along with lowering its floor.

Everybody likes to feel like a “hero”, have those moments where they, specifically, and without qualification won their team the game. The Play of the Game system tries to instill this sense in a player, but ultimately it feels hollow and unearned in most cases, since PotGs typically fall into one of two categories: impactful ultimates, and shallow killstreaks.

While the game is still popular, I think the general public’s interest in Overwatch is waning due to these factors, at least in regards to the circles I run in. It may find itself needing to overhaul the game from the ground up or begin swiftly hemorrhaging players once people at the top level start realizing this if they haven’t already.