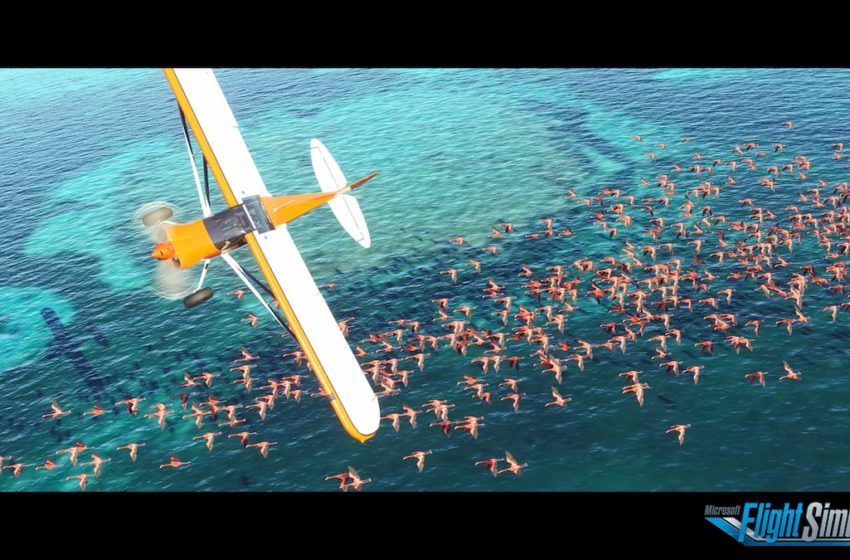 If you’ve ever seen the inside of a plane’s cockpit, there are many buttons in there. Setting aside all the technical information about aerodynamics and engineering that a pilot must be aware of, flying a plane sounds pretty stressful. Sure, there’s not always a lot around that you might hit, but the stakes are quite literally pretty high.

But it also sounds like flying a plane can be awesome—when done right. Luckily, if you’re looking to get that thrill from your own home’s comfort (and safety), there are tons of flight simulators you can get. Take to the skies with our recommended titles.

It’s hard to go wrong with one of the longest-running, most popular flight simulator franchises of all time. While the original version might have come out back in 2006, 2014 saw a new edition with updated graphics released on steam. There are over 24,000 different locations you can fly over with 24 different aircraft. This title should definitely tide you over until the next entry in the series is released later in 2020.

Okay, so we know the Ace Combat series isn’t exactly known for it’s verisimilitude to real-life flight and aerial combat. The story is bonkers, to say the least (one plot arc sees a giant asteroid hitting the Earth and spurring a world war). But there are few flight simulators out there as pretty as this one, and the arcade-style gameplay is exhilarating, to say the least. There’s a reason these games have been blockbusters for the last twenty years. Even if you’re not into the melodramatic story, you should check Ace Combat 7 for the polish and fantastic controls.

If the ludicrousness mentioned above isn’t your jam, X-Plane 11 is a much more “grounded” experience with exceptional amounts of polish. It came out in 2016 and doesn’t feel like it’s aged a day. The graphics and level of detail go above and beyond even Microsoft Flight Simulator X. For the smoothest and most faithful flight-sim, we highly recommend X-Plane 11.

You’ll still be “flying inside” your home with this one, but it won’t seem that way. With ten different aircraft and the entirety of the United States, you can see it all in virtual reality with Flyinside Flight Simulator. If you’ve got a VR setup, you’re not going to want to miss this one.

Officially released in 2016, War Thunder is much more than a flight simulator. It’s a full-on vehicular war-sim with air, land, and sea vehicles. Nevertheless, the flying feels great, and with a robust multiplayer and thriving community, you can play this game for years. Many other players have.

This new edition of Aerofly FS has tons of content and performs exceptionally well graphically speaking and gameplay-wise. It might not have as many aircraft and airports as X-Plane 11 (although with over 300,000 square miles to fly over, it’s got a lot), but it’s one of the best-looking flight-sims available.

If you’re looking for the definitive helicopter-sim, here it is. It might have released back in 2011, but it still stands up with extremely high fidelity flight mechanics.

If you’re looking for a more historically based military flight-sim, Rise of Flight depicts WWI flight combat with blistering intensity. It’s free-to-play and features biplanes. What more could you want?

For a more modern but equally detailed military flight-sim, Combat Air Patrol 2 has everything you need. It’s a graphically beautiful game and features aerial and naval combat options. It’s also surprisingly approachable in terms of controls and mechanics.

Is YSFlight the best looking flight simulator? No. It’s definitely, in fact, the worst looking one on this list. But everyone doesn’t have high-end PCs, and this freeware from 1999 will run on practically any computer and is still a joy to play. Check out this classic if you’re short on options—it definitely isn’t going anywhere anytime soon.