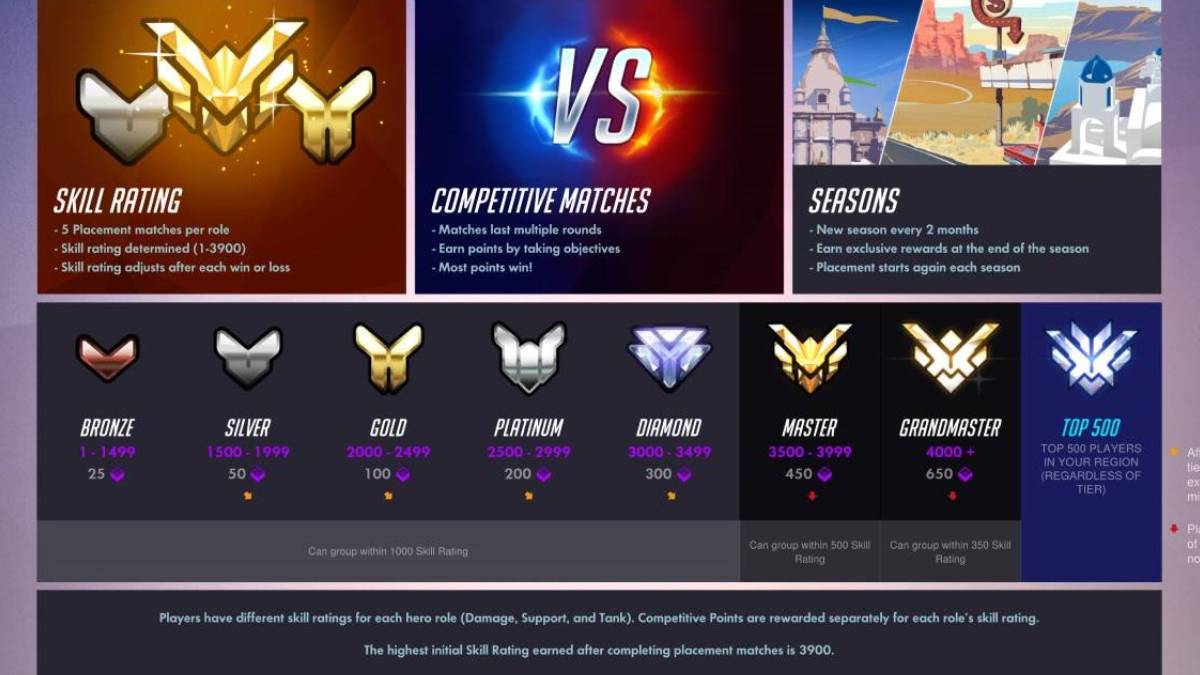 Overwatch can be challenging. The game is akin to playing 4D chess that moves at 400 miles per hour. Poor matchmaking, throwers, leavers, and smurfs (highly skilled players feeding on low-skill lobbies) are the likely complaints. Here are some ways to help with the climb and see that rank-up screen more often.

Across the internet, players are advised to stick together and stack as a six in one spot. The problem is that the teams that do this have a hard time with map control. Map control wins games. Any space the enemy team cannot enter without risk of death is under their opponent’s map control. The easiest way to do this in ranked games, especially for Damage and Off-tank players, is to take a slight off-angle. Stand to the left, right, and/or above where the team fight is taking place, and use your weapons and abilities to apply pressure on those not paying attention. Learn this now because Overwatch 2 will demand the skill to climb.

Having the best aim on Widowmaker doesn’t matter if the enemy team has nothing else to focus on. Overwatch is a game about angles and timing. Make sure whatever damage and pressure are applied to opponents, syncs with when the team fight starts. Off angles and flanks are powerful because it’s hard to focus on two or more things at once during combat.

Players often comment that their teams are filled with trash and games feel like hard carries. The thing is, every game should feel like a carry if we’re deserving of the next rank. Games should only become challenging once skills plateau. Carry mindset of being the best player in each lobby and have the confidence of the smurfs we keep hearing about.

Playing too many heroes

Overwatch has 32 heroes to choose from, so the temptation is real. Playing a wide variety keeps the game fresh, but that doesn’t help climb the ranked ladder. Pick three at the most and then learn them inside and out.

Focusing on the fluff

Mechanical skill is important, but Overwatch is more of a thinking game. Making better decisions leads to better outcomes.

The medal system in Overwatch is one of the most misleading and toxicity-inducing things we’ve seen. Don’t use statistics to prove a teammate is letting the team down. The in-game stats are contextual and don’t help win fights. The only things that matter are if the team fights were won or lost, objective progress, and any personal skills worked on. Don’t fall for the medal trap.

Tanks are not shield-bots that need to sit on objectives and supports aren’t heal-bots that need to solely heal teams like walking health packs. Tanks should be looking to take space on maps in between team fights. Supports should look for ways to apply offensive pressure to end fights faster.

Too scared to try

If a teammate wants to push ahead and take a numbers advantage or spawn camp after a team fight, then help them. Six people making the wrong decisions works a lot better than everyone doing their own thing. Playing not to lose is not the same as playing to win.

Playing too much and too long can and will lead to fatigue. We don’t play our best when our minds are overly taxed, so give it a break. Play some other games, read a book — anything that takes the mind off of Overwatch. Pro players put rack-up hours in because they have to.

It sounds like work, but climbing is work. Find a map that wasn’t a blowout, for either side and watch it back. Take note of reloads, positional errors, timing mistakes, etc. Pick one thing and focus on that skill during the upcoming play session. Focus on that skill until it’s internalized then move on to another skill. If the original issue comes back, iron it out some more to cement good behaviors.