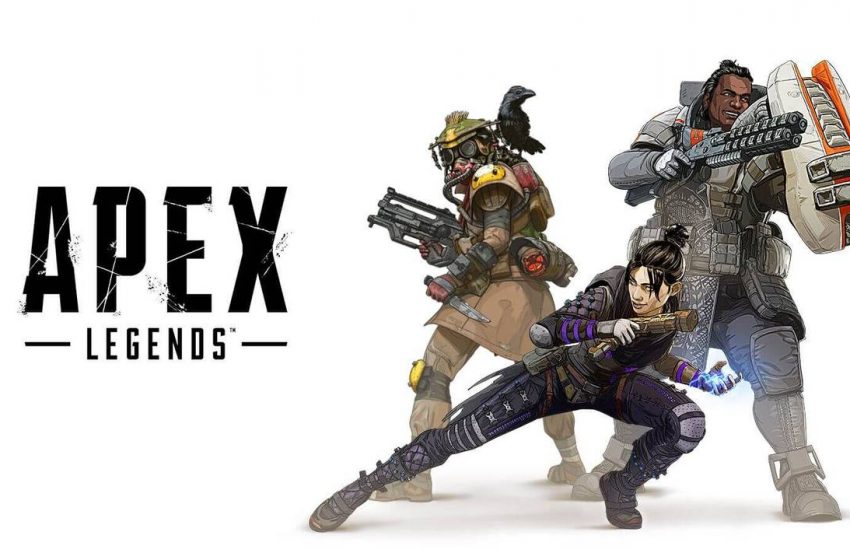 With so many people playing this game at such a rapid pace, it’s easy to feel left behind. Here are 10 things you probably didn’t know you could do in Apex Legends that will make you a standout squadmate.

Pathfinder is easily one of the most agile characters in the roster. His ultimate is a zip line his entire team (and enemies) can use to traverse across the map, and his standard grapple ability grants him access to areas not every character can reach.

If you’re good at aiming it, Pathfinder can land his grapple on opponents and close the distance, too. Knowing this makes Pathfinder a great character to wield an SMG or shotgun, as he can get in close within seconds. Landing the grapple takes precision and proper timing.

Wraith’s ultimate, Dimensional Rift, has her placing two connected void portals on the map that her team can travel between freely—so can anyone else, though. The ability makes Wraith a great legend to help her team flank another, or to escape a tricky situation.

If any of her teammates are down, they can still use the portal. If Wraith puts her portal down in one spot near her downed teammate, she can transport them away from the fight and revive them. When their ally heals up, they can warp back to the battle for some payback!

Bloodhound’s passive ability, Tracker, grants them the ability to notice any markings an opponent left behind. They need to be fresh tracks, though. This ability makes Bloodhound an excellent spotter who can warn their team if they’re about to jump right into the middle of a squad who are a little ahead of them.

If a Bloodhound truly wants to get the drop on another squad, they can use a ranged sniper optics to expand their tracking ability. When the Bloodhound views down sights, they can see an opponent’s trail at great distances, making them the ideal sniper for any squad.

You Can Wall Hang

Because Respawn created Apex Legends, the makers of Titanfall and Titanfall, the movement and gunplay feel incredibly fluid. It’s one of the reason’s Pathfinder’s grapple feels smooth.

Another thing they brought over from the Titanfall games was the ability to wall hang. When you run the side of a wall, your character can stick their head out to look over. To do this, you need not complete the entire movement of your jump over but perform it enough to make it up the wall and look over. Getting this down takes a bit of practice!

Unlike in PlayerUnknown’s Battlegrounds, Apex Legends does not highlight what type of armor an enemy is wearing. If you’re watching them run around from a distance, you can’t know if your well-timed sniper shot will take them down, break through all of their armor, or only cut it in half.

After your first shot lands on someone, you’ll tell what type of armor they’re wearing based on the damage output numbers. Here’s the breakdown:

You’re going to find gear hidden within buildings, supply bins, and drop pods that come in from the sky. Luckily, whenever you enter a new location, you can see what type of item rarities you’re likely to find. If you look hard enough, you may discover a small, hidden robot that looks exactly like an Apex Pack. They should little-glowing sides, much like the pack, indicating what’s inside of them. Destroy this, and you’ll get some great gear, no matter what location you’re in.

Running inside of a building is a great way to lose any enemies hot on your trail. If you aim it correctly, you can force them into a chokepoint and ambush them using the walls around you.

However, if you’re tired of running straight into a fight, you can always destroy the door! It’s not immediately apparent, though. You can use a frag grenade, or shoot the door a ton and waste ammo. Either way, break down doors leading into buildings and shoot your cornered prey from afar.

Breaking Off Increases Your Drop Speed

It’s infuriating to jump into a game with random squadmates and see one immediately pull away from the group during the fall. You’re not only down an ally, but now you’re outnumbered in almost every fight you encounter moving forward. While they could pull through and meet up with you later, they’re likely going to get overwhelmed and leave the match after they die.

However, if you remain with your squad and pull away from the jumpmaster, you can land a little quicker than the rest of your team and grab weapons immediately. The best tactic is to keep your squad within range, and not pull too far away that it takes you more than ten seconds to sprint over to help them in an early-game firefight.

You Can Ping Empty Weapon Slots

You can ping all over the map and never speak through voice chat to let your squad know critical knowledge. For example, when you see a weapon or piece of gear you don’t need you can ping it, and your entire team sees it. They can then call dibs and run over to grab it.

You can also ping in your inventory. When you’re wielding a weapon and are missing any critical slots, you can highlight it and ping it. Much like the other ping, your entire team gets notified about what you’re looking for, making sure they call it out if they find it.

You Can Turn on Compact Loot Prompts

After you’ve played enough Apex Legends matches, you start to immediately know what items you want to loot off the ground and what gear works best for the weapon you’re wielding.

You can turn off the additional information shown in the game in your options. To do this, go to your options and go to the “gameplay” tab. It’ll be the first called Interact Prompt Style. This option reduces the amount of flavor text you see about the items you’re picking. You don’t want to do this when you first start!