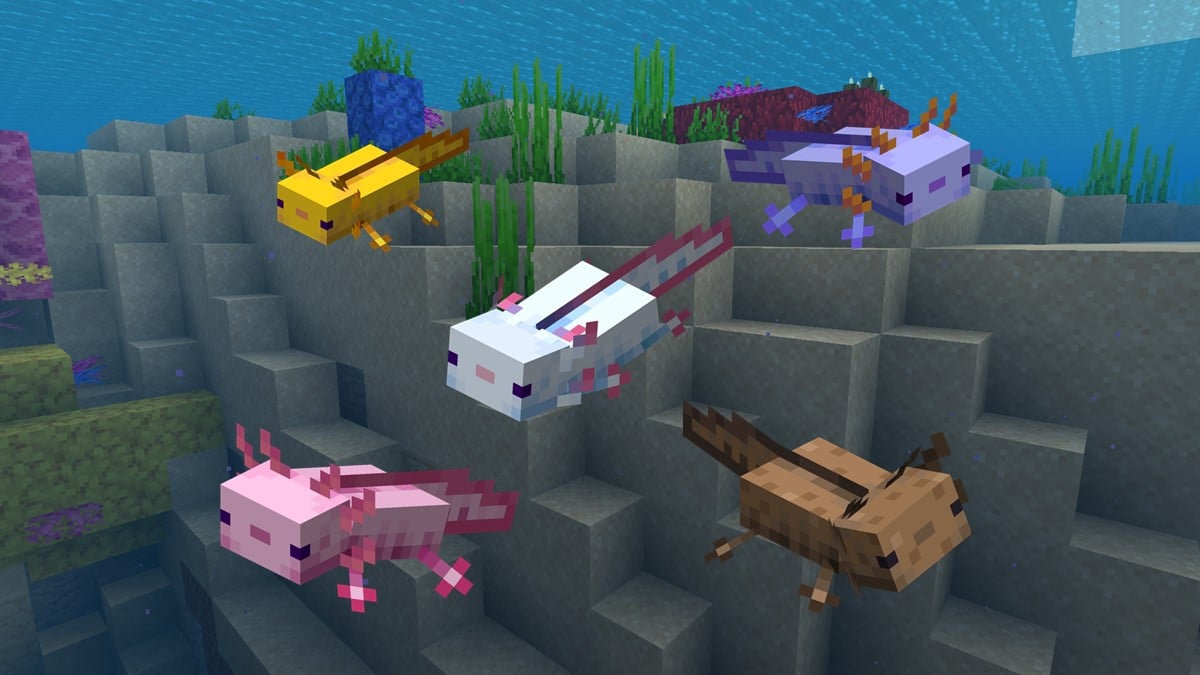 When you think of an Axolotl, you probably think of the pink Axolotl first. Minecraft, however, has a whole rainbow of Axolotls for you to lure in, fight with, breed, and collect. Overall, eight different textures have been used for the Axolotl; however, only five are currently present in the game. Two are older versions of current in-game colors, and one is an unreleased color that may make a future appearance. Let’s take a look at every Axolotl color in Minecraft.

Common Axolotl colors all have the same spawn rate chance of roughly 24.98%. Overall, there is a 99.917% chance that a spawned or bred Axolotl will be a common.

Rare Axolotls are extremely hard to find, and only have a 0.083% chance of spawning. They also, however, have the same chance through breeding if you wish to try for one repeatedly.

Related: How to breed Axolotls in Minecraft