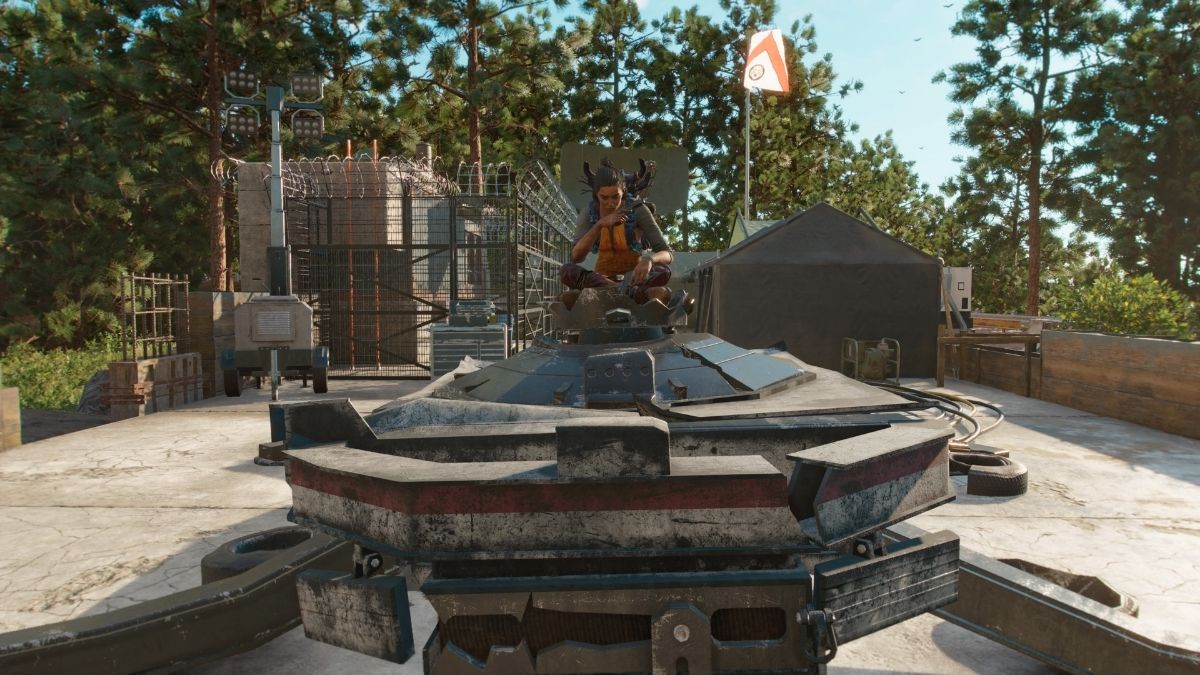 Anti-Aircraft Sites are another type of outpost in Far Cry 6. These areas are in restricted zones that sometimes have a lot of enemies roaming about. The sites themselves have several guards that watch over an anti-aircraft gun and taking it out is a must.

Anti-Aircraft Sites protect the skies of Yara and prevent you from flying helicopters and planes over the island. If you happen to fly into one of these restricted zones, they will give you one warning before shooting you out of the sky.

Site Eta is located in the northern section of the region. There is a nearby Checkpoint that you can clear before heading down to give you a good fast travel point to reach it. There are about three or four guards protecting this site which is fewer than the normal number you will run into. Make sure to grab the Uranium after destroying the gun. It can be found nearby.