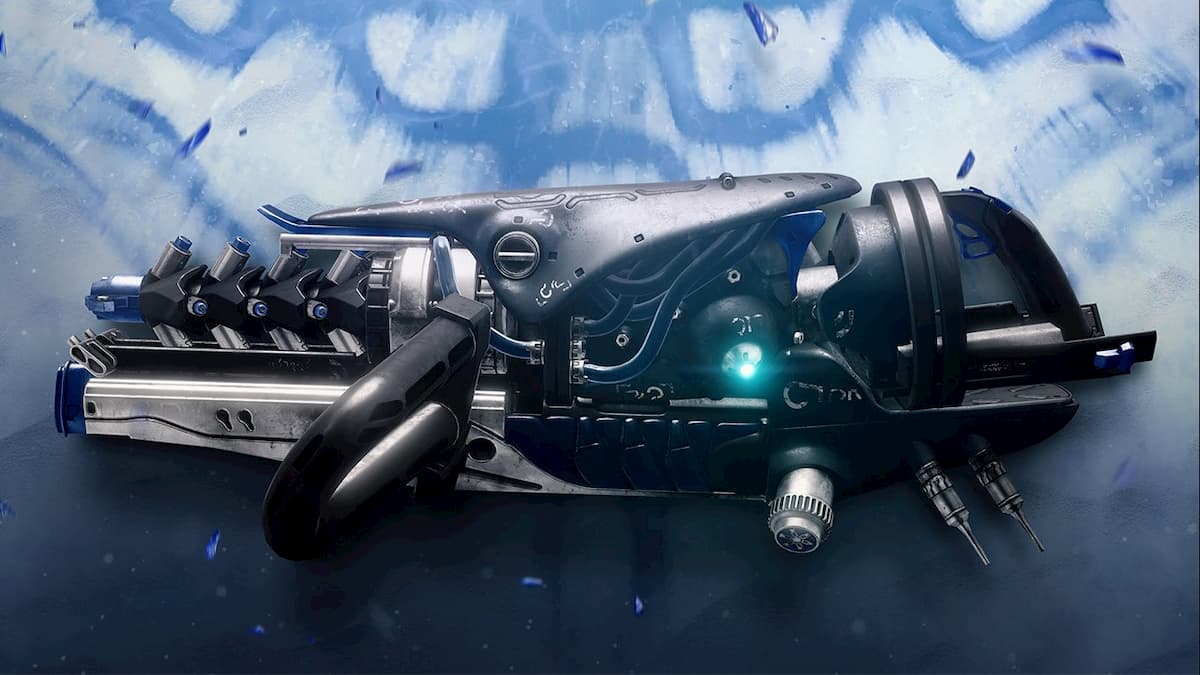 A new Destiny 2 expansion means new Exotics, the top tier gear that all Guardians are eager to get their hands on. Beyond Light will be introducing plenty of new weapons and armor pieces to the game, so we are putting this article together to run through all of them.

When the expansion releases on November 10 we will be updating this article with details on how to actually get them in the game, so make sure you check back when you are exploring Europa to find out how to get them all.

There are four Exotic weapons that we currently know about, and Hunters, Titans, and Warlocks all have some Helmets and Gauntlets on the way. There is a strong hint that each class may also get some leg armor, but this has not been revealed yet.

No Time To Explain – Pulse Rifle

The No Time To Explain is the Exotic version of the Stranger’s Pusle Rifle. You can get this, and the Exotic Catalyst, as a preorder bonus if you pick up Beyond Light before November 10. Landing precision hits against enemies that are affacted by Stasis will cause those rounds to return to the magazine, and doing it enough will cause a portal to appear that also fires bullets, which is a neat trick.

Precision hits will cause lightning bolts to strike, while landing them quickly will generate a full-blown storm overhead.

Destiny finally gets the ultimate Warhammer 40K weapon, a great big chain sword. Blocking with this weapon will cause those teeth to spin, damaging enemies and healer you.

Shots from this Grenade Launcher will cause Statis crystals to form near targets, and you can charge the shots to create extra crystals.

This will generate an overshield for your Titan, but exactly how this happens is a little murky right now. The description says “on revive”, but we don’t know if this is you reviving someone else, or you being revived.

This Exotic will turn yuour Titan Barricade into an overshield, so it automatically seems like a better options that the new Titan Helmet.

This will turn Hunter dodge into a Shift, which sounds like a nightmare to deal with in PvP. We suspect this one will be highly prized.

This will improve the Hunter’s throwing knife ability, adding an extra bounce, damage bonsues on precision hits, and stagger to enemies.

The Dawn of Chorus will buff your Daybreak super, causing extra damage and damage over time. You’ll also gain melee energy with each burn tick.

Inflict damage over time from melee hits, and killing an affected target will both spread the corruption and return melee energy. This one really sounds interesting.